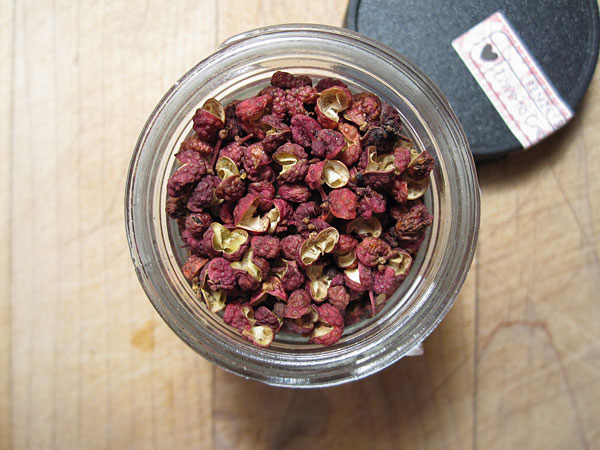 Every few years, when the sun, the moon, and every other star in the universe align in such a way that the 3rd Sunday of the 6th month of the year is exactly the 21st day of said month, we have what we might call an astrological moment of astronomical proportions — my birthday is the same day as the Summer solstice. It's like a lunar eclipse. Or a solar eclipse. Or an enormous flaming meteorite ripping through the atmosphere, crashing into the planet and sending tidal waves of pain, panic, and other things that could alliteratively contribute to this parallel sentence structure.

Because it's also Father's Day.

I don't mind sharing my birthday with Dad for Father's Day. I do mind that my dad has to share our family's love and attention with an undeserving disgrace of a daughter who has nothing to show for all the money he threw toward her education and etiquette except a mental disorder blog and a dog. But don't tell my sister that we think that about her!

I always feel beyond bad and guilty about taking something away from my Dad, so I overcompensate by shining the spotlight entirely on him for the day, showering him with gifts that I know he can exchange for what he really wants at Sears, and making him blow out candles on a Father's Day Cake. (Ok, that may have just happened in a very bad Saturday afternoon Lifetime movie version of my life that plays in my head).

Did I say I don't mind about sharing my birthday? That is a lie. It just seemed like the most appropriately humble and generous way to feel in the same breath as "I love my Dad." The reality is, I was starved of enough attention as a perfect, obedient, overachieving first-born child that I have extremely obsessive compulsive passive-aggressive feelings about my birthday now as an adult, amplified in all directions when I have get to share the day with something else, like *aherm* the Summer Solstice. Still, I don't fight my way into the spotlight, try to snatch it away from the sun. From my Dad. Same thing.

I turn to the internet for attention!

I will save the thoughtful analysis of how facebook, twitter and even still blogging, have changed the significance of birthdays, and friendships in general — as if you don't already have the same opinion — and just say that for about the 35 seconds I eagerly scan my portfolio of cyber-profiles for all the sweet message of love and utter adoration, I feel like the prom queen before the true me yanks back my mentality and hurls me into a downward swirling vortex of overthinking people's intentions, questioning authenticity, and finally leaving me a sobbing, head-throbbing, sniffling curled up heap on my bed all alone with nothing but a half-eaten bag of kettle chips and a full bag of depression.

Do I sound like an ingrate for all the "Happy Birthday!" tweets and posts to my wall? Don't get me wrong. I appreciate every single one, I do, especially in the context of the other 90% of my "friends" who didn't even have to remind themselves to take 15 seconds to make 14 keystrokes (jerks! see if I send a birthday cake graphic to your wall on your birthday! yeah! so there!) but it reminds me how much more valuable it is when someone takes the time to hand deliver to me a gift that is clearly perfect for me.

A gift certificate. That can be used on the internet. Or in the store that is on the westside. Across the street from a free parking structure.

Could there possibly be anything more perfect unless it were Anthony Bourdain dressed in nothing but edible Marlboro flavored boxer briefs?! 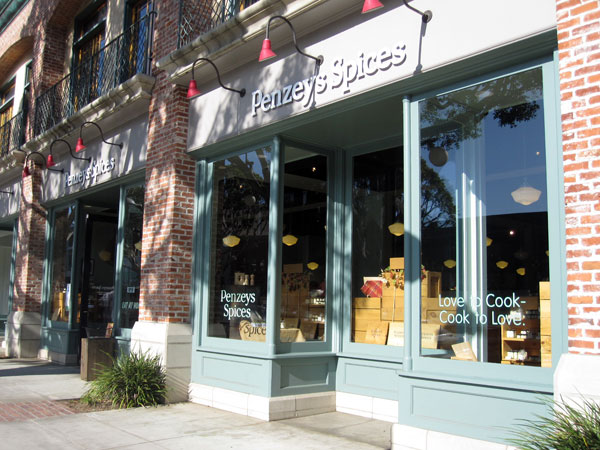 Given that I am a hermit 99% of my waking time (because in 100% of my slumbering time, I am an outgoing, going-out-ish monarch social butterfly), I chose to use my Penzeys gift certificate in the Santa Monica store. I had no idea at the time of the decision that it was, in fact, one of the best decisions I've ever made. About shopping. For spices. Oh, except that one time when I decided to forgo an extra bottle of vanilla extract at the store.

Penzeys Spices is — you guessed it — a spice store. What you, as I, might not have guessed about the Wisconsin-based company, is that it's kind of a big little deal. Penzeys has built up a quite the cult following (like Michael Cimarusti of Providence in LA!) with what started as a mail order catalog 20 years ago. Now, there are over 40 stores, including the relatively new locations in California, the most recent on 4th Street in Santa Monica.

The moment we walked into the store, I was crushed by olfactory overload — quite a feat given that for the previous Idon'tknowhowmany weeks, my sinuses were flooded and I couldn't actually smell anything. However, 250+ herbs, spices, and seasoning mixes with intriguing-because-they're-ambiguous names like "Sunny Paris!" combined into a full-scale attack and broke through the congestion. 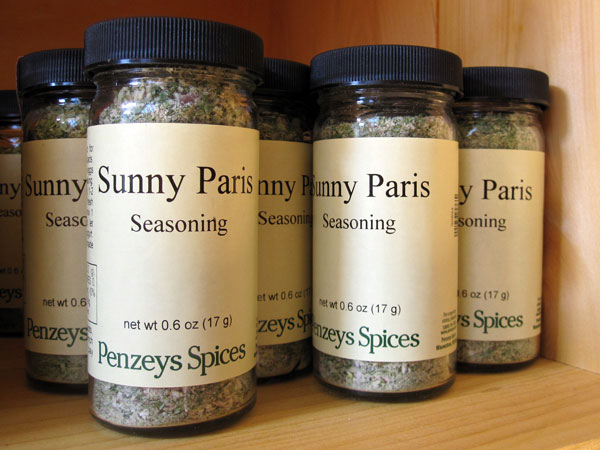 Did I say that physically going to the physical store was the best decision I ever made? It was. It was a wise decision until the entire aura of the store assaulted my every sense. I began to wander the store and look at everything, read everything, see everything, pick up, touch, open, and sniff everything. There was so much there, everything from A is for allspice (which is, as we all know, right? a single spice) to Z is for za'atar, a Middle Eastern spice blend. However, the store is not set up alphabetically in any way. There seemed to be some loose logic around how the spices are grouped together into mini "departments," but it's not totally clear.

Ginger appeared in the same shelving with other "Asian" spices (geographical origin), but had "Australian" on the label (I don't care what you say, Australia is not part of Asia). Of course, Oriental Mustard was on the same wall, but that's just racist, and the fact that dried cilantro existed in the store at all confused my understanding of "weed" completely. 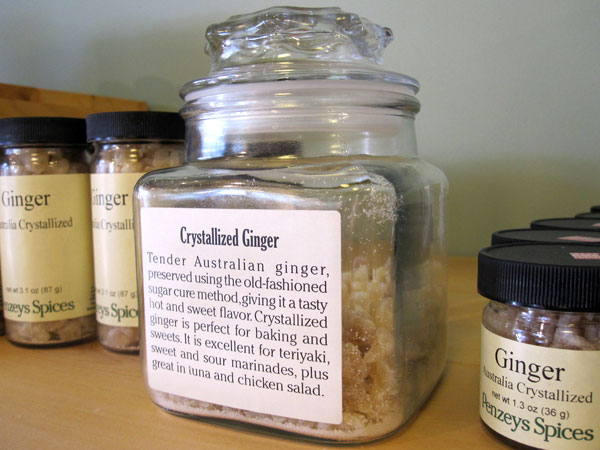 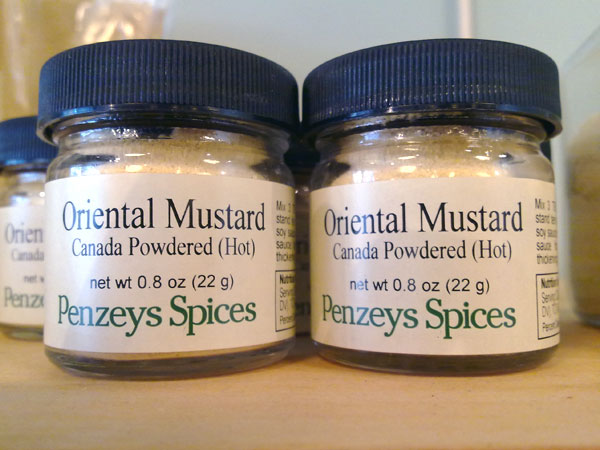 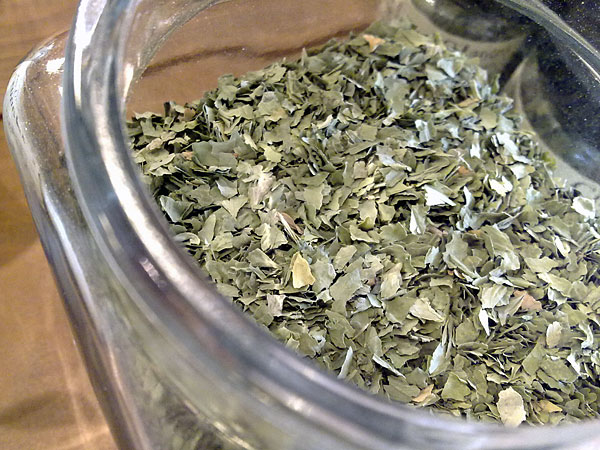 No doubt, it's all on purpose so that even if you march into the store with a specific agenda, the confusing categorization and seductive scents will throw you off your own trail.

And you will, like I did, see the retro-styled kitchen that is the backdrop for baking and dessert spices and start channeling Betty Crocker. Gazing at all the teeny tiny jars of extracts, I realized that I absolutely do need orange extract even though I have never baked a thing in my life using orange extract, almost never bake and in fact, don't like orange flavored things at all. I convinced myself that the cinnamon in my cabinet is probably not cinnamon at all and that I should buy all these curly, swirly little cinnamon sticks and grind them myself. Non-existent nostalgia for those autumn mornings never spent baking holiday baked goods with my imaginary Midwestern grandmother rose up through my nostrils and my little heart wanted a giant jar of pumpkin pie spice even though my fat head knew that I could make that myself with what I already had at home: cinnamon, nutmeg, ginger, cloves and allspice. 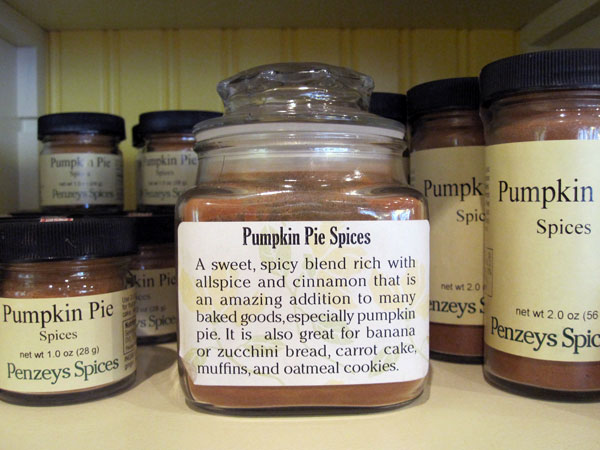 I wanted to buy everything. Except the cilantro. Had I been alone, I might have headed down that dark path of abuse and addiction. Thankfully, I was with one of the boys of reason. I was also limited by the dollar amount on the gift card.

The $20 gift certificate to Penzeys is brilliant. Twenty dollars might not seem like a large sum, and perhaps at Best Buy, it would get you a pack of batteries. However, at Penzeys, $20 goes a long way on 1 ounce jars. The fact that it's a gift certificate allows you to buy those herbs and spices that you might not buy at the grocery store because spending your own $6 on a single nutmeg that you know will grate but once this season seems way too wasteful. And yet, a $20 limit keeps you from buying things like a kilo of saffron, which Penzeys, very wisely, keeps behind the counter.

We walked away from the store with szechuan peppercorns and juniper berries, both of which I have no idea how to use (myself) but that's okay. This is a chance to learn. Besides, the birthday gift wasn't the use of the spices.

There is still some value left on the card. I just might to go back and get a few things to bake a birthday cake. 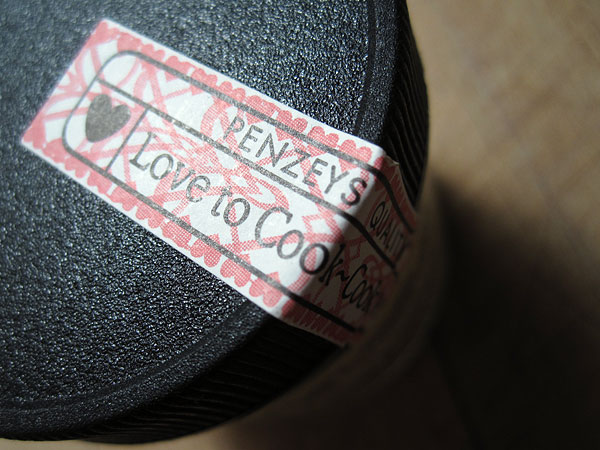 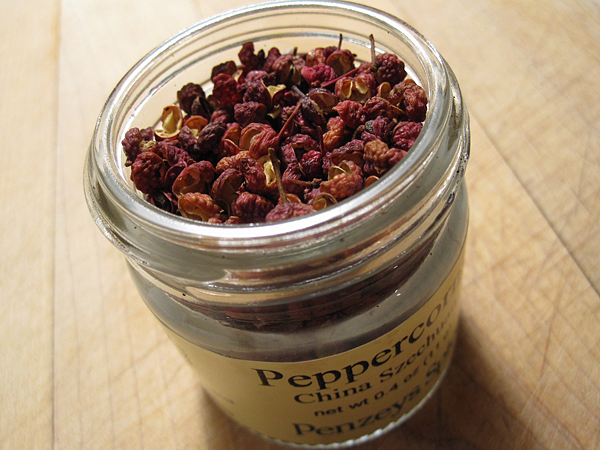 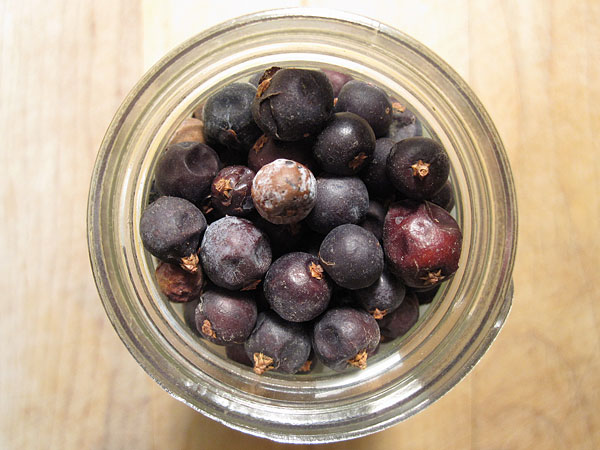 More About Penzey's Spices on the Web: