Actually, I'm carefully making my way down a long, dark hallway in bare feet, so it’s more like:

That two-word internal groan of a sentence is syllabically — it's a word, I promise — syllabically stretched out into a living exaggeration, partially because I’m just that slow the morning after, but mostly because I haven’t made my way down this hallway enough times to not trip.

To not bump into things.

To not split infinitives.

When I finally tip-toe past the end of the narrow darkness and stumble into the kitchen, my eyes snap shut.

Sunlight screaming into the room is deafening, you know.

And that’s when I realize.

I may not even be hungover yet.

I may still be buzzed from the night before.

Which would explain several things, one of which is the inability to process the scene in front of me. I can see everything with my half-blind eyes (yes, blind. legally), but my mind can’t process it. The dining table is covered with a patchy quilt of stained placemats, stacks of dozens upon dozens of dirty dishes glued together with congealed sauces, messy tangles of silverware, crumpled napkins, and empty wine bottles wherever there isn’t something else, some knocked onto their sides, corks and torn foils strewn everywhere, including the floor. A rainbow of wine glasses ranging from completely empty, to quarter-full of unidentifiable white wine to half-full of suspiciously blended “rosé,” to filled, literally to the rim, with what appears to be red wine, but is more than likely a biological cocktail of fluids too undelicate to type out on a food blog.

In the sunlight, the glasses almost could almost have a pretty prism effect.

I repeat myself repeatedly when I’m still buzzed.

Between each, slow, sticky blink, the scene expands for the worse. Over there, the kitchen. The sink looks like a kindergarten student’s model of the Gulf spill, flooded with murky, oily water. No surface of the counter around the sink is visible. Mixing bowls. Cutting boards. Pots and pans. Baking sheets. In between them all, drips, drops, puddles and spills. The floor is littered with plastic containers, wrappers and peels that didn’t make it into the trash can. And that’s on top of a coating of dirty nature tracked in from the patio.

Oh. I can’t even look at the patio.

Which means, of course I have to peek through the window at the wreckage on the patio. Whatever is inside has as been replicated outside, only smokier. “Smokier,” as in crushed cigarette butts in soup bowls and ashes floating on the surface of whatever wine is left in glasses that we should never leave outside, but did. “Smokier,” as in grills. Not one, but two, charred grills with blackened grates and piles of ash.

Oh. And the yard out back.

The realization of everything is slowly hitting me very quickly.

That makes no sense. Which is, as usual, exactly right.

I know there’s more to this disaster. I know it’s worse. I know I have to stop standing there, stop looking.

I just have to start cleaning.

But where to start, I have no idea. The mess is too much. Too big. Everywhere. Disorganized. Disarray. Chaos. I half-heartedly pick up a pile of napkins by the one corner that appears to be sanitary, look around having no idea what to do with it. Trash cans are overflowing. Plastic garbage bags are gone. I ball the napkins up. And put them right back on the table.

But at least I'm sort of organizing because they're next to a small pile of some others!

“I can’t do this right now,” is the first and only thing I’ve said out loud yet.

I tip toe back up the hallway, slide back into bed, and snuggle back into enjoying the rest of my blissfully ignorant buzz.
- - - - -

Sometime later that day, I drop my hangover-heavy body into my desk chair, jiggle my mouse to wake up a computer as cranky, creaky and as decrepit as I am. As soon as the monitor lights up, I lean back with half groan/half sigh.

Like the morning aftermath of every dinner party we've ever thrown, the sheer size of the task defeats me before I've even begun.

This happens to me every day. No joke.

I click to a folder named "pix," not to be confused with "pics," but to be totally confused with "sarah_photos." Files are named sometimes by date. Sometimes by restaurant name. But never by date's name because that's so, whatever, you know.

It's all so perfectly disorganized that I have no idea where to begin on a tangle of unfinished beginnings.

Before "where" to begin though, I don't even know "how" to begin. Delete archived photos? Or just rename everything with a consistent naming system? Use the log file as a guide or go straight to the 421 half-written blog posts? Is each post a standalone short story or do I write them as chapters in one continuous story called "life?" If that's the case, then should I work backwards in time starting now, or go chronologically forward from the beginning?! And just where is that beginning to begin with anyway?!?!

I'm back where I started. Which is, sadly and strangely, still not the beginning.

In all of this, I've gotten as far as deleting three photos of fried rice I took in 2007.

I know I have to stop thinking about it. I just have to pick something, anything, and do it. Delete. Edit. Crop. Write. Post. Do it. Something. Anything. Just do it.

If only I had set up a system beforehand to do it as I went along.

If only I had uploaded, filed, cropped photos, written, edited and published posts each night as I went along.

If only I had picked up half empty bottles as I saw them, thrown things away, cleaned up, did dishes, put them in the dishwasher.

Then I wouldn't have this huge aftermess to deal with now.

Then I wouldn’t have enjoyed the night, the day, the week, the last two years... as much as I did.

"I can't do this right now," is the last thing I say out loud before I sauté some green vegetables.

Before I pour myself another glass of Champagne.

Before I slip into 5"heels and head out for the night.

I'm going to ride out life's buzz for as long as it lasts.

This is from a dinner party some time back in spring 2010.

I found a wine glass in the bathroom the next morning. So I guess the party was fun.

I didn't take a lot of pictures. Or maybe I did and I'm just not allowed to post them publicly.

The food was delicious. Recipes at the end of the post. 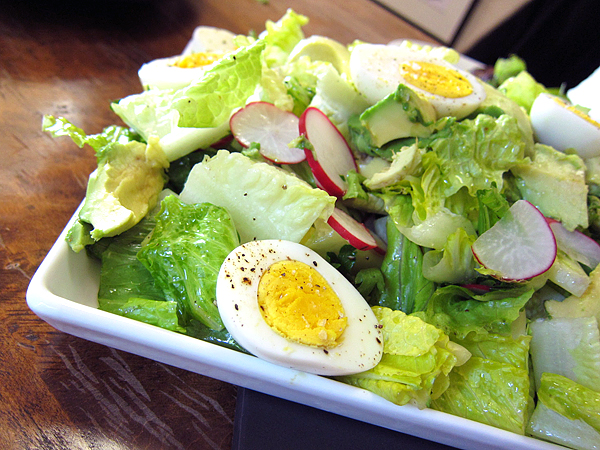 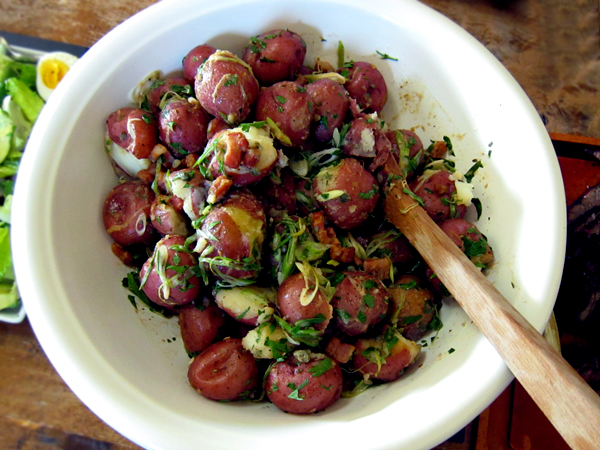 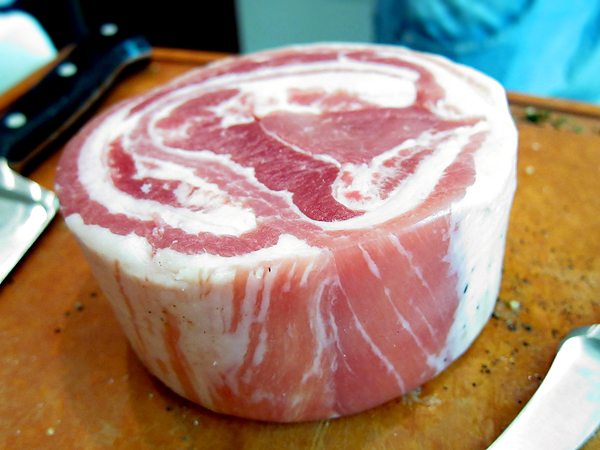 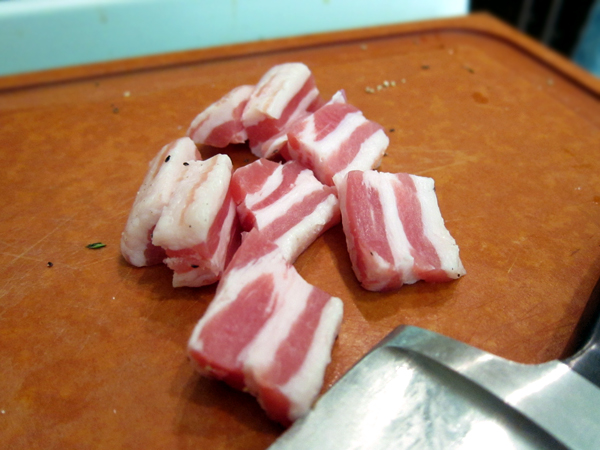 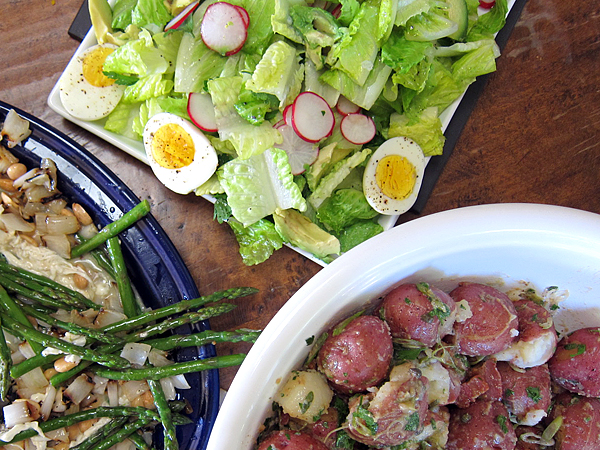 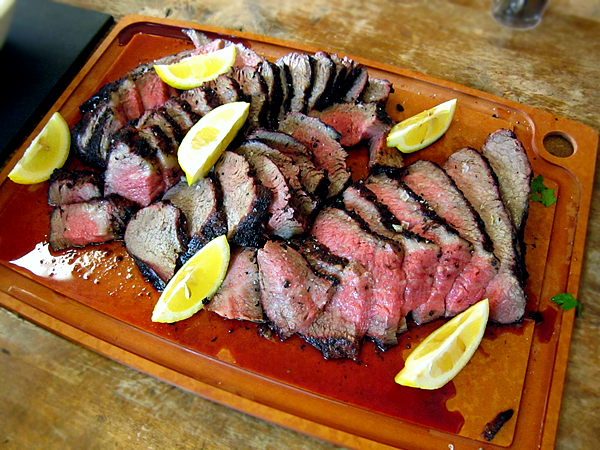 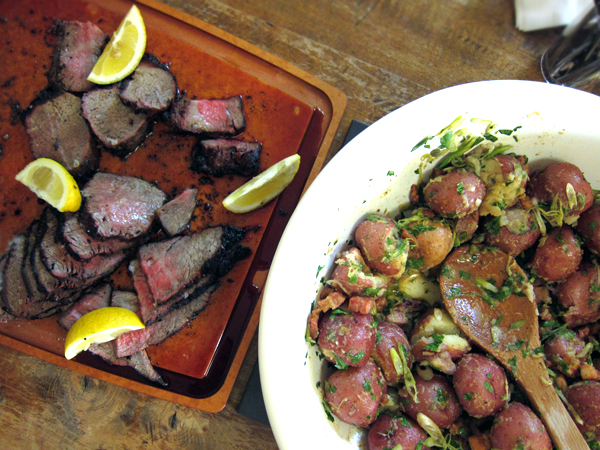 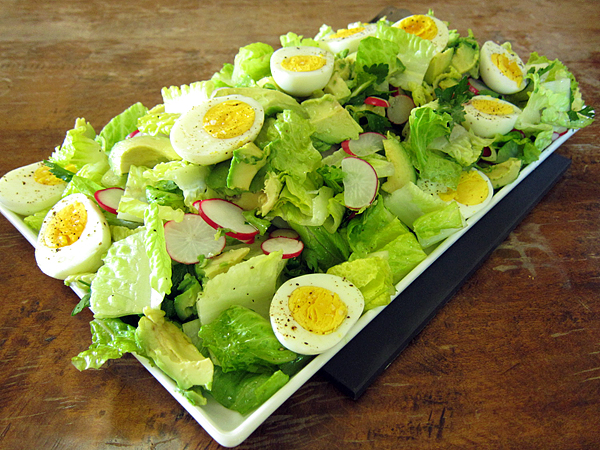 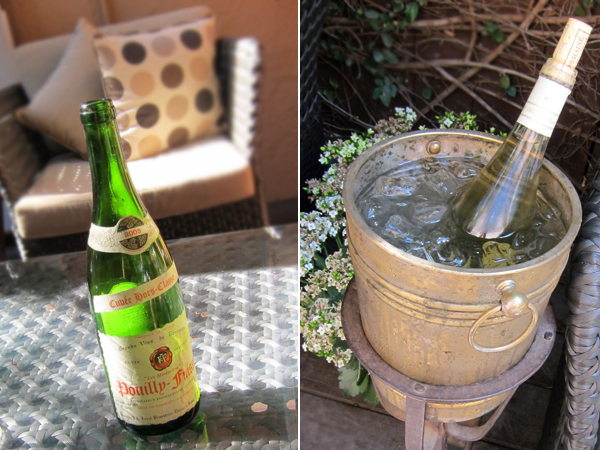 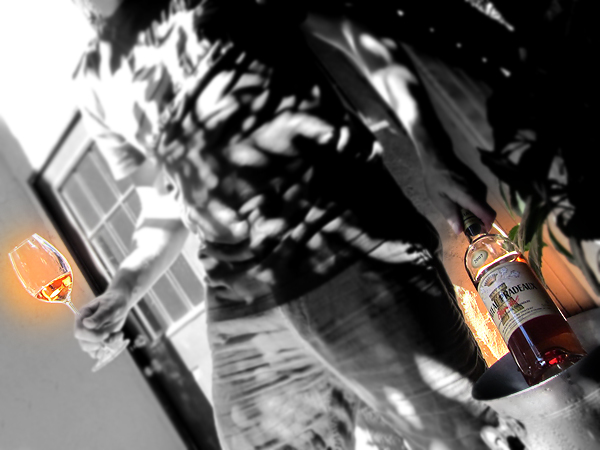 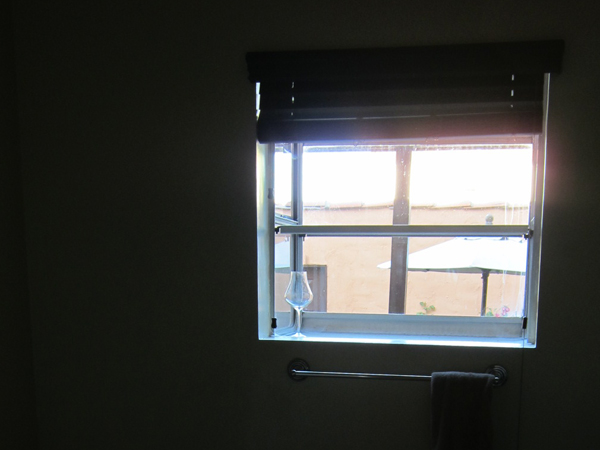 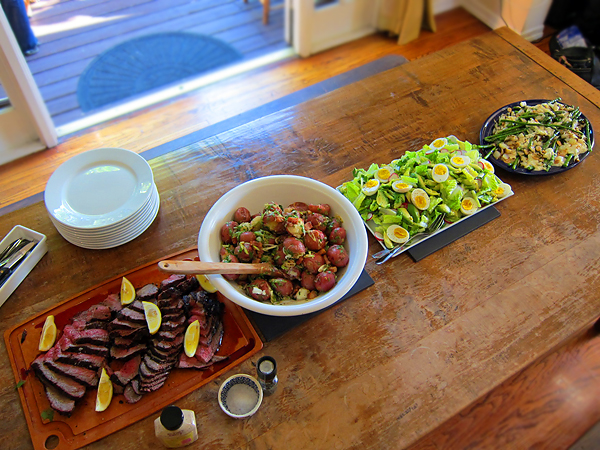 Asparagus and Grilled Onions with Burrata and Almonds

Bring a large pot of salted water to a rapid boil. Drop asparagus into water and cook until just tender, no more than 2 minutes. Thinner asparagus will need less time. Remove from pot, and set aside to cool.

Place asparagus on serving platter. Break up burrata with your fingers and place over asparagus. Sprinkle with grilled onions and almonds. Drizzle with olive oil, vinegar and season to taste with salt and pepper. 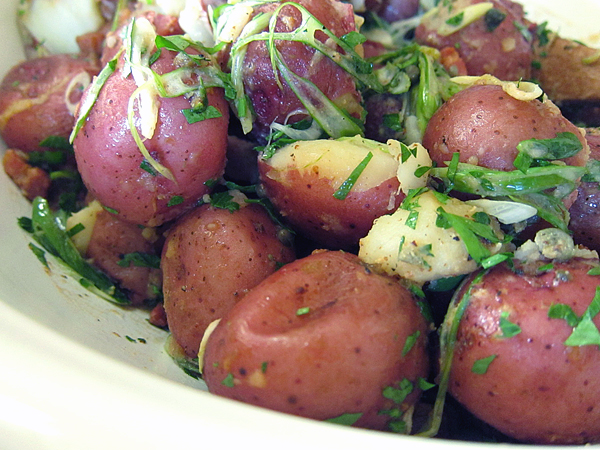 Place scrubbed (unpeeled) potatoes in a pot with enough cold salted water to cover by 2-3 inches. Bring to boil, then reduce heat and simmer until tender, about 20 minutes.

While the potatoes are cooking, dice pancetta into ¼-inch cubes. Sauté over medium heat until golden. Remove from pan to cool, reserving excess fat to add to salad later.

Mix together the mustard, lemon juice, red wine vinegar and olive oil in a bowl. Add the cooled, rendered pancetta fat a little bit at a time. Taste the dressing and adjust as needed.

Drain water from potatoes completely. Place potatoes in large bowl. While they are still hot, lightly crack each potato with hands or the back of a large wooden spoon against the sides of the bowl. Add cooked pancetta and two-thirds of the dressing. The hot potatoes will absorb the dressing while they release their heat. Loosely cover the salad to allow to cool to room temperature.

When ready to serve, add chopped scallions and parsley, remainder of the dressing (if needed), and salt and pepper to taste. 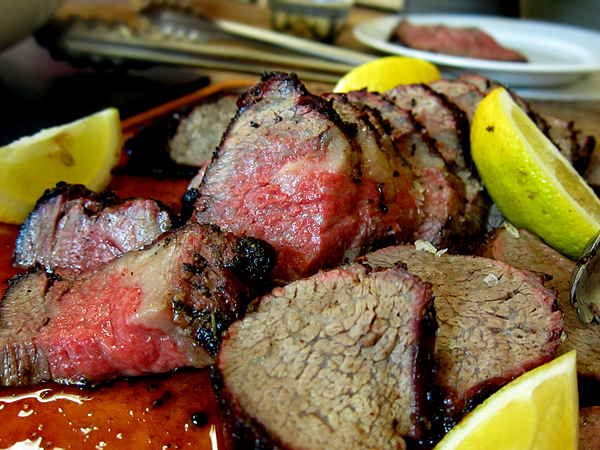 Rinse beef and dry completely by patting it with paper towels.

Rub paste all over beef.

Cover beef and allow to marinate on the countertop until it comes to room temperature, then grill until desired doneness (rare to medium-rare is best!). Time will all depend on your grill and the thickness of the meat.

Allow cooked tri-tip to rest for about 15 minutes.

Slice in to even thin pieces and serve on a board with lemon wedges and sprinkled with sea salt.