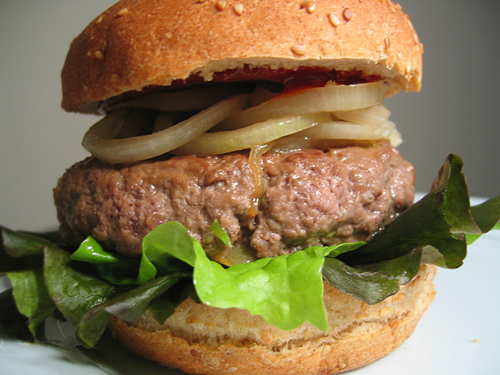 I've been asking a lot of my family and friends lately. I asked my family to let me work uninterrupted for a week. I asked friends for intellectual help, creative help, technical help, technological help, and even kitchen "feed me" help.

Asking for a lot of help is what you have to do when you ain't got no skills of yer own.

Of course, I've also been asking everyone else who has ever come within swine-flu-spreading distance of me for support in the form of votes, tweets, re-tweets, and general spampaigning on my behalf in my quest for A Really Goode Job. It's a job worth at least $60,000 (in the form of monetary compensation), plus the value of luxury accommodations in picturesque Sonoma County wine country.

Now, I know everyone loves and helps and supports me out of the goodness of your hearts, not because you expect anything in return, but still, my first-born, first generAsian, semi-Catholic self feels the need to repay you. A hearty "thank you!" with a virtual hug would probably do it, but let's be real here in this totally virtual delicious blog world where about 98% of have never met one another face-to-face. "Thank you" doesn't put dinner on the table, and if there's one thing I always want to do for you, it's putting a styrofoam cup of piping hot instant ramen on the table.

But I don't have a job (yet) so I'm doing the next best thing, which is pointing you to some contests, sweepstakes, and offers that can put dinner on your table. There are a lot of cooking and recipe contests out there, but these are the ones that have the biggest financial payoff (not that a grand prize of an immersion blender isn't an awesome payoff). Unfortunately, the deadline for the $1,000,00 Pillsbury Bakeoff has already passed (plan for next year, though!), but you know what you really want is a free box of Chex cereal.

Every single one of you has my permission to "paraphrase" the recipe for the Bulogi Burger pictured above and enter it into the Build-a-Better-Burger contest because we in California are not eligible to win. I guess that's the tradeoff for the superfun rock and roll earthquakes and traffic we get for living here.

Just remember little delicious moi when you become rich and famous (and fat, because I'll be jealous) on your winning Burger recipe!

« A Really Goode Job - Or the Only Thing for Which I Will Have No Shame. None.
Pomsecco Cocktail - First the Pomegranate Juice, then the Prosecco »