While we're on the subject of waiting in excruciatingly long waits on opening day (or week) of a new restaurant, let's talk about Dunkin Donuts, which opened its first West Coast location in Santa Monica last summer.

In the corporate world, companies have this things called “building morale.” When numbers are low, expenses high, the future looking grim because “in the red” is not the same as “rosy,” the boardroom makes a call. The phone rings in the HR office. Judging by faint background static and the hollow echoes of pens tapping and blackberries buzzing, it’s speakerphone. The entire board in some plush penthouse boardroom that isn’t really a room at all but a NetMeeting of CXOs from around the globe, seated in their respective wing chairs made from the hides of people they stepped on, gathered in cyberspace.

“Do something to build morale,” the command will come flying down the org chart.

“Give them a bonus. Half days every other Friday. Take them out to a company-sponsored Happy Hour. Have a Hawaiian Shirt Day. Do something to increase productivity. Something. Anything.”

Have doughnuts on Fridays.

Perhaps Friday morning doughnuts wasn’t a tradition started as some overpaid HR manager’s grand scheme to build morale, but I wouldn’t be surprised, would you? Regardless, the Friday morning doughnut tradition is a hallmark of a corporate office and makes me want to write a Memorandum and post it all over the “public areas” of the office asking, “Why do we have doughnuts on Friday? Why not Monday? Why not any other day? My morale is just as low on Tuesday as it is on Friday! In fact, my morale on Friday is the weekly highest because it’s fucking Friday!” And why the hell does it have to be doughnuts, of all things? I’d prefer a burrito. Why can’t we have breakfast burritos on Fridays?"

Doughnut-driven emotion is the unfortunate byproduct of business.

The HDB, aka the Half Doughnut Bandit.

Someone in the office inevitably takes half a doughnut. Half. Who eats half a doughnut?!?! Apparently, the Half Doughnut Bandit does, but you will never unearth his or her real identity (thus the name “Bandit”) because he or she halves when no one else is in the breakroom. Especially if the Half Doughnut Bandit halves without a knife, leaving a crusty thumbprint dent in the half of the doughnut s/he leaves behind.

Perhaps the Half Doughnut Bandit is trying to be thoughtful by leaving half of a doughnut for the next person who happens to prey upon the pink box. First of all, thoughtfulness doesn’t work when there are whole doughnuts still in the box. Second of all, no one wants to eat the squashed half of a doughnut because again, who the F eats HALF a doughnut?!

I went to Dunkin Donuts during its Grand opening week and waited for over an hour starting at 7:45 AM and bought a box of a dozen doughnuts "for the office."

I work from home.

I ate half a doughnut. 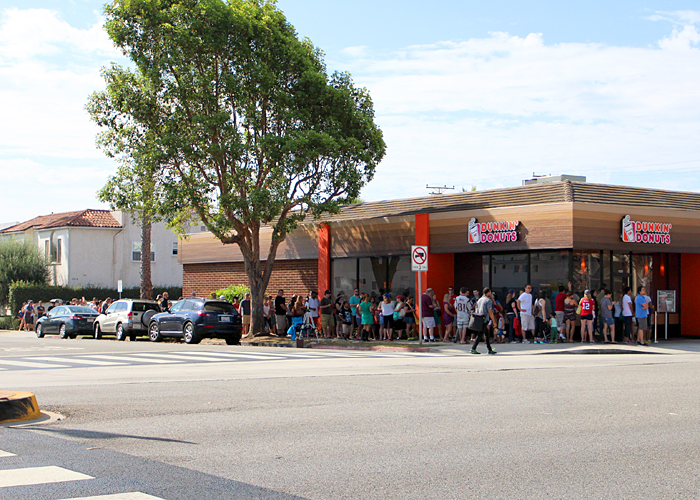 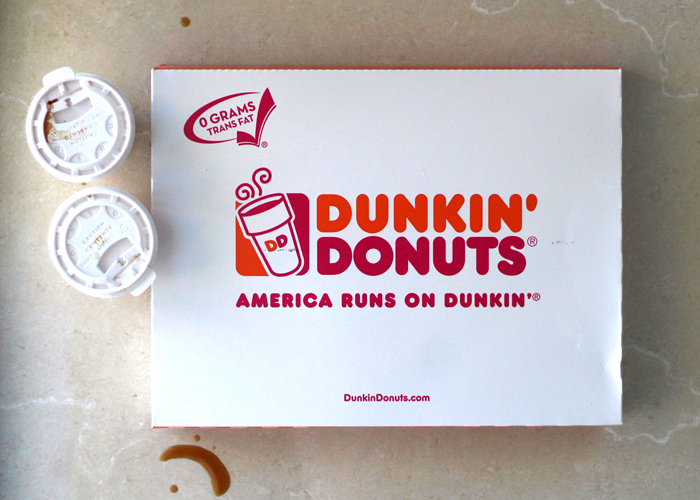 I would not go out of my way in any capacity (distance traveled, drive-time, wait-time) for Dunkin Donuts, doughnuts, coffee or otherwise. However, if Dunkin Donuts are in front of me, I will still eat them with enthusiasm because my god, they're still doughnuts.