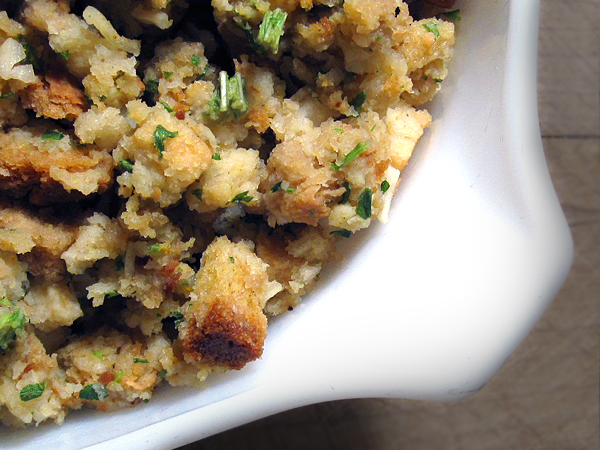 As I usually do around this time every year, I called home to go through the usual Delicious family deliberations over who-what-when would be cooking for Christmas Eve Dinner and/or Christmas Day Lunch and/or dinner.

Mom informed me that she had already purchased an entire pre-cooked Holiday meal that we only have to heat to eat and it includes a ham and a turkey and a rib roast so everyone will be happy and it will be easy and stress-free and isn't that perfect?!

I can't remember my response, or whether I even had one at all other than complete and utter shocked silence.

So while I try to recover from not only the original news, but also from Mom's addendum of "but don't worry, we'll cook something...green bean casserole!" I give you my thoughts on what used to be my number one Holiday Horror, Stove Top Stuffing, which I did, indeed, recreate this afternoon. I like to think of it as my way of preparing for and embracing the inevitable.

Aside from creatures that are still alive when they are ingested, there are few foods in this world that truly scare me. There are many foods that I don’t particularly like. Yes, I am picky, there’s no denying that, but choosing not to eat something because it doesn’t taste good to me is different from fear. I don’t like foie gras, but it certainly doesn’t scare me. 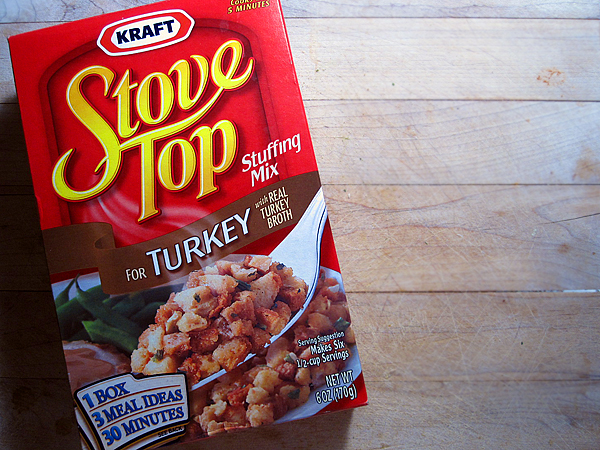 It comes in a box. It comes in multiple “flavors,” banners that are proudly emblazoned across the box in an appropriately indicative color. We bought chicken, but don’t assume yellow is chicken – duh, yellow is the cornbread stuffing. Chicken is light beige, turkey is bigger so it's brown, and if ever you’ve laid awake at night, troubled, trying to figure out how to color code the rest of your meat flavors, follow the example of Stove Top Stuffing. Beef is blue because that’s alliterative; pork is green, which makes perfect sense because...pork is the other white meat?

We bought “chicken” flavor because we were pan-frying...fish.

I know, I know, we should have gone with the low-sodium chicken, since orange roughy, a mild, white fish, is from the ocean, but look, I just wasn’t thinking clearly. I think I had been overwhlemed by the fact that my Mom even had frozen fillets of orange roughy in the bottom of her freezer. We ate those when I was five, and if we hadn’t moved inter-state at least three times since then, I would have sworn they were coming from the same bulk bag.

(As a side note, I have never ever heard of anyone else eating orange roughy except members of my immediate family, which makes me wonder how my Mom gets her hands on this mysterious fish all the way from New Zealand. Maybe she's involved with some secret fish mafia or something.) 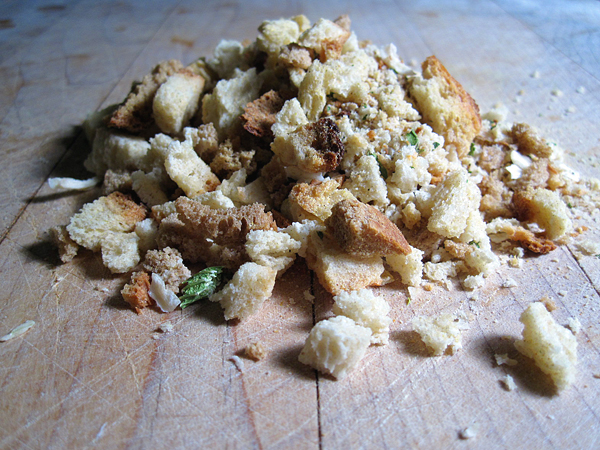 However, it doesn’t really matter when it all came down to dinner because though it says “chicken flavor” on the box, there is nothing remotely related to a chicken in the box. There is nothing “chicken” about the dry breadcrumbs that come pouring out of the box, kicking up a tiny tornado of chicken flavored dust into the micro-climate of Kraft instant food magic on the range top. Don’t look into the pot. Just don’t. Otherwise, like I did, you’ll wonder if those are really breadcrumbs, or whether the colorfully marketed red and light beige box simply disintegrated into a cardboard breadcrumb powder before your very eyes.

Trust me, it wasn’t the Coors Light I was drinking. 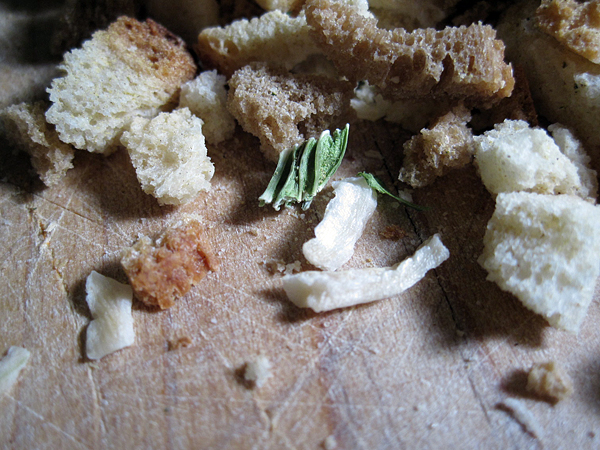 It’s called “Stove Top,” but folks, I have a message that might give you indigestion with a mean case of heartburn. Don’t hate me. I am merely the messenger.

Stove Top is a marketing sham. A sham! Under the guise of “bringing to a boil” Kraft-owned canned Swanson chicken broth on the stovetop, those krafty Kraft marketers have you believe that you’re almost as good as Sandra Lee. Almost. But I see right through their little marketing scheme. If you read the directions carefully, once you pour the stuffing dust into broth, you’re supposed to “remove from heat.” That’s right. “Remove from heat” is not cooking. That is not cooking!

But I showed them.

I microwaved the broth. 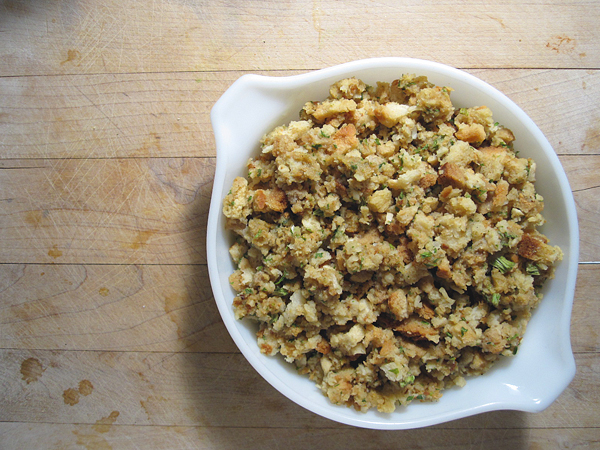 Stove Top scares me because there is some seriously weird black magic voodoo that goes on in the pot after you close the lid on your medium saucepan, as directed by the package. I don’t recall seeing any vegetables before adding the broth, but when I opened the lid, poised with a chopping board piled with diced fresh carrots and celery to make it really semi-homemade, there was celery already in there!!! Magic. Scary effin’ voodoo crazy supernatural magic.

** a year ago today, french women can, indeed, get fat, at la dijonaise **