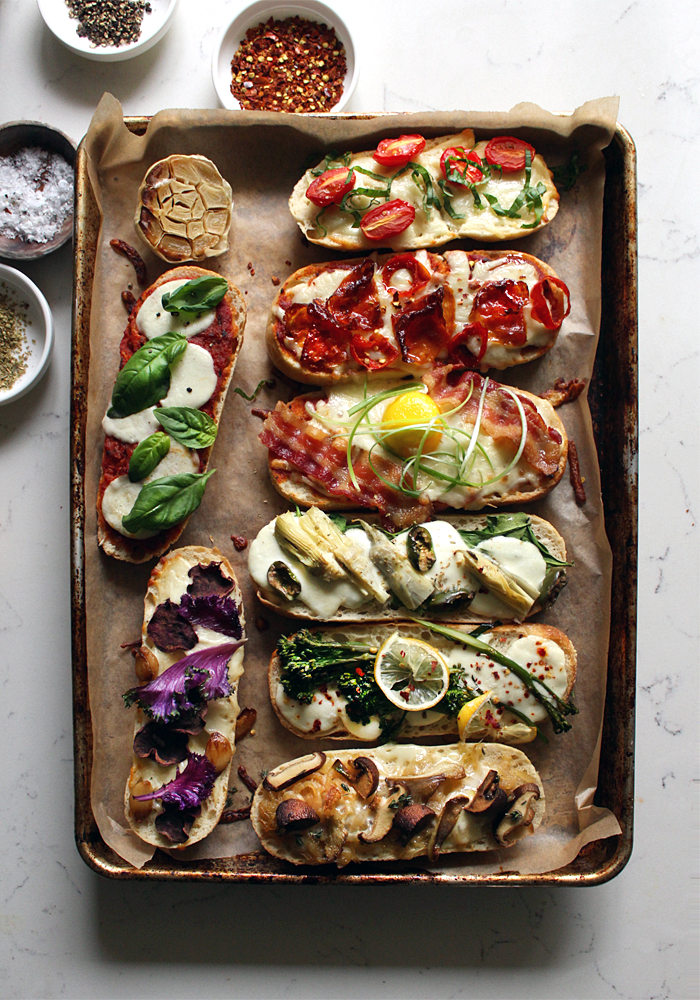 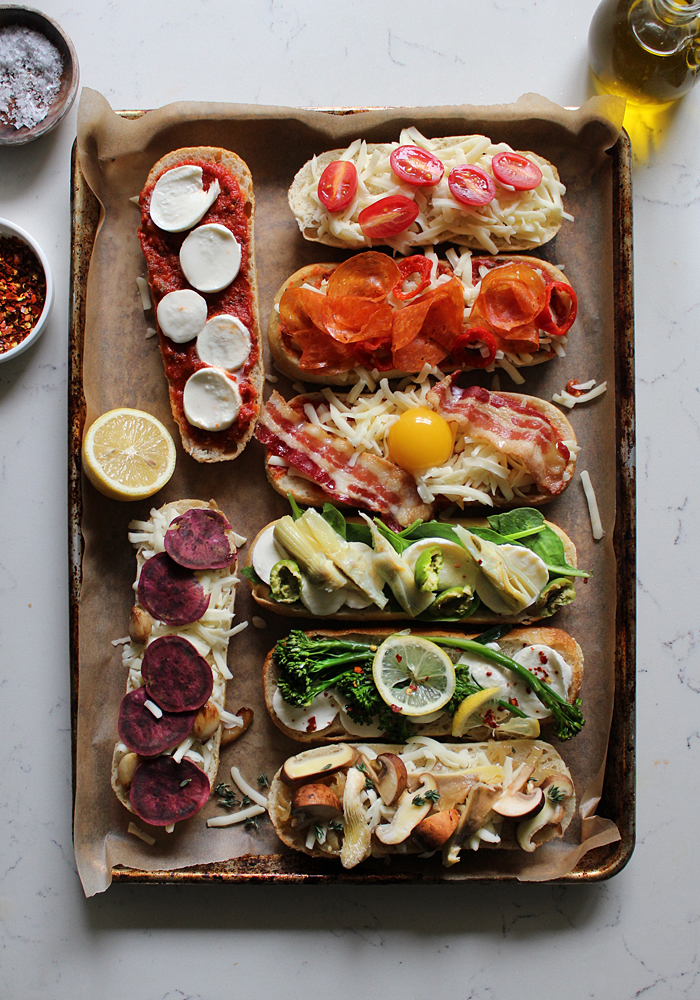 makes 8 6-inch French bread pizzas, enough for 4, 1 if you really give it your best shot

Remove baked baguettes from oven and allow to cool. Line a baking sheet with parchment paper.

When the baguettes are cool enough to handle, about 10 minutes, slice open each demi baguette lengthwise and lay flat on the baking sheet. You may need to slice off small pieces from the top side of each baguette to make sure it lays flat.

Assemble Pizzas: Increase oven temperature to 400°F. Rub the cut open sides of each baguette with a clove of garlic. For pizzas with tomato sauce, spread 2 tablespoons pizza sauce on bread.

Top pizzas with whatever toppings you like. The pizzas pictured are as follows:

Bake assembled French Bread Pizzas for 10-12 minutes, or until cheese is melted and golden browned in spots. Remove from oven and garnish with fresh basil, oregano, crushed red pepper, and/or salt and pepper. Serve immediately. 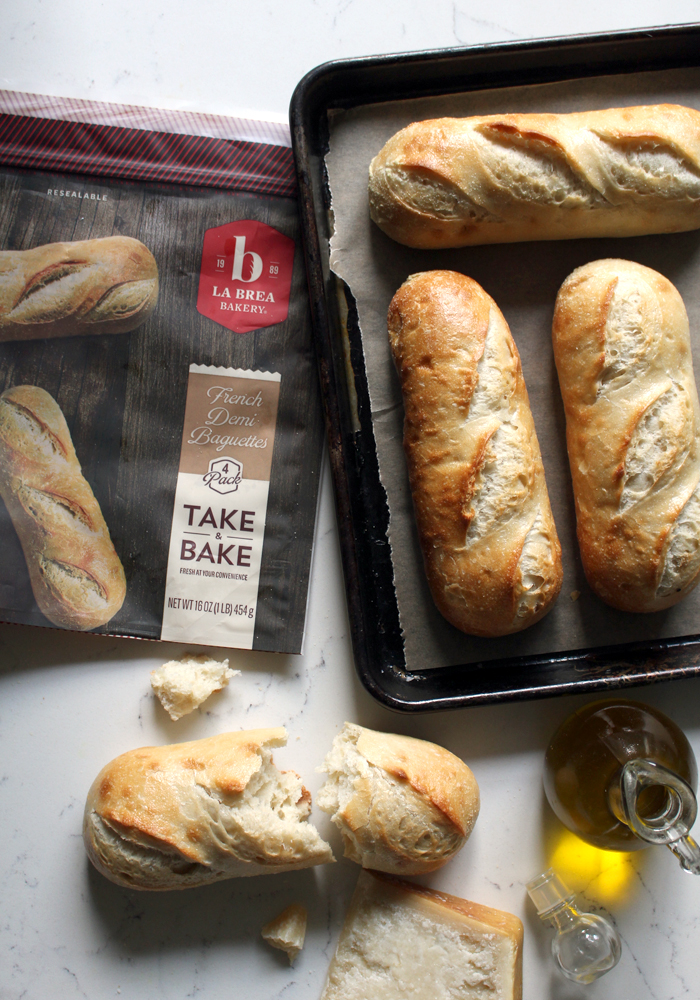 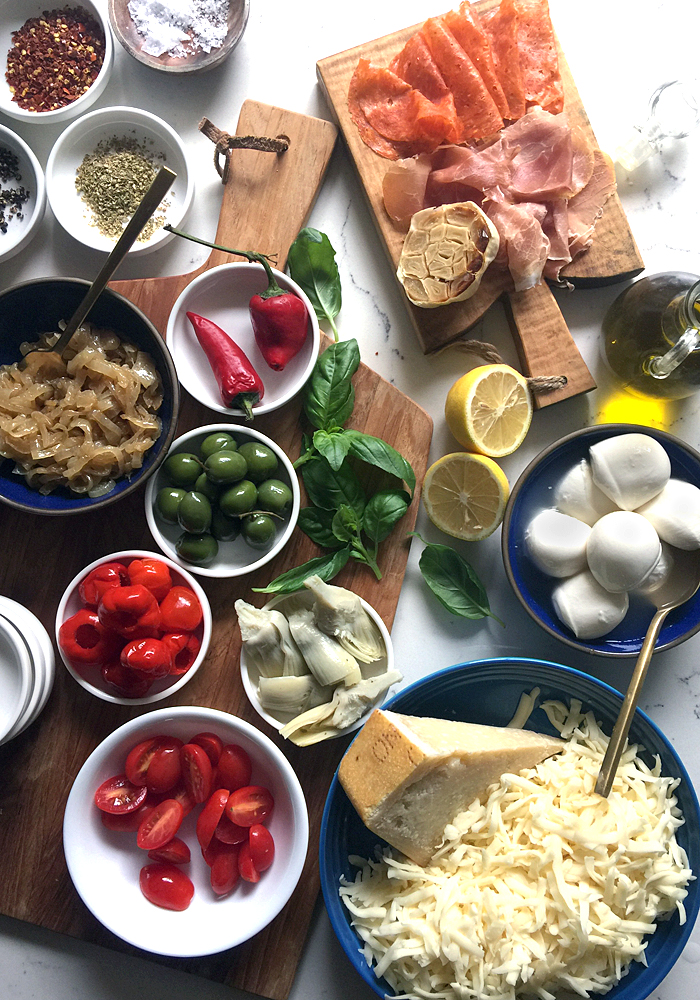 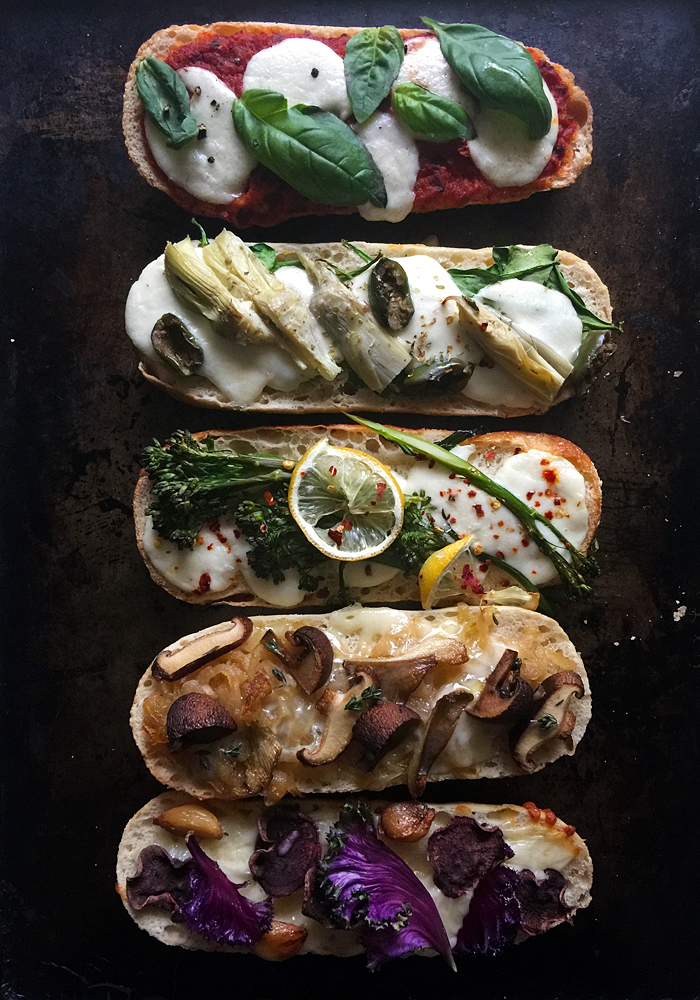 Pushing my cart through the frozen aisle at the grocery store the other day, I noticed the freezer shelves lined with French bread pizzas for the first time in a long time. Remember those? Those boat-shaped pizzas baked on the ease of French bread and the convenience of a microwave oven? I remembered them. I used to eat them all the time, and in the grocery store that day, I wondered why the world wasn't eating French bread pizza the way we used to back then.

Because back then, we weren't paying enough attention to realize that those French bread pizzas actually weren't that good. The bread was always weirdly rubbery and hard at the same time, even if you had the time and patience to follow the cooking instructions for "conventional oven." The sauce was undetectable, even through the skimpy shreds of cheese that barely melted and desperately hung together like the very last threads on the tattered sweatpants you've been wearing for three days straight sitting on the couch binge-watching Meg Ryan rom-coms on DVD. But for some reason, those French bread pizzas were so good back then.

But that was then, and this is now, and why shouldn't we make our very own fresh French bread pizza on cracklingly crisp crusted French baguettes with pillow-soft centers, laden with as much sweet and spicy sauce and melting cheese as a single baguette can legally handle, piled with better, fresher, more interesting toppings?

We should. Slice open French demi baguettes that are fresh and hot right out of the oven thanks to La Brea Bakery's Take & Bake French Demi Baguettes, top with all the good stuff, then pop them right back into the oven.

These are the most epic French bread pizzas you've ever had.

Especially if you're wearing sweats and binge-watching rom-coms on Netflix. 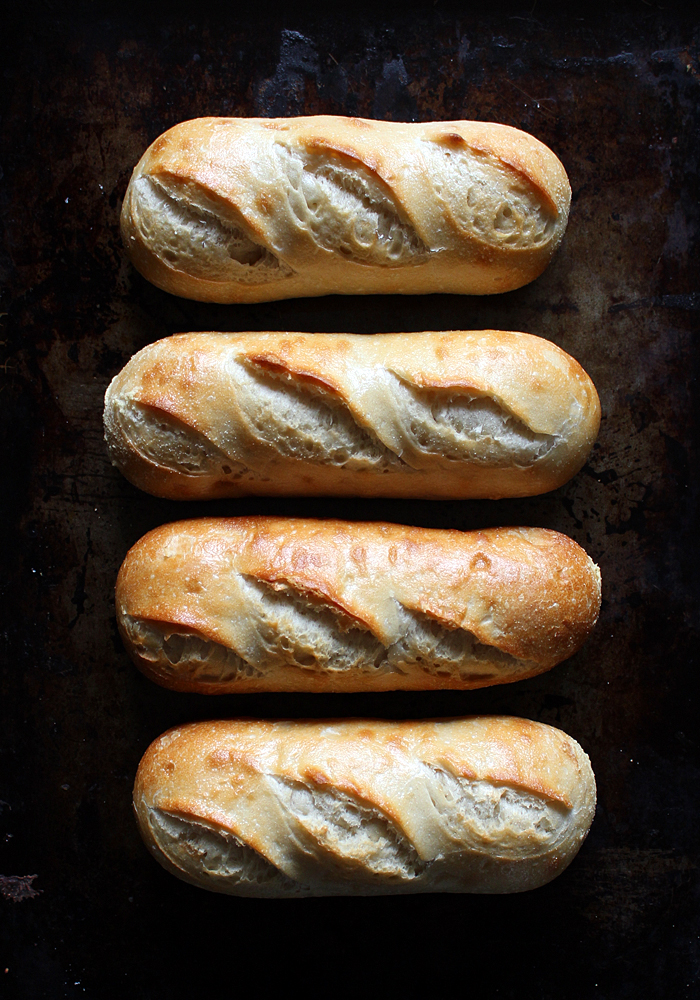 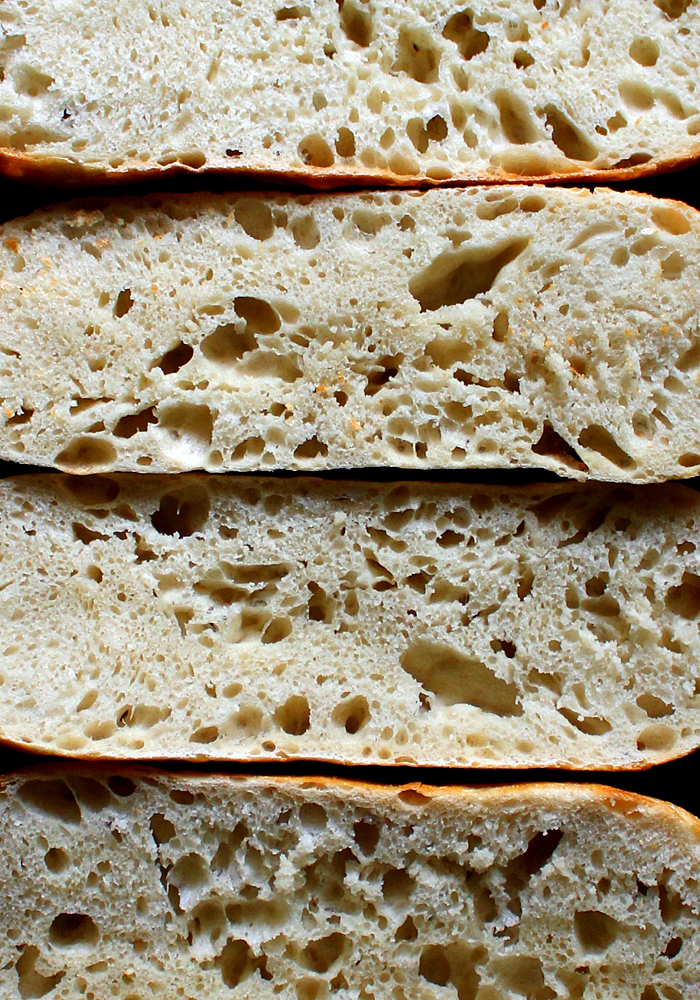 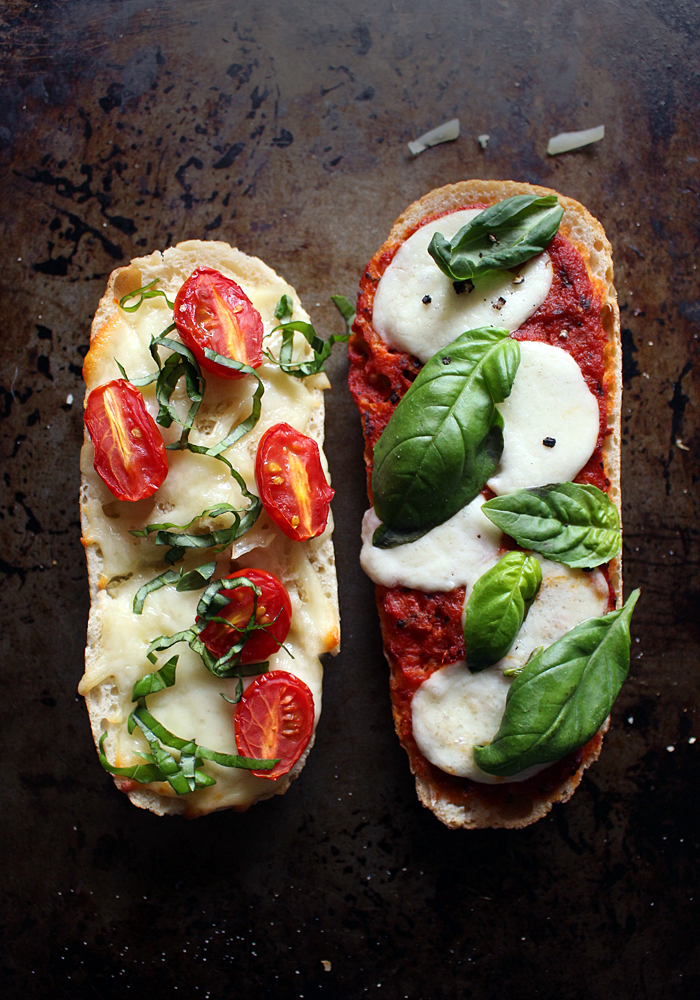 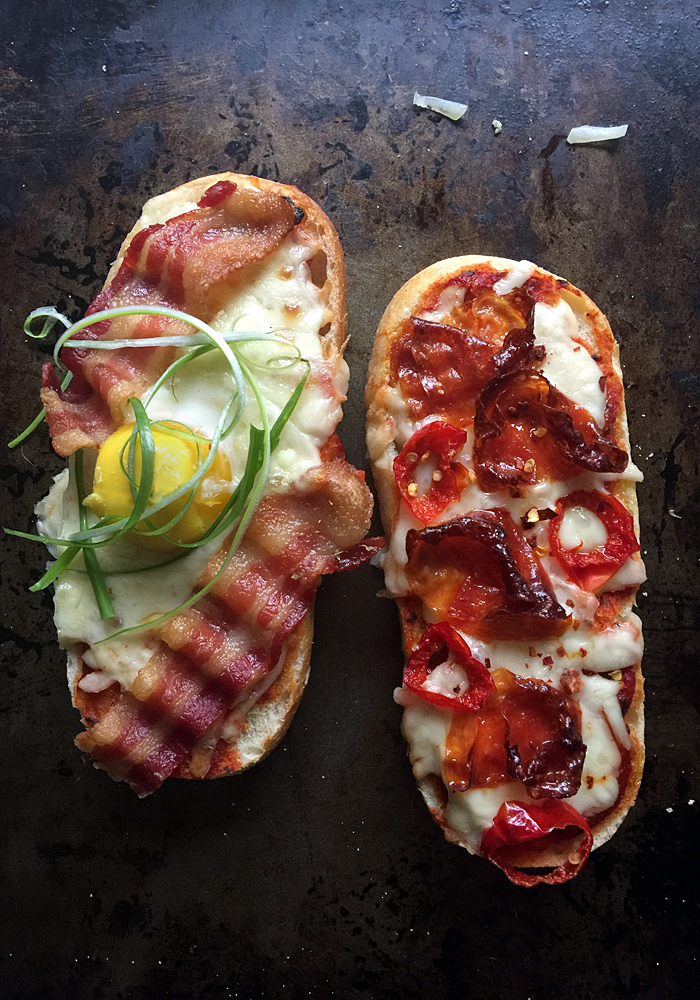 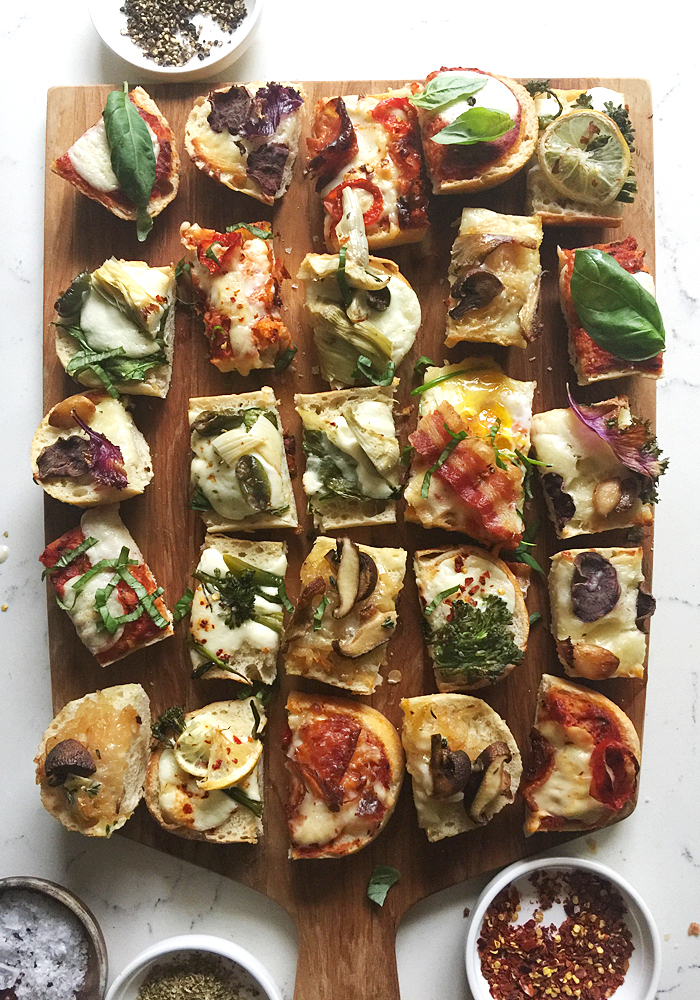 This post sponsored by La Brea Bakery to introduce their frozen Take & Bake Demi Baguettes and French Dinner Rolls, now available in the frozen aisle at select Wal-Mart locations. Click here for $1 off coupon for the breads at Wal-Mart, or use this store locator to find the breads in other stores.