Blogging with a mutha fuckin' vengeance.

I know. It's confusing. So many unanswered questions...

What happened to The Delicious Life? Didn't you "shut it down?" Why are you on match.com? Are you dating? Don't you have a boyfriend? Who is Le Ben?

And when did The Delicious Life turn into a drink blog?!

The Delicious Life is not, and never will be, a drink blog. Never. Maybe. (It has become, it seems, a children's book about Julia Child.) I'm just sharing one of the first actual cocktail cocktails (as opposed to just vodka+soda, as opposed to, um, just vodka) I've had in basically forever, or at least until le Ben officially became my boyfriend and I started drinking only wine because that is le Ben's job. He imports/sells wine and yes, his job does include keeping me happily buzzed on wine. (Some people pop a prozac every day. Me? I just date a wine guy.)

Le Ben and I went to San Francisco on a mini-vacation a few weeks ago and one of the early evenings that he had a work meeting, I convinced myself that rather than staying in the relative safety of complete isolation in the hotel room, I should torture myself by trying to be a cool, casual, confident woman, alone at a Bay Area-hip bar.

You can guess how it actually turned out.

The young lady next to me had been sipping on an overwhelmingly fragrant cocktail when I sat down next to her. It smelled a little too fruity and was overstyled for me, but when I picked out a drink from the Cocktail menu based on its listed ingredients — my latest obsession ginger, lemon, and most particularly chinato — I got the exact same, opaque, peachy-pink thing, The Fruit Cup. I think it's a fruity take on a Pimm's Cup, but that is just a guess. It could be a cocktail-y take on the Davis Cup for all I know. 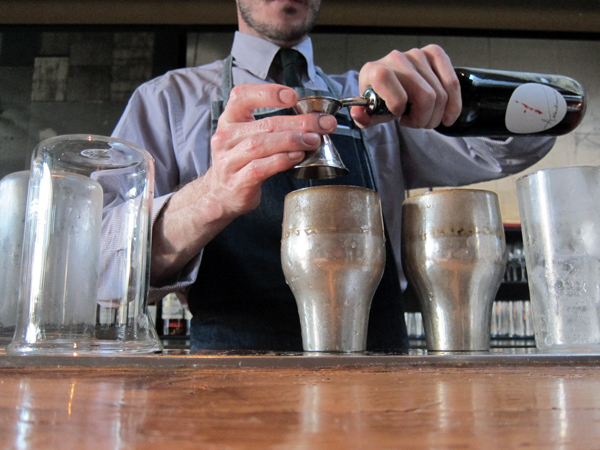 She was still only halfway through hers when I finished sucking mine down with the metal spoon-straw that I initially ignored because I had no idea what it was until the bartender very gently and innocently asked if I wanted a different straw instead of the metal one that was likely going to stab my eyeball all the way to the retina as I tried to sip the drink from the edge of the glass without getting mint and grapefruit peel up my nose. I have to be honest here. I was initially so terrified by not knowing what the hell that spoon-straw thing was that I sniffed the garnish, turned the glass, rearranged the garnish a little, shifted the glass as far left on the bar as I could so I could photograph it in the last few rays of natural sunlight, moved it back as far to my right without creepily encroaching my neighboring diner's space and positioning my SWF exact same cocktail order next to hers, and took a lot more photos of my Fruit Cup than is normal for a girl sitting by herself at a bar giggling nervously at her phone as a way of covering up the fact that she was trying to google "metal spoon straw thing in cocktail is this a real straw?" without anyone seeing.

I haven't told you about le Ben?!

At this point, you know as much as I do, which, not to offend you or anything, isn't much. I'm just trying to catch up to the insanity at this point, which, it seems, has completely gone off the shallow end of the sasspool.

(Incidentally, if you'd like to make The Fruit Cup yourself, Bar Agricole's menu when I was there in July described it as "gin, lemon, chinato and ginger," though I think they must have changed it recently because the current menu says "americano rosso" instead of chinato, which is the bottle in the photo above, which is still a chinato, from Mauro Vergano. (Thanks for the assist, DomaineLA!) The bartender garnished with fresh mint and grapefruit peel.) 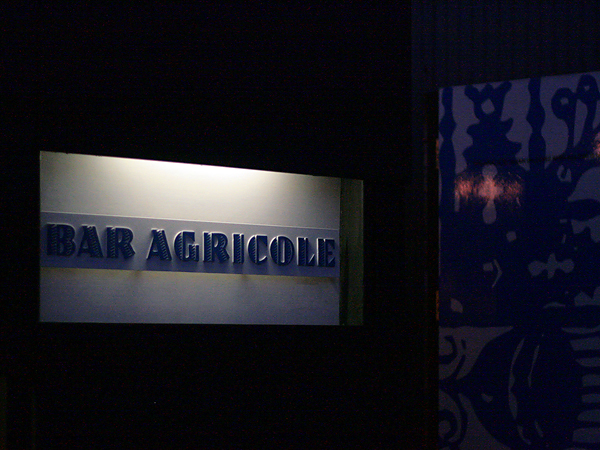