It's hard enough getting a doctor to call you back at all, so when my doctor's number appeared on the screen of my ringing phone, my throat tightened.

Why was she calling me three days earlier than she said she would with my test results?

All I could think was "omg omg omg." You only call early if it's urgent, and it's only urgent if...

I answered the ring and barely squeaked out, "Hello, Sarah speaking..."

I didn't hear anything else in the conversation after she said, "The test results were negative." Negative! Which means...

I know. It's a little melodramatic to think I might have been dying when the test was for gluten-intolerance, a condition for which I have almost zero percent chance of developing in the first place anyway, but the fact that this whole thing started with me looking up vitamin E side effects on webMD.com, clicking through yet another convoluted path through mostly rare and unlikely conditions, and finally ending up here probably explains a lot.

So I'm not gluten-intolerant.

And guess what the first thing is that you indulge in when you find out you can, indeed, eat bread! Pasta! Cookies! With total abandon! Guess!

The rest of this post, like a bowl of lettuce and protein, has little, if anything at all, to do with gluten other than the bread on three sandwiches from Fundamental. The sandwiches do, however, have something to do with doctors and intolerance.

Fundamental is located in Westwood. Though it is on "this side" of the 405 freeway, it is still significant enough of a drive that I would never have gone there if it weren't for the perfect timing of my dentist appointment right before lunch. (By the way, because Fundamental is on "this side" of the 405, even if I lived on the westside, I'd still never have gone because the point is, I don't cross the 405.)

My hypochondriac world collapsed in on its normally cancerously tumored self this past week when I learned that there is a significant difference between food intolerance and what it is often mistakenly referred to as "allergy." They are not the same thing, and I am betting that 96% of the people who say they are "allergic" are actually just "intolerant," or if they're girls, "sensitive." Or (also if they're girls?) just faking it because they don't like something. Corn. Cucumber. Bell Peppers. Salt? Someone just told me she was allergic to salt. Really.

While it is possible that a true allergy to some one-off food is possible, the majority of true food allergies is covered by only a few things, of which almost everyone is aware: fish/shellfish, peanuts, tree nuts, eggs, milk, and soy. These foods have proteins that trigger an immune response with symptoms that range from itchiness to life-threatening, scary-ass shit like anaphylactic shock.

Food intolerance has many similar symptoms, which is what causes this confusion. However, a tomato allergy means that even if your lettuce leaf touched a tomato and has molecules of tomato juice on it, you will break out in hives if you eat it, whereas a tomato intolerance means that you could probably still accidentally eat a few bites of an egg salad sandwich with sun-dried tomatoes in it and only...break out in hives.

So the difference is...?

Nothing. There is no difference because I don't know what I have. I don't know if I'm allergic to tomatoes. Or if I'm intolerant to tomatoes. Or if I'm grammatically intolerant OF tomatoes. When I eat them, I break out in hives. Sometimes right away. Sometimes the next morning. Even if I'm "just" intolerant, I'm going to say "allergy" because what assholista goes around saying, "Oh, could you remake this egg salad sandwich from scratch because I didn't know it has tomatoes, of/to which I'm intolerant?!" 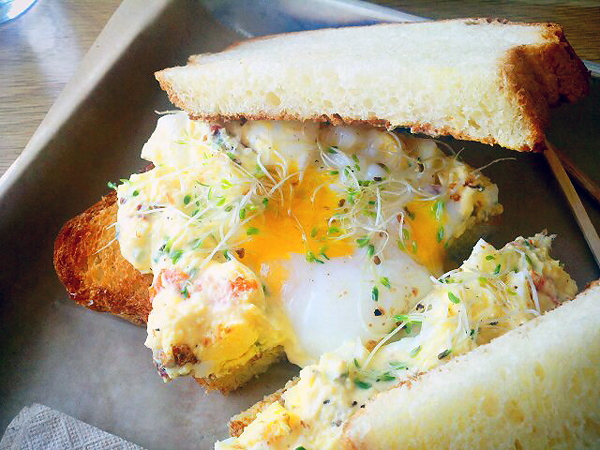 I couldn't do it at Fundamental. I felt so stupid and guilty for not asking in the first place, but it was an honest mistake because how was I supposed to know? Who puts tomatoes IN their egg salad?! Fundamental does, and while that is a straight baller gourmet move on their part -- but not quite as mother fucking sandwich champion as putting a whole poached egg on an egg salad sandwich -- it basically meant that I had to fake like I "suddenly" remembered that I was actually supposed to take the three sandwiches home that I had actually just sat down at a table to eat, which is what I should have done in the first place because I should have some shame about eating three sandwiches. 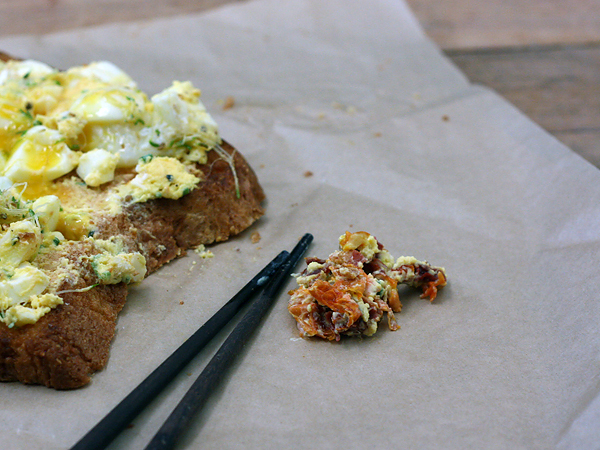 I had to go home so I could pick out the tomatoes with chopsticks and I don't roll with those in my purse to post-dentist sandwich places. 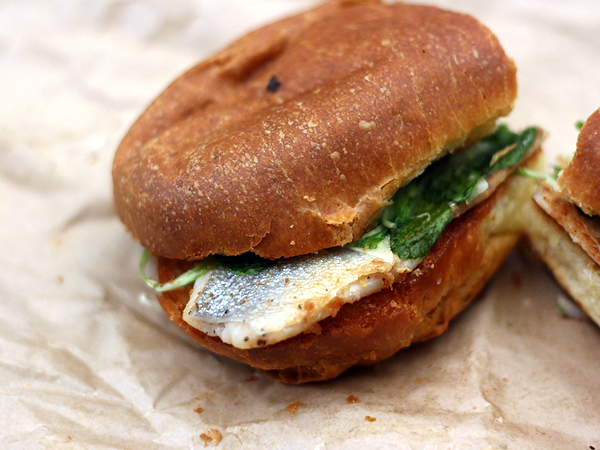 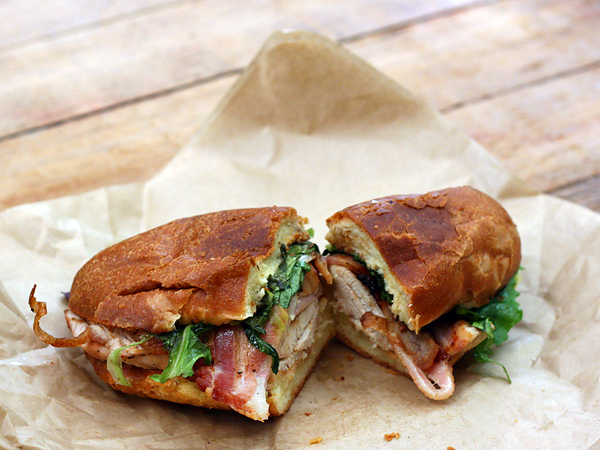 The sandwiches at Fundamental are good. The pasta salad is good. 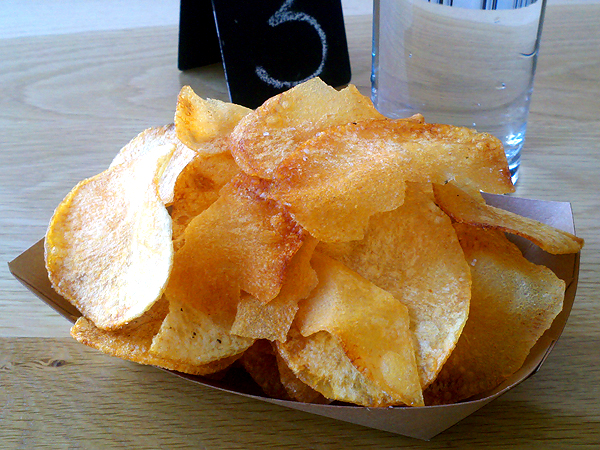 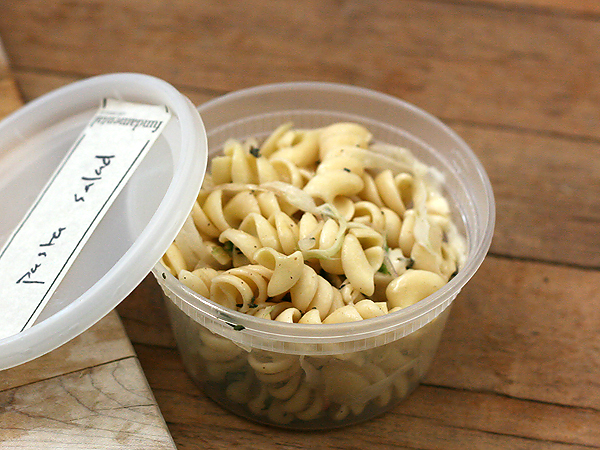 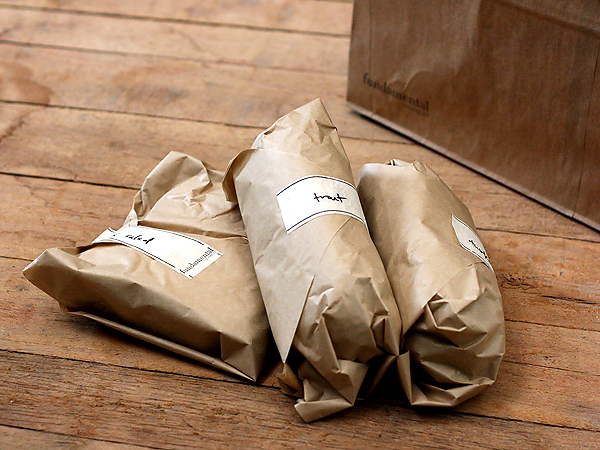 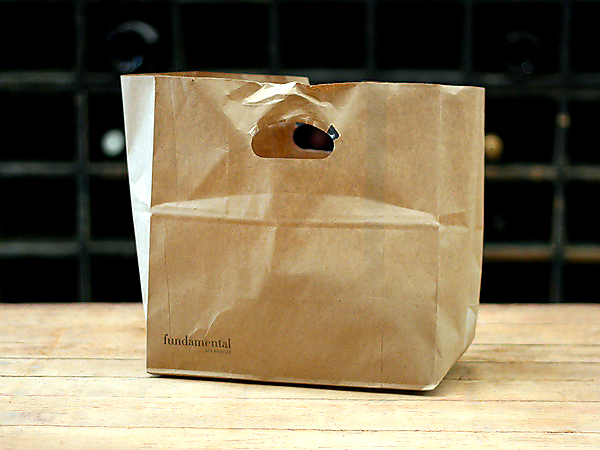 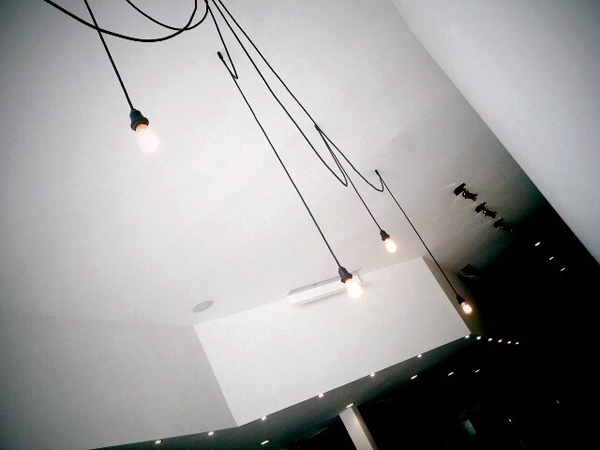 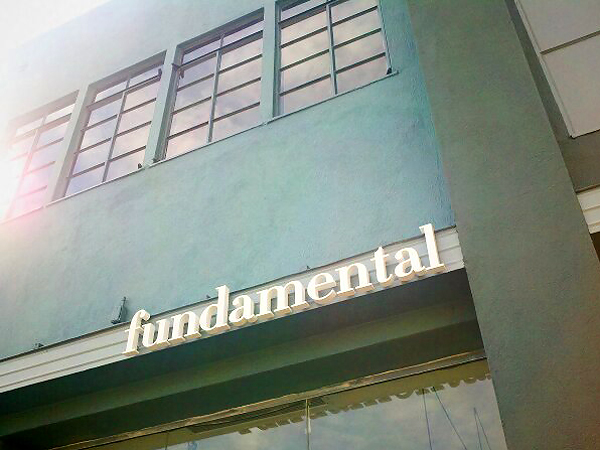