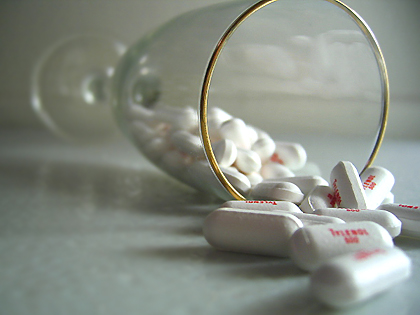 Jamba Juice is wicked. It kept me from the giant ball.

Perhaps it’s a sign that I need to stop drinking smoothies.

It all started so innocently, even well-intentioned. I actually forced myself out of the house the day before New Year’s Eve to run some errands – the basics like bank, post office, drugstore, dry cleaners – all of which I could have done by walking since all of those stops are within a two block radius of my house, but not only is this LA, but this is Brentwood. I made my first stop at the bank to pick up cash for what I thought would be long, expensive New Year’s Eve out, dancing my way from tent to tent at a three-ring circus.

There are at least a dozen retail type businesses in the plaza in which my bank branch is located, including a sit-down restaurant, and yet the developer had the forethought to build a front parking lot with all of five spaces. Granted, there is underground parking, but who wants to take the time and energy to do that downwardly dizzying drive into the bowels of a Brentwood plaza to go to an ATM machine? I waited in my idling car, hopeful every time I saw some oversize sun spectacled Brentwood blonde beauty in a Juicy jumpsuit walk away from the plaza, only to sink lower in my driver’s seat when she shimmied her yoga-esque body between dangerously close luxury SUVs and headed toward the sidewalk. They all walked. Doesn’t anyone drive?!?!

I must have waited for at least ten minutes before I finally got to slide my poor misfit of a reliable car into a spot and go make my 30-second ATM transaction. As I walked back toward my car, I saw at least three cars waiting in the queue for the convenient front parking. I might have suppressed a wicked smile. Looking at them, suddenly, I found myself starved, parched, and in desperate need of a smoothie. I spun back around and headed to Jamba Juice. I didn’t wait ten minutes just to make a 30-second ATM transaction.

It’s been a long time since I’ve had Jamba Juice. The last time I got a smoothie there, I was conned into trying acai. Eyes bugging out of my head, tired as fuck but unable to sleep, I cursed Jamba Juice and swore a solemn oath to myself and my invisible crew that I would never drink from their fruity fountain of evil again. Besides, Jamba Juice makes me nervous because I always feel like a total n00b when I have to stand four feet away from the counter for 15 minutes reading the menu above and behind the register trying to decide what and how to order. Everyone else walks up and orders without even blinking. I feel so…left out of the smoothie “in.”

I kept in simple with some sort of juicyfruitalicious twist, but at the last minute, thought that something targetted toward immunity would be a good idea in preparation for the health-sucking NYE I had planned. The Jamba Juicer had already started, but twinkled a happy “no problem!” and started over. I should have seen through his customer service training.

About halfway through my smoothie, halfway through my errands, I felt a strange tickle in the back of my throat. I coughed, but shrugged it off, thinking that the ice of the smoothie was just slightly too harsh for my soft, delicately sweet soprano throat. I kept coughing through the aisles of the drugstore, continuing to suck down the smoothie as relief for what was becoming an irritation. By the time I got into my car to go back home, I was hacking like a smoker on three packs a day.

Within 12 hours, the cough had turned into a sore throat, and by the time I finally convinced myself that spending another 12 hours outside in the New Year’s Evening air and wearing my body into a wee morning after-hours pulp would be a bad idea, I was running a fever of 104. I lost my glass slipper and it hadn’t even struck midnight yet. In fact, I never even made it out of the ashes.

Either vitamin C and other such “immune system” boosters in my Jamba Juice had worked against what I can only assume is my mutant body, the Jamba Juice boy was sick and had spit in my smoothie even though he said changing it would be “no problem!,” or I was being punished by some higher power for paying my parking pettiness forward. Maybe all three. I was really looking forward to going out and partying for the first time in months.

I celebrated New Year’s Eve cooling myself down in a tub full of lukewarm water dusted with oatmeal bath powder, shivering under four layers of down and flannel, and downing Tylenol with the cheap sparkling Pink that I didn’t take to an NYE pre-party that I didn’t attend on the NYE that I didn’t celebrate.

But at least I got to squeeze in one last post for the last month of the year!

Friday, December 1, 2006 - November was Berry Berry Busy
"It was like that time of the month...for the entire month, which probably explains why blogging was so spotty."

Saturday, December 2, 2006 - 101 Coffee Shop - Bell-bottoms and Trucker Hats
"...disappointingly sparse of spinach and mushrooms, and yet its thickness had a strange similarity in appearance to a crescent-shaped throw pillow stuffed with cheap foam."

Sunday, December 10, 2006 - Beauty Bar - Just a Quickie to Say "I Went There"
"Beauty Bar
is like the Alamo...Except that Beauty Bar is ridiculously over-pink and serves drinks."

Saturday December 16, 2006 - Chocolate Orange Cocktail Party - Lovingly Lush
"I'd even pour myself three Chocolate Orange cocktails, not only reneging on my flavorhate of all-things-orange except for, well, oranges, but shamelessly rescinding every evil thing I've ever said about sticky-sweet, fruity, choco, pebblicious, creamy dreamy drinks-as-dessert."

Sunday, December 17, 2006 - Chan Dara - Thai Eye Candy
"my meal consisted of rapid-fire attempts with my chopsticks a la Mr. Miyagi at random bits and pieces off the plates that were being slung around the table faster than the Alice in Wonderland Teacups at Disneyland."

Saturday December 23, 2006 - Citizen Smith - S-E-X Spelled Backwards
"I fell in E-V-O-L with Citizen Smith without even tasting the menu."

Sunday December 24, 2006 - Tab Energy - If Speed Were Legal. And Liquid. And Pink.
"The damn things propelled me at warp speed into some parallel universe where one freaky parallel day is equvalent to 30 normal days."

Monday December 25, 2006 - Gaucho Grill - Having Nothing to Do with Anything. Or Something.
"how on earth could you miss nothing but pure provolone cheese melted into a cast iron skillet?!?!"

Tuesday December 26, 2006 - Asakuma - Sushi in a Strip Maul
"I am always a girl about brains over beauty and function over fashion (who said 4" stiletto heels aren't functional?!?) but I also am training myself in the appreciation of achieving intended objectives."

Wednesday December 27, 2006 - Bandera - Mature Hipsters Drink Manhattans
"I was bucking fananas for their cornbread. I would order cornbread and a cocktail. It was the best grain-based meal ever."

Thursday December 28, 2006 - Loteria Grill at the Farmers Market - Jackpot
"Had I been carrying my tool purse instead of my usual girl purse, I would have pulled out a measuring tape, but I think it's safe to estimate that the corn tortillas at Loteria Grill are no bigger than about 4" in diameter."

Sunday December 31, 2006 - Le Privé – How to Spend $250 on Hot Dogs and Fruit
"an aquarium teeming with a school of koreanorexic fish, hollow cheeks, hugely round blepharoplasted eyes that are surgically non-blinkable, and puckered lips sparkling with cheap drugstore gloss."

** a year ago today, we rang in the new year korean style with dduk mahndoo gook and...steak **