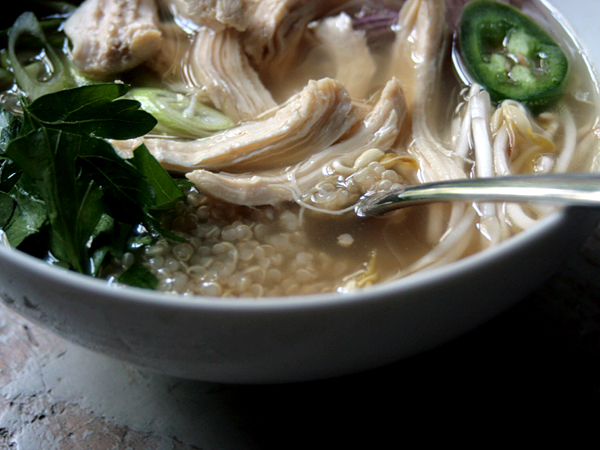 Yes, that is parsley in my pho. I can't stand cilantro. 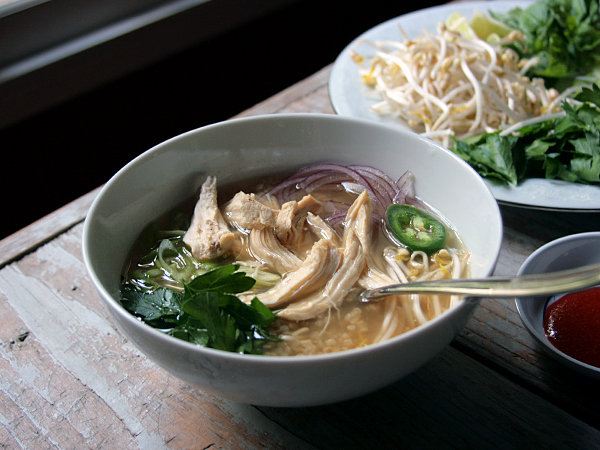 For the Soup Base:

sliced scallions
sliced onions
fresh bean sprouts
mint
basil
cilantro (I HATE cilantro, so I use parsley, which is totally sacrilegious, I know, but who cares when you're using QUINOA instead of noodles already?!)
sliced jalapeño or serrano peppers
lime wedges
sriracha hot sauce, garlic chili sauce, and hoisin sauce

Cook the Quinoa: Rinse the quinoa in a pot of cold water until the water runs clear. Drain the rinse water, then add the garlic, ginger, and filtered water for cooking. Place the pot on the stovetop over high heat. Once the water boils, turn down the heat to medium-low or low and simmer the quinoa uncovered until cooked, about 20 minutes.

If you have an electric rice cooker, use it to cook the quinoa with the garlic and ginger. You can also use plain cooked quinoa that you already have.

Make the Soup Base: Turn one of the burners on your gas stove to medium-high. Using a pair of metal tongs (and wearing a heatproof mitt or glove), place the onions and ginger directly on the burner over the flame, turning them occasionally until they are charred black all over, about 10 minutes. If you don't have a gas stove, you can get the same effect with a grill, the broiler in the oven, possibly a toaster oven. Allow the ginger and onion to cool, then remove the black charred skins by running the onions and ginger under water and rubbing the skins off with your fingers. Use a few paper towels to dry off the onions and ginger, rubbing to remove any remnant charred skin.

Place the charred onion and ginger, chicken parts, and the remaining Soup Base ingredients (salt, fish sauce, sugar, cilantro, coriander, star anise, cinnamon, and black peppercorns) in a large stock pot. Fill the pot with about 5 quarts cold, filtered water, or at least enough to cover the chicken by several inches. Bring to a boil, then immediately turn the heat down to medium-low. Simmer uncovered until the chicken is cooked through, about 25-30 minutes, skimming the surface of the soup to remove foam and fat globules with a mesh skimmer. I use a spoon because I'm too cheap and lazy to buy a special utensil.

(I try to stay as far away as possible from any added sugar to anything, especially savory food even though I KNOW sweetness brings out the contrasting savory and sour flavors. OMG THERE IT IS - contradiction.)

To Serve the Pho Ga Quinoa: Place about 1 cup of cooked quinoa in each of four bowls. Ladle hot soup base into each bowl. Add a handful of shredded chicken meat to each bowl, along with some sliced scallions and sliced onions. Serve with plates of the remaining garnishes on the side (fresh bean sprouts, mint, basil, cilantro, sliced jalapeño or serrano peppers, lime wedges, sriracha hot sauce, garlic chili sauce, and hoisin sauce).

To Store Leftovers: If they are kept in separate containers and covered, leftover quinoa, soup base, and cooked chicken can all be stored in the refrigerator for a day or two. Reheat individual components separately then assemble to eat again. Pho Ga Quinoa that has been assembled in the bowl doesn't keep well so plan accordingly. 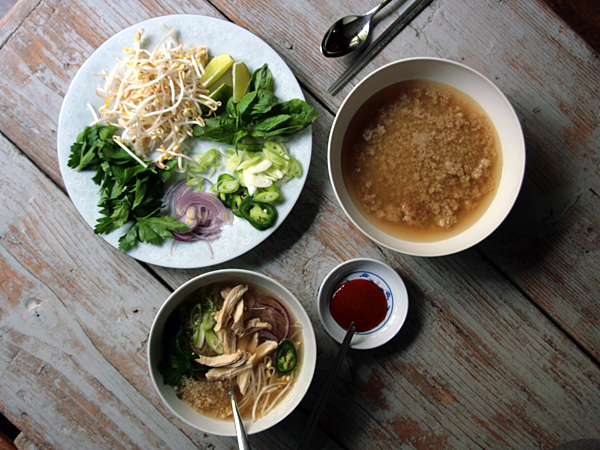 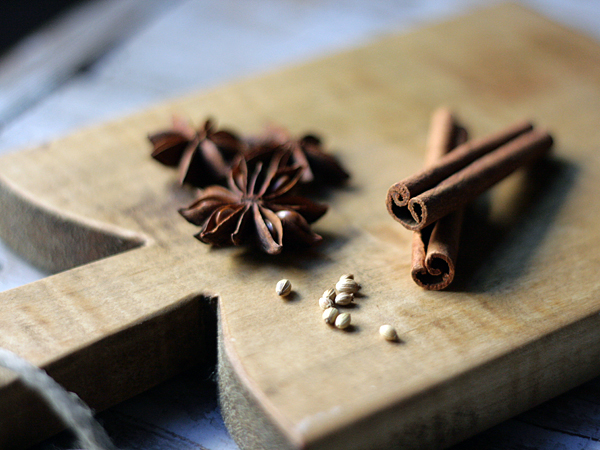