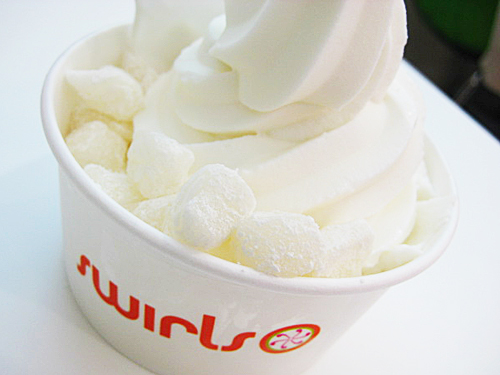 It's easy to "be in love" when everything else around you is perfect.

Love is Like the Hallucinatory Side Effect of an Antihistamine

And because you feel all warm and fuzzy and perfectly in love, you might be deceived into believing that you actually have a perfect relationship.

You don't. You don't have a perfect relationship. It is an illusion - the same kind of euphoric, twinkling-light hallucination you get as a side-effect from extra-strength Benadryl, except instead of having an itchy, red, bumpy allergy-induced skin rash, you have a boyfriend.

The metaphor isn't perfect, but you see where I'm going?

The True Test of a Relationship - For Worse

You should never evaluate the "health" your relationship when the rest of your life is easy because your relationship, regardless of its actual psychotically abusive state, will always seem just as perfect as everything else, fitting as the final, perfect piece into the puzzle that is temporarily your real life. And even if it doesn't "seem" perfect to deluded little you, you will just straight up ignore the reality of how big, fat of a fetid fungal mess your relationship is. You will do an Ugly Stepsister and try to shove that hammertime into the glass slipper that is your fragile life.

The true test of a relationship is . . . frozen yogurt.

Ok, you no longer see where I'm going, and I almost lost it myself, but stay with me.

What I'm trying to say is that the true test of a relationship, the only way to know if s/he is The One, the answer to the question "will this last?" can only be found in a pressure situation and let me tell you, there is no more stressful situation than the grand opening party of a k-style frozen yogurt shoppe in Orange County, with a scheduled "blogger meetup" on the agenda, on the coldest, gloomiest day in what feels like the dead of winter. 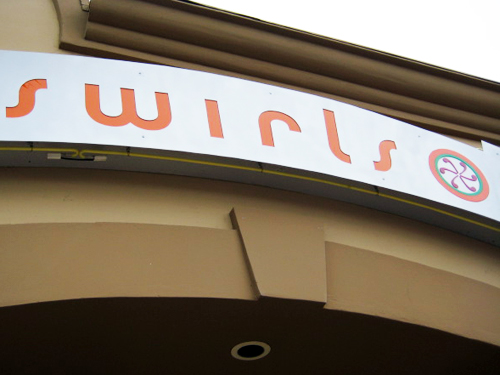 The weather in Costa Mesa/Newport Beach on their Grand Opening Day was a stroke of unfortunate luck for Swirls Frozen Yogurt, yet another blip on Southern California's Pinkberry-esque frozen yogurt frontier. A gray, gloomy, cold day doesn't draw many people out to just randomly roam about the streets near the coast and "discover" a new frozen yogurt place. The unusually ick weather was also a problem for those of us who actually planned to go to the opening event. When I woke up the morning of the opening day, rolled over, felt the chill in the air, and saw the sky through the window, the last thing I wanted to do was unwrap the bodyburrito that I was, get up, get dressed (into real-life clothes), and go out. On a day like that, maybe I wouldn't have minded for the promise of a steaming hot cup of coffee and a plate stacked with warm, custardy French toast with a thick blanket of maple syrup. But for frozen yogurt?

Given the circumstances, especially the fact that social interactions with real people in real life terrify me, I really could have used some support. Encouragement. Heck, I would have taken a smile and high-five. The problem was, I was not getting the slightest bit of significantly other support surrounding what was an important (to me) "work" endeavor. By the time we finally squeezed into a tiny spot in the parking lot of the strip mall in which Swirls was located, the overwhelming guilt for dragging him out of a warm, cozy bed on a cold weekend morning to go commune with complete strangers and eat something he knew he wouldn't like weighed far more heavily on me than the pressures of the event itself. Apathetic non-support would have been better than the active-yet-silent pouting, disapproval, and dissent that made me feel worse.

Actually no. It's all bad. Somewhere, a blood red D- was flashing in neon lights.

Of course, I didn't see it.

If I Could Date a Frozen Yogurt Shop...

Now, if it were socially possible/acceptable to date a frozen yogurt shop and I were dating Swirls, I'd have started tearing out pages of wedding dresses from bridal magazines after seeing the impressive way they handled their less-than-ideal, let's-just-call-it-pressure-for-them, situation. They blasted live DJ music at volumes that are probably illegal in Orange County. They brightened up their little 10 foot high piece of the sky with a Tang and cream swirled balloon arch that color- and themely-coordinated with their store's citrus interior. They handed out raffle tickets. They decorated with streamers all over their Hello Kitty Romper Room. By God, even if the Heavens opened up and dropped a thundering ocean of freezing rain on southern California, Swirls Frozen Yogurt was going to open with superbrightsmilinghappy fanfare and did everything they could to make me, and everyone else who stopped by, feel as good as we could given the meteorological craptasticness.

Toughing it out with a goddamned smile, mine lovers, is how you pass the true test of a relationship. 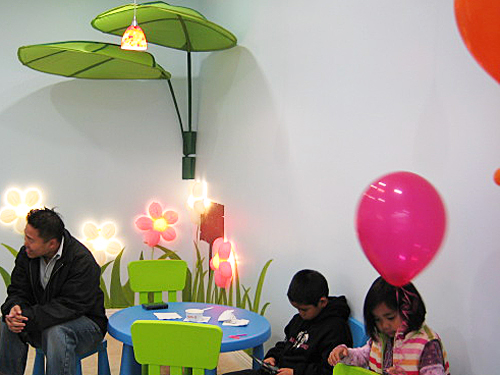 There is nothing about Swirls' frozen yogurt that is different from either Cantaloop or Pinkberry, the only two frozen yogurts (of that style) that I had tried previously. The yogurt is tart, has a slightly unnatural, chemical aftertaste, and leans texture-wise toward the light, icy side of Cantaloop rather than the cream cheese thickness of Pinkberry. The toppings include standard "fresh" fruits ("fresh" in quotes because some of the berries were either very deep into maceration or were thawed from frozen), breakfast cereal, and of course dduk, aka Japanese mochi, aka sweet rice cakes. However, Swirls as a store offers a bit novelty with its salt shakers full of flavor sprinkles, something akin to getting your own salsa at the Salsa Bar at Baja Fresh, but, you know, more pastel. I didn't try the powders. They were a little too unnaturally cute for me.

As much as Swirls showed its citrus colored character at its Grand Opening, sometimes there are just other things (the economy? competition? timing?) that will break you in the end. It seems the Costa Mesa location closed this month for an indefinite period.

Outlasted him by 10 months.

« Corkage Fees for Los Angeles Restaurants - Where You Want to Get Screwed
Crumbs Bake Shop, Beverly Hills - Stephanie Tanner of the Dessert World »