I am reeeally behind on this, as my research has cold brew hitting major media more than five years ago. However, I never said I was a bleeding edge food trendsetter. Oh, sure, I hear about food fads and trends all the time. I just don't really listen. 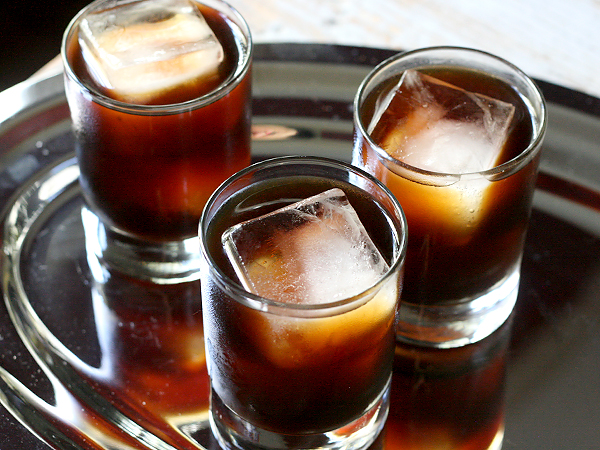 My personal introduction to cold brew was this past summer in the form of a dark, "stubby" bottle of Stumptown Coffee's Cold Brew only to be found in LA (I think) at Sycamore Kitchen. Deep, slightly more intense than my usual morning cup, and refreshing of course, it was, you know, good, but I didn't find it all that much more extraordinary than other regular iced coffee. That, of course, says nothing, because I'm a filthy whore for anything brown, bitter, and caffeinated. What I did find extraordinary was the $4.50 price for a 10 ounce bottle. (Shocked as consumer, awed as businessperson.) 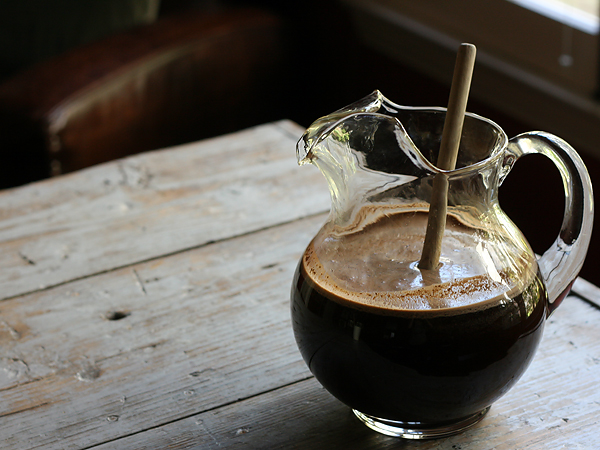 The true revelation came when I got home and looked up "cold brew" online. Wow. There was so much out there. How had I missed it all? Of course, you could look up just about anything and marvel at how quickly google can return millions of result. Non-acetone nail polish remover for chihuahuas? 1.39 million sites in three-tenths of a second! You know, um, as an example.

It was finding out that cold brew is first and more often, something you make at home, and only very recently a store-bought product, that put the obsession in my head to make it myself. (Wait. What? Packaged product that actually started at home? Isn't that, like, everything? Even pop tarts?! Yes, you sarcastic little parenthetical.) 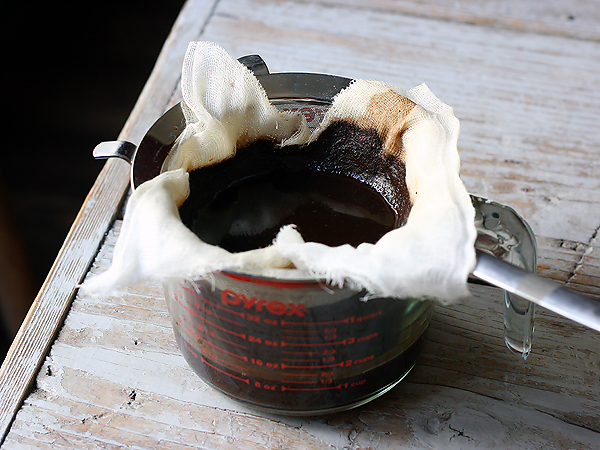 Cold brewing coffee doesn't require any special skills, ingredients or equipment, not even a coffee maker (though there are products on the market specifically designed for making cold brew at home). About the only thing you need that might be hard to find is — pardon me for a moment while I conjure my inner Axl — patience. Cold brew is a process that takes time. I let my cold brew mixture of coffee grounds and room temperature water sit for almost 15 hours before having to pour it first, slowly over a few layers of cheesecloth, then second, even more slowly through a paper coffee filter.

For someone who can barely wait three minutes for the dregs of a paper shredder to "instantly" reconstitute into ramen, the process is excruciating (but obvs, worth it).

I had a large enough glass pitcher to hold the coffee grounds and water whilst it cold-brewed, but that was it. I had to filter the cold brew from the big glass pitcher into several smaller glass containers and then wash the glass pitcher and then pour the filtrate (omg, that dirty word just took me back to AP Chem) through a paper filter back into the glass pitcher. I could have used plastic containers I suppose, but I am freaked out by freaky shit in plastics and other weird chemicals.

(Oh, right, not that I didn't sweeten my life with the white powder of hate and drink a 6-pack of Diet Cyanide every day for years). 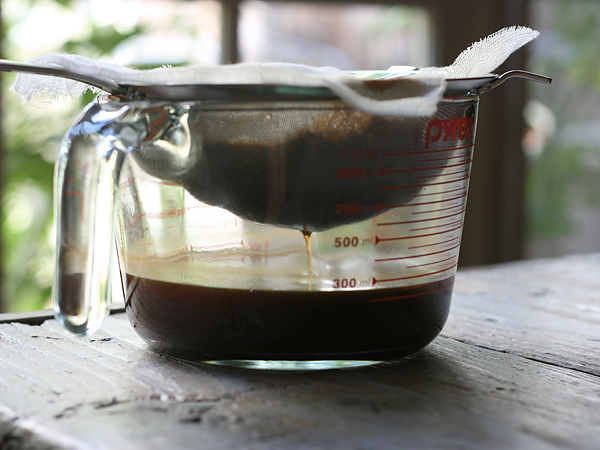 So I'm a little behind in discovering this. So I'm so slow to follow the fad that it isn't one anymore. So I'm a little late in the season to bring up something that is usually enjoyed on a patio in the full summer sunshine, but summer in LA lasts until October and sunshine lasts? Forever.

Now, have you heard about these tiny versions of cakes called "cupcakes?" 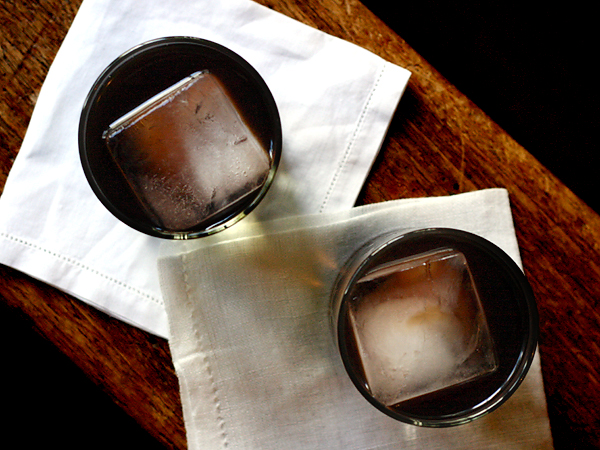 A note from moi: Most "recipes" out there seem to think that whatever dark and stormy liquid that is rendered after 12-15 hours of cold-brewing is a "concentrate" that you dilute to your desired strength each time you serve and drink. I diluted mine to a strength of I-didn't-dilute. Maybe I'm nuts. Maybe I'm hyper-caffeinated.

makes about 1 quart of cold brew, which, if you treat it as a concentrate, can be mixed with 1 quart of water to make (math time) ½-gallon

ice cubes (though I don't seem so behind on the giant ice cube fad, now do I, hmm?!)
simple syrup
milk or cream

Line a large fine-mesh sieve with a few layers of cheesecloth, then place over another glass container. Slowly pour the cold brew over the cheesecloth to strain out the grounds. You can probably stop here, or you can punish yourself and filter the coffee again through something even "finer" like a sieve lined with a paper coffee filter.

(The punishment isn't that you're filtering it a second time; it's that the paper filter takes forever. But hey, you waited this long to make cold brew so what's the rush anyway?)

Discard the cheesecloth, any filters, and grounds (though I am now going to be exfoliating my face with used coffee grounds).

To serve cold brew, dilute it with additional cold filtered water to desired strength. Serve over ice with simple syrup, milk or cream. I used none of the above because I'm a fucking full-strength boss.

Cold brew will keep in your fridge, covered, for a few days, probably up to a week.

~ America's Test Kitchen serves cold brew with salt instead of sugar?
~ Bon Appetit's big batch cold brew concentrate
~ Single-serving cold brew by New York Times
~ Sassy Radish's fine vs. coarse grind for cold brew (in "Update" at bottom)
~ It wouldn't be hip if it didn't have its detractors, too 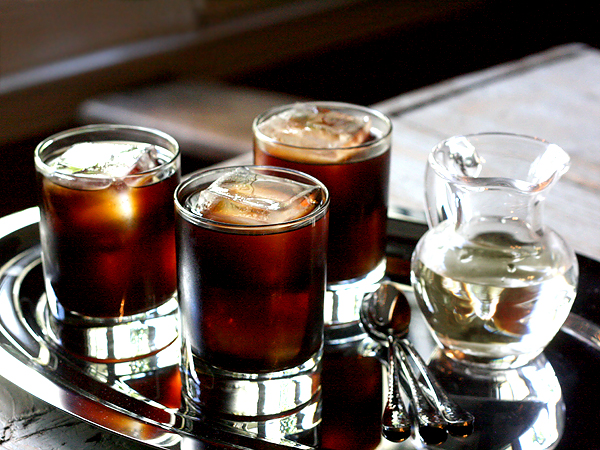