04. A Profile Picture is Worth a Thousand Words

"This is the worst, I mean seriously the worst, dating profile I've ever seen," she squawked between sips of her third cocktail.

Come on. Don't hold back, girlfriend. No seriously, tell me what you really think...

She had pulled up my profile on her phone and was reading it, making disapproving noises and shaking her head the whole time. In a tone that sounded like she was joking but was really just meant to soften the blow, she laid out the truth.

"You're never going to get a date...let alone find a boyfriend."

Every single person who knew I was going to try online dating told me that any decently attractive female with an even more decently photoshopped profile photo becomes an instant target. The guys would be on me like white on Korean rice. When I clicked [finish] on the greatest dating profile ever crafted, I took a deep breath and held it in preparation for what I truly believed would be the flood emails that was about to hit my inbox.

And I didn't hear from a single (literally) guy for days.

Maybe it was a coincidence. Maybe it had been a blip in match's matrix. Maybe uploading my profile at my personal prime time of 3 AM didn't sync with the rest of the normal world's prime time and my profile was pushed down and lost into the folds of the internet by 9 AM, when normal people wake up after sleeping eight hours and log into their accounts and check their new winks over their first cup of coffee.

Ok, I have no idea how the backend of the match site works.

I was basically reaching for any circumstance outside my own control that could take the blame, but I knew it hadn't been a random technical glitch. Embarrassed, deflated, a little irritated that I had spent so much time on it, I hid my profile from public view because my pride couldn't bear another minute of passive rejection.

Whoever said it is better to try and fail than not to try at all was, of course a failure, because it would have been better if I had not tried online dating at all and stayed in my tiny, dark, claustrophobic corner apartment eating flamin' hot cheetos dipped in vodka with Ben and Jerry and save myself the shame of the online equivalent of spending 4½ hours with velcro rollers in my hair, putting on makeup including fake lashes and bronzer in my cleavage, squeezing into the sluttiest dress I had to borrow from someone because I don't own anything but shirtdresses and sweatpants, sashaying into a club packed with only guys, and ending up standing by myself at the end of the bar for an hour sneaking olives from the cocktail condiment tray before going home to my chihuahua who barks at the velcro rollers I still have in my hair because I forgot to unroll them before going out.

What was it that I had done so wrong? I sought the advice of my girlfriend who had, in the last few months, indirectly become a sort of dating coach, setting me up with friends of friends of friends and of course, encouraging me to try online dating.

She started with my profile photo. She hated it. I thought I had taken a sexy, smoldering, sultry photo photo of myself. She told me the only people who can get away with not smiling in photos are supermodels, and that iPhone photos of yourself in a mirror are cliche and also imply that you're a total loner who doesn't have a single friend, not even a cat lady neighbor, who could snap a quick photo of your full face. I had spent days coming up with a username that I thought was poetic in a nerdy way and was, thematically integrated with everything else I had written. She told me "WestcoastWired" sounded like a regional trade publication for electricians.

Most importantly, all of the sections on my profile where I had filled in with my own words, she said, made me "sound weird."

Maybe I should change my username to "Westcoast Weird."

I'm pretty sure that if we hadn't been in a restaurant with other people around us, she would have smacked me.

She demanded that I take a new main profile photo, add more photos maybe some with other attractive females in them, suggested I change my name to Smiling In Stilettos or Cooking for Love or something girly and fun and cute, then got so frustrated with my arguments about being "real" that she went back to her office after lunch and rewrote my entire profile for me.

In a matter of minutes. (She's brilliant and a lawyer.)

She made me sound adorably fun and sweet and sexy and not too smart and...? Extremely date-able.

I was torn. The profile she had written for me was so "winner! winner! take me to dinner!" it could have been one of those "sample" profiles that match provides as a guide for writing your own successful profile. If I used it, I'd probably be married in three weeks.

To someone I hate.

But then, as the novelty of meeting someone! new! wore off, so too cracked apart the down-to-earth, low-maintenance, low-drama, dishwashing-loving, concert-going gameday girl who can get ready in under 10 minutes for a dream dinner date of pizza, beer and conversation about movies, video games, politics and whatever else you want to talk about.

And the real me, who had been bubbling up against a pressure sealed top, comes exploding out after an argument over how we should handle introducing each other to other people ("this is Sarah" as opposed to "this is my girlfriend, Sarah") and I am left with a bruised heart, broken spirit, eating expired beans straight from the can with the last condiment packet of Chinese take-out hot mustard I had left in my fridge for dinner.

I got over myself and put my profile back up, the one I had written myself.

Even if no one ever asked me out, no one ever emailed me, no one even so much as winked at me, it is better to try and fail as myself than to try and still? Eventually fail because I was somebody else.

I'm about to do something that scares the shit out of me. I am, once again, making my profile visible to the public. I have no idea why I am doing this. Especially since I look like I just glossed my lips with a side of bacon in my main profile photo. You can take a peek. You can even leave comments about it if you want. But if they are mean or rude or negative, please remain anonymous so I can't direct my hate and low-self-esteemed vengeance at a real person. 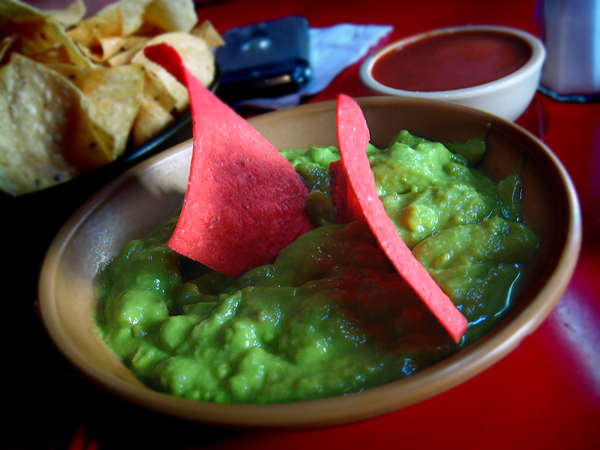 The first time I ever went to El Coyote was actually my last.

My last that is, until I slunk back in for the actual last time, after a very long period during which I would not go anywhere near tequila, including into any establishment that served tequila, especially specific establishments in which I may have overindulged in said tequila to the point of maybe mistaking El Coyote for Coyote Ugly and we'll just leave the rest of that little story for a different blog entirely.

I would never go to El Coyote for the food. In fact, I don't think I would ever go there for anything else either (drinks? atmosphere? vibe? service? ), but we ended up there because it had an early Happy Hour and was within walking distance. The place is old, and depending on whether you're from LA and love that kind of stuff or you're not from LA and don't really care, El Coyote either has a lot of character and Hollywood history, or it's dark and crumbly and you wonder whether the last time they wiped down the booth seating was this millennium.

I find it a bit of the latter.

And yet, yes, I found myself there with some girls, scraping terrible supermarket-y tortilla chips through a tiny bowl of equally, if not worse, guacamole that had to have been cosmetically enhanced for the garish shade of neon green that it was. It had a little bit of that tang that comes not from fresh lime juice, but from, oh, I don't know, fermentation or something. That's all we had, along with margaritas since alcohol is an astringent. I don't think any of us were brave enough to actually eat food food.

El Coyote is the kind of place people take pictures because they're there in a large group. Celebrating. And they're young. We were none of those, but hey, we took pictures anyway.

And that's how I ended up with at least something to work with for my profile. Smiling so I look like a generally happy person. Other attractive girls in photos so I don't look like a loner. Margaritas on the table so I look like a fun, margarita kind of girl.

Because "Fun! Margaritas!" is exactly the kind of girl I am.