It's the kind of opening to emails that I used to receive, not necessarily often, but enough times that it was wasn't unusual. Someone would google a restaurant, then end up on my stupid little blog...

Delicious little internet marketer that I was, I had worked hard and smart, pre-overcrowded SEO battleground, and usually ended up at the top of the search results for popular Los Angeles restaurants. I baited headlines with literal terms to lure search-engines first, with wrote juicy, clever taglines for humans second, titled every link, alt-texted every image, wrapped key phrases in appropriate html tags, and included directory information so once visitors arrived they didn't have to leave my site. I had a full-time job so I wasn't trying to make money on an insignificant blog that didn't even have ads, but it stroked my ego to see the search engine results of all that hard work. It was even better to get those occasional emails from new blog readers, thanking me for my review or complimenting my photos. It was human validation that my anti-social blogging behavior was worth something.

But this email about Gjelina was not from a new reader by way of google.

It was from that other giant search site.

It had been barely a month since I had signed up for match.com, but I was already losing interest. I had received what I could only assume was a slightly below average number of emails and winks and had met up with a grand total of two guys thus far, both of whom I had thought were winning picks from their emails, but turned out to be losers in person.

(Oh dontchuworry you will hear about them ALL soon enough. Also, ok, maybe "loser" is a little extreme but we're trying to sell papers here!)

I'm a mentally stable (for the most part), mature (in age) woman. It's not like I thought the first guy I met from the first time I ever tried online dating would actually end up being TheOne. I didn't think the second, third or even the tenth guy would be either, but I thought that at the very least one of them would be the Two. Hell, I'd have taken the Three just for some good conversation.

The problem wasn't so much that the guys I had met thus far weren't decent matches. It was that there were no matches in the first place to label as good, bad or otherwise. I had met up with a total of two guys. Two! When I thought I thought the whole point of online dating was that you'd be drowning in messages from guys.

It was a "matchmail," in the standard format with the guy's screenname, profile photo, and excerpt of profile in the header, his (hopefully) personal email underneath. The face in the photo was cute, from what I could tell. It was a close-up, almost too tightly cropped so it would have been easy to hide fatal physical flaws outside the frame. But it didn't matter. Less because I wasn't into looks, more because it was the most creative way to "match" I'd come across, you know, in the four matches total, and most because, you know, Gjelina.

"You win for the most creative, interesting way of searching for people. I may have to do that next time just to find someone who already has a reservation there. The last two times I have called, they have been booked solid, so haven't been back since last November. I suppose I should learn to plan in advance...Do you live in the area?

Anyway, no, I do not cook for a living...because I'd actually like to make a decent living ;) I run a couple of websites that deal with food. Keeps me out of trouble.

I was on my way out to go meet a couple of match guys (one right after the other!) so I didn't think any more than a half-second about what/how/when to respond. I just clicked submit and sent the email off to this guy named Ben. 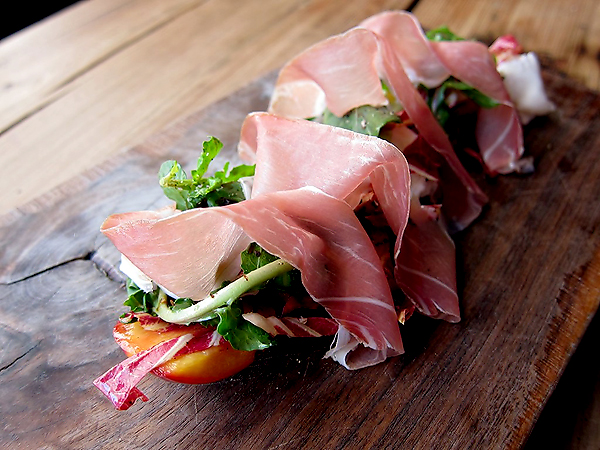 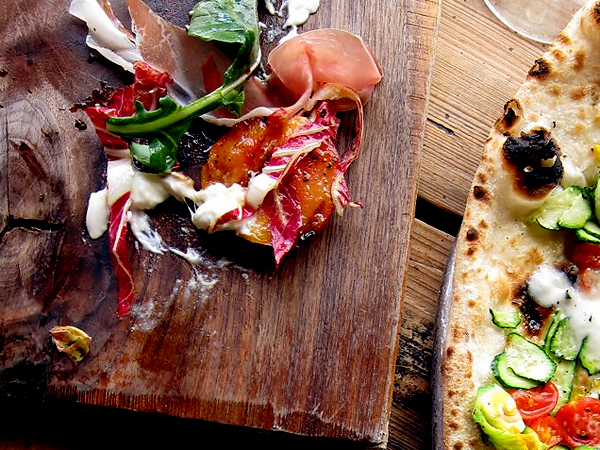 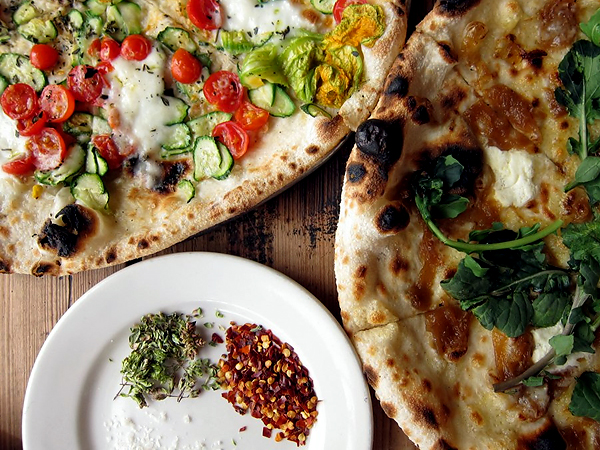 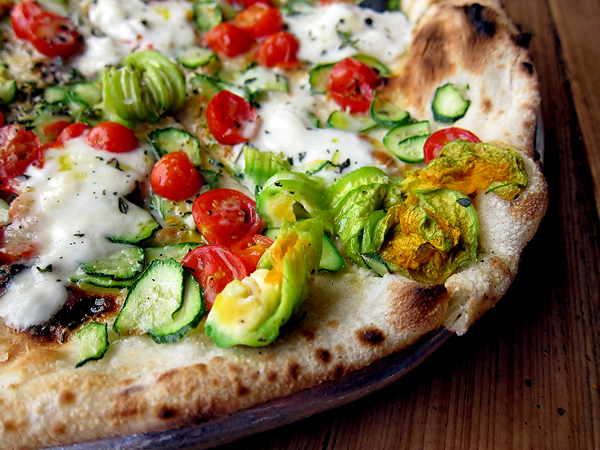 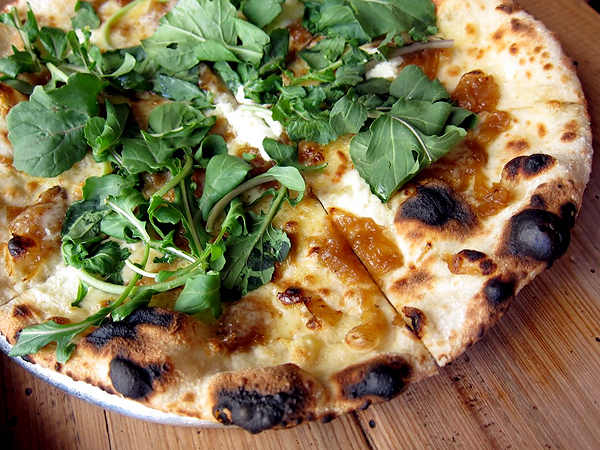 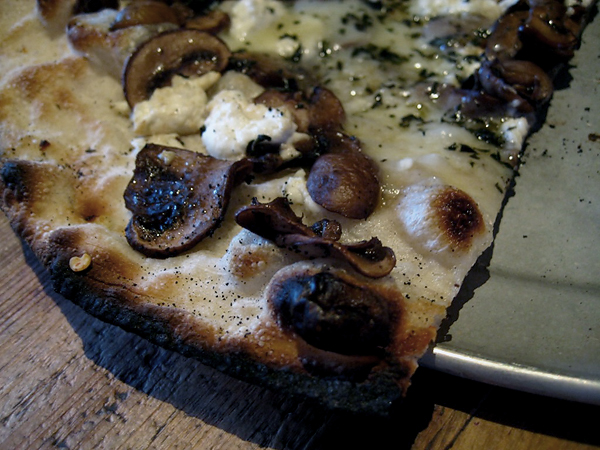 Grilled Rapini with Garlic and Chili 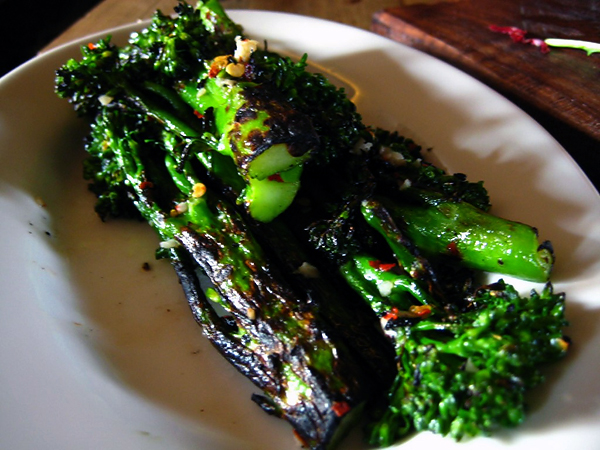 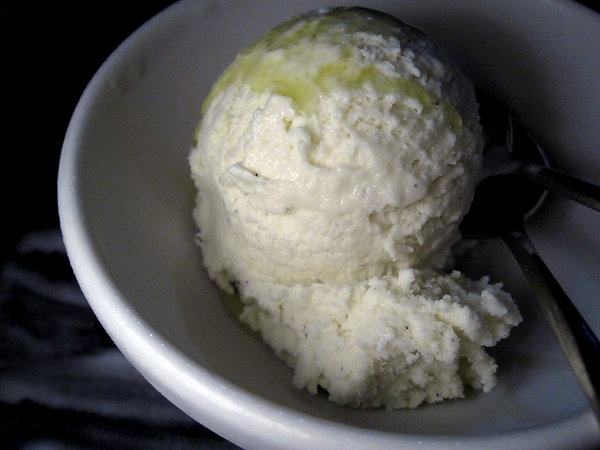 View of Back Patio from Front Dining Room 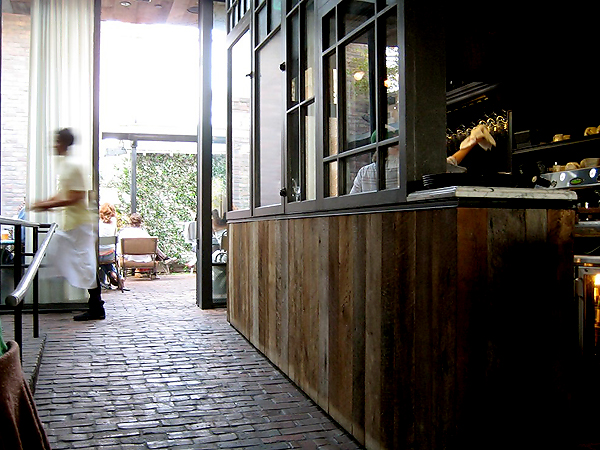