I am in no way opposed to real pork bacon (obvs)...

But every once in a while, you just want to have a legitimate excuse to exclaim, "holy shiitake!" 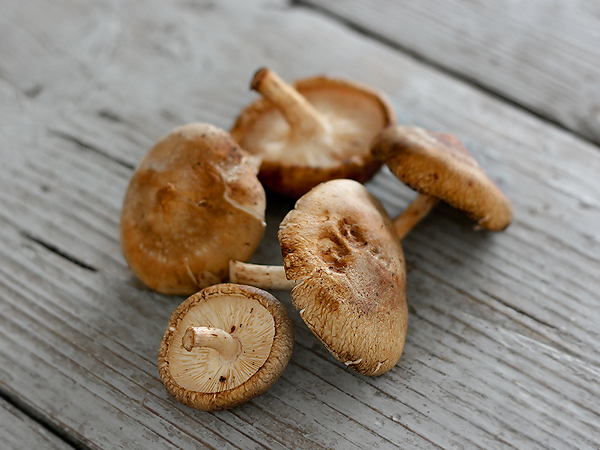 When pork bacon plays a supporting role in a dish, it's really there for its salt, smoky flavor, fat and crisp texture, and (the word I hate above all words right now) the kind of "umami" derived from meat. Shiitake mushrooms have similar flavor and texture components, even the "umami" part. With a quick marinade in soy sauce, they also have salt, so shiitake mushrooms made into "bacon" work as a good substitute for bacon as bits, crumbles and lardons in dishes like, oh say, Frisee Salad or Cobb Salad.

They are also a good substitute, it seems, for fake hipster moustaches.

I know. Now you can never look at sliced shiitake mushrooms the same way again. Sorry. 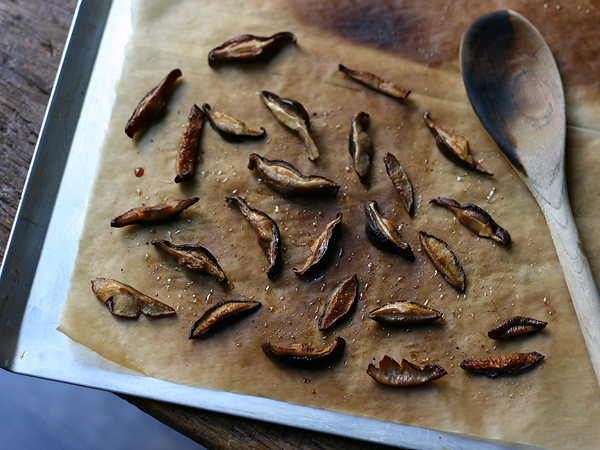 Stem shiitake mushrooms and slice caps into ¼-inch strips. Toss with olive oil, soy sauce and salt. Allow to "marinate" for about 5 minutes.

"Frying" Shiitake Bacon on the Stovetop:

Heat grapeseed or canola in large frying pan over medium heat. Add shiitake mushrooms and cook until crisp, about 10 minutes. Remove mushrooms to a separate plate.

"Roasting" Shiitake Bacon in the Oven

Preheat oven to 350°F. Line a baking sheet with parchment paper. Spread marinated mushrooms into a single layer on parchment-lined baking sheet. Roast in oven for about 10 minutes, or until dark and very lightly crisped at edges.

For an even stronger taste, cook until the shiitake mushrooms are really dark. And I'll be honest, I kind of like their flavor when they're almost burnt.

Use shiitake bacon in any way you would normally use real pork bacon.