It's gotten well beyond the point of complete and utter overwhelmnation.

And really, there is nothing “well” about it at all. It has gotten so far beyond that not only did it pass that point once, but it spent an indeterminate amount of time over there on the other side of that point in a strange, half-fantasy/half-reality haze, starting paragraphs with made up words like “overwhelmnation,” doubled back to its pseudo start, then passed that point a second time just because that is just how Well.

To bottom it all off, because topping it off is just a little too positive, I don't even really know what “it” is that has gotten so indeterminately far-ly past that point.

"It" might be 421 unblogged, half-written blog posts from the past six years.

"It" might be everything besides those 421 unblogged blog posts that are screaming for attention, simultaneously, at different pitches, at different speeds, but all at the same thousand-decibel volume that is so deafeningly loud that no one can actually hear this huge, howling to(rna)do list.

Bet you never thought of your to-do list as an abbreviated tornado, huh?

No one can actually hear it, that is, except for me because "it" is in the form of emails and texts and tweets and notes on post-its in ALL CAPS double underlined ultra fine point red Sharpie. 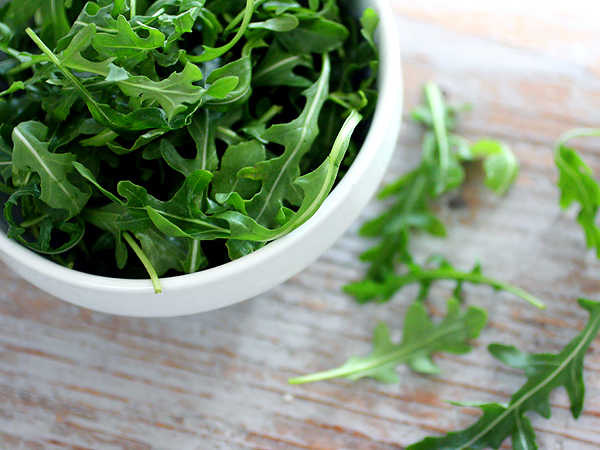 My brain, no, my entire being, feels like a pressure cooker. Have you ever cooked in a pressure cooker? Me neither; it kind of scares me. It's a giant, heavy pot that just sits quietly on the stove top, almost unnoticeable except for the little regulator valve on top making nothing more than the regular, soft "chsk chsk chsk chsk" sound as it bobs back and forth over the steam vent.

I am sure that is what I look and sound like to Le Ben, sitting not two feet away — my head down, quiet except for the soft tapping at my keyboard.

But he doesn't know. He can't see what's inside the pressure cooker. Inside, there is a lot of "stuff." There is fire underneath that's hot and it makes you sweat and the steam builds up all around the slabs of meat and chunks of vegetables and broth and email and creates pressure from above and the fire keeps burning and pressure keeps building and the temperature rises and the meat and vegetables and emails and tweets and voicemails and texts and contracts and presentations and unblogged blog posts are a hot mess of a million still still! still undone things, because that's reason you cook in a pressure cooker, to cook faster sooner hotter until until until the pressure of 30 pounds per square give-them-an-inch-they'll-take-away-your-smile is just too much and the whole gifarkingnormous thing is about...to...

"Brunch?" I squeak out into the quiet of our office.

"I'd love that, baby," he says without looking up from his laptop.

And so I escape to the kitchen.

Without my laptop (I usually take it with me to the kitchen). Without my cell phone (I usually have it on me). And turn on the overhead exhaust fan before anything of interest is even causing a stir on the stovetop, just for the whirring. Just for the white noise. Just something loud and steady enough to drown out those double underlined all caps in my head.

And I make brunch.

I can't seem to manage the enormous meaty slabs of DOTHISRIGHTNOW on my mental tornado list. They're hard and huge and awkward and unwieldy and there are hundreds of them and by the time it gets time, there's no time and I have to resort to...the pressure cooker.

But I can make fucking brunch.

I wash and rinse and chop and rinse and saladspin and rinse again (I'll explain in a future post) whatever's on the counter, whatever's in the crisper — avocado, onion, fennel, sweet corn, snaps peas, green beans — into tiny cubes that will cook in 2 minutes without a pressure cooker. Olive oil. Salt. Pepper.

The vegetables may not be perfect, but, well, more than half that shit is going to be covered up by a gorgeous, golden, sunny egg.

And the slightly burnt edge of the egg might not be perfect, but it can be covered up with arugula walnut pesto.

And Arugula Walnut Pesto is always "perfect," he says. 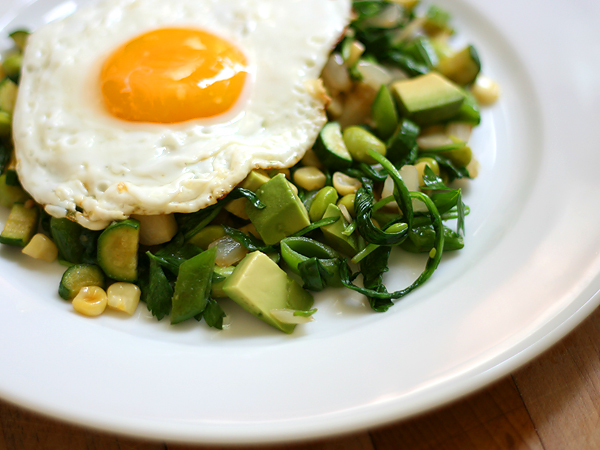 Recipe for the Arugula Walnut Pesto (based on this original recipe, minus he cheese) is first because you should make it now. See how much you have left after you eat it straight out of the food processor bowl with a spatula. You might have to make more.

Season to taste with salt and pepper (we used about 1½ teaspoons salt, ½ teaspoon black pepper).

Heat about 2 tablespoons cooking oil in saute pan over medium heat. Add garlic and onions and cook until soft. Add the green vegetables except avocado in descending order of cooking time. For me, I cooked the fennel along with the onions and garlic, then added everything else. If it's all fresh, it's okay if they cook slightly unevenly.

Remove pan from heat and stir in avocado and leafy greens. Season with salt and pepper. Remove vegetables from pan to serving plates.

Heat about 1 tablespoon cooking oil per egg in pan over medium-low. Add eggs and cook sunny side up. I don't feel like writing out detailed instruction for cooking sunny side up eggs. Besides, you already see how (not so) well mine turned out.