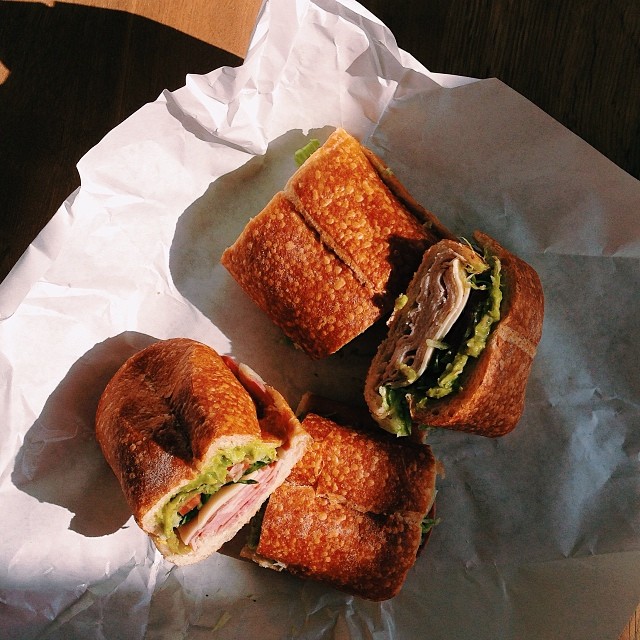 If someone puts a menu in front of you, asks you what you want to eat, offers to call in the order, and is willing to brave the lunchtime traffic and the tiny corner of hell known as parking at the deli to pick up your Godmother with everything...

Bay Cities is the deli darling of the Westside. There is nothing I can say about the combination gourmet Italian specialty store and deli that hasn’t already been said. Bay Cities is on Lincoln Blvd. between Broadway and Colorado, which makes it local for Westside residents, and easily accessible to anyone off the 10 freeway. However, parking is a headache because though there is a parking lot, a mobster scene of OSUVs (over-sized utility vehicles) makes it a parking “little.” All the rants about the place are the same, but they’re worth the raves.

Though Bay Cities is a deli with a variety of offerings that doesn’t distinguish it from any other Italian deli, it seems that the place would still do exceedingly well if it adopted the In-n-Out philosophy of a severely limited menu. Bay Cities could sell one thing, and one thing only – the Godmother, an Italian sub sandwich teetering on the edge of decency with a barely legal number of meats.

Who knows why Bay Cities named the sandwich the Godmother. Might the intentional ignorance of the grand obvious have been an act of subtle self-deprecation? Was it was so matriarchally named because everyone and, um, their mothers, gets the sandwich. Perhaps the combination of genoa salami, mortadella, coppacola, ham, and prosciutto makes this “the mother” of all sandwiches. Maybe when the sandwich is cut in half, the almost indecent exposure of a gluttonous amount of provolone pinned beneath vegetables that have been worked into a creamy, dripping tangle, and pressed from below by an orgy of slippery, slimy, salty meat – is all kinds of delicious naughty when it’s the Godmother, but sort of vulgar when Godfather.

Or maybe that’s a little bit of twisted psychology that we just don’t want to talk about right now, 'k?

The last time I had a Godmother, it was six years ago, and though I liked the Godmother, I didn't love the Godmother. The multiple meat fantasy is just under overboard. The cheese balanced it. I loved what they call spicy pepper salad, which I thought at first was an overdue reunion with giardiniera. I could have done without the mayonnaise (which I am certain was an error on Bay Cities' part because I never order sandwiches with mayo), but the spicy mustard made up for it.

The bread was the one thing that barred me from loving the Godmother back then. The bread was just too chewy. I realize that chewiness is probably the single distinguishing character that everyone else loves about the bread, and if I were eating a slice of bread, I would, too. The chewy bread simply made eating the sandwich slightly messier than necessary because every bite smashed the inside ingredients together, and pushed any potentially mutinous vegetables over the edge and into the creamy mess that was collecting in the folds of the paper sandwich wrapper below.

My my my my MY how much things can change in six years.

Is the sandwich different? Has my personal taste (im)matured? Perhaps circumstance and external experience play a much bigger role in how we taste food?

Can the thoughtful, unprompted (baller) move of substituting avocado for mayo because he knows you make that much of an impact?! 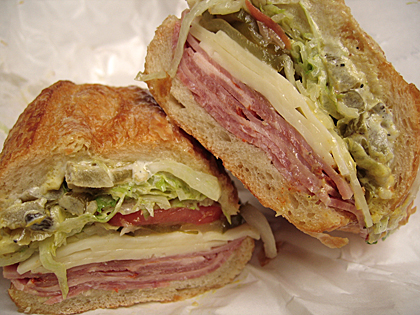