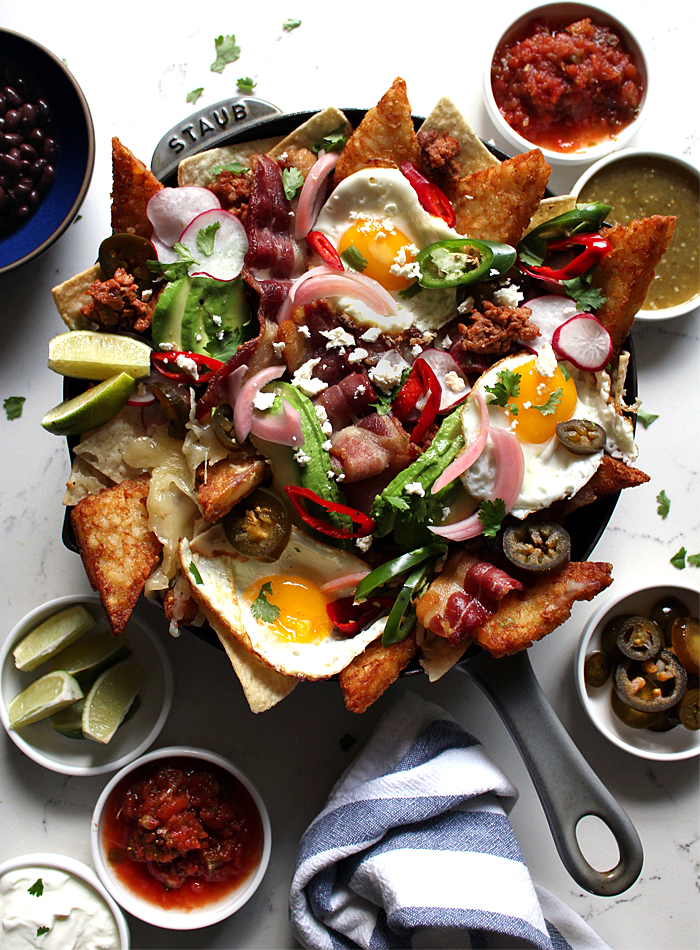 makes a giant high pile in a cast iron skillet, or a huge, flat baking sheet of Breakfast Nachos, enough for about 6 people, 4 people if everyone tries really hard

When all the frozen hash browns are cut and ready, heat about 1-inch of oil in a frying pan with high sides over medium-high heat. Prepare a plate with several layers of paper towels nearby to drain the fried hash browns of oil.

Assemble the Nachos: Turn on broiler in oven to high.

If you are using pre-cooked/leftover bacon and chorizo that is cold from the refrigerator, you can add to the nachos now so they warm as the cheese melts in the oven. Just be sure to watch closely so the cooked bacon and sausage don't cook so much more to the point of burning.Otherwise, if the bacon and chorizo are hot, wait, and add them after broiling.

Place skillet under broiler, about 6-8 inches from the heat. Watch carefully, and remove once the top layer of cheese has almost completely melted. It's okay if the chips get toasted on the tips. Ours took about 8 minutes.

Remove the cast iron skillet from the oven. If you are using a separate serving plate, slide the chips/hash browns/melted cheese onto it. But why dirty yet another dish? Serve the nachos straight out of the skillet, just be careful, the pan is hot.

Top the nachos with the cooked bacon, chorizo, and additional black beans if you'd like.

Place the fried eggs on top. 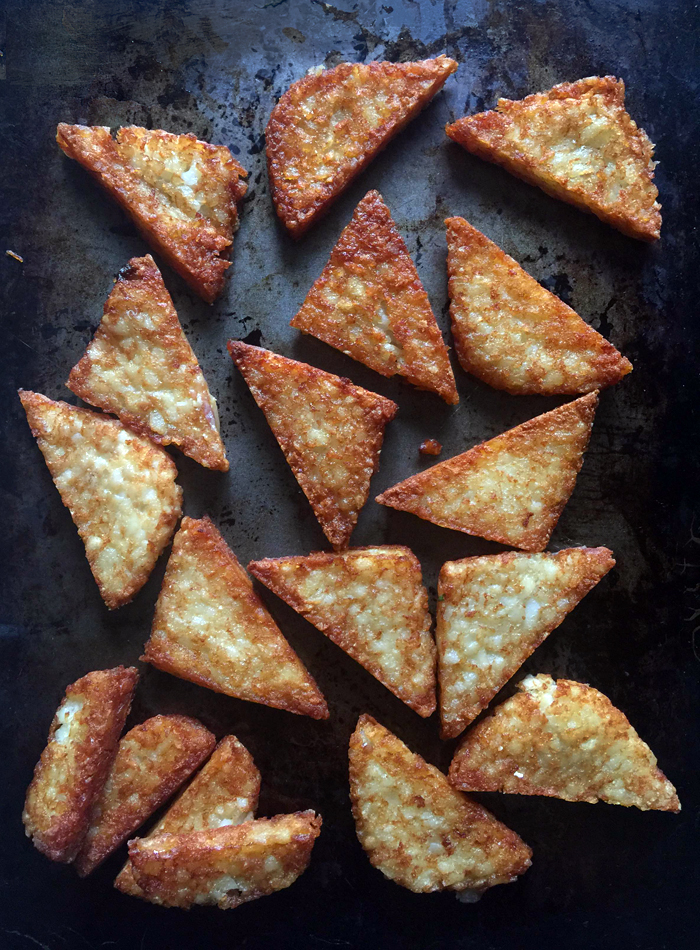 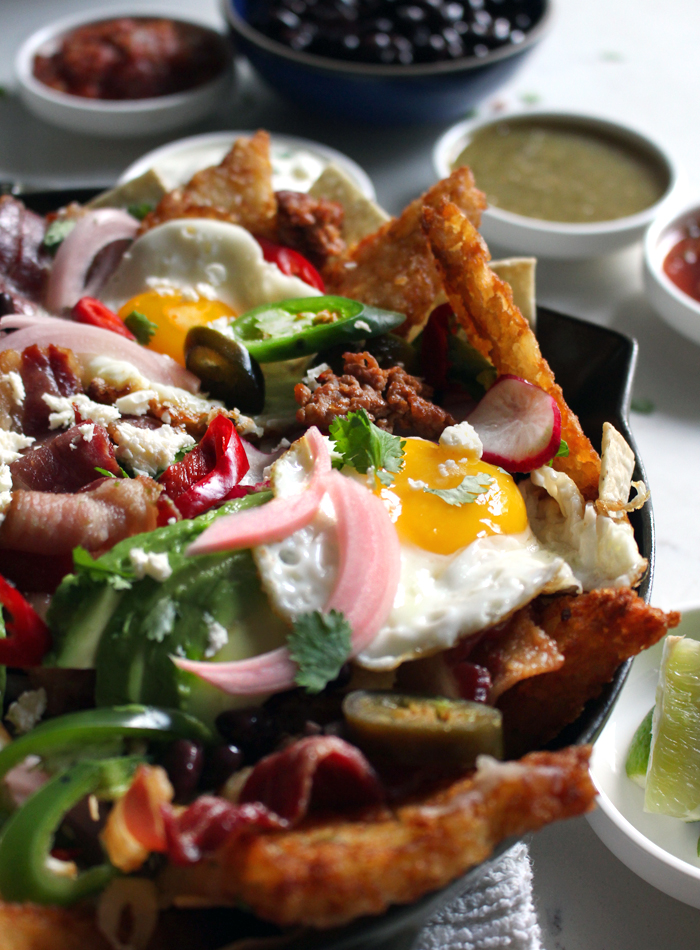 I Have a Nachos Problem 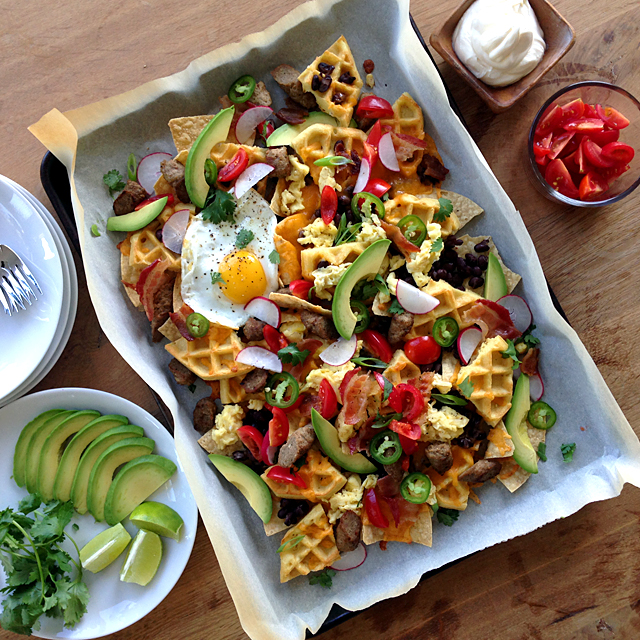 PANCAKE Breakfast Nachos, same as above, but with buttermilk pancake quarters: 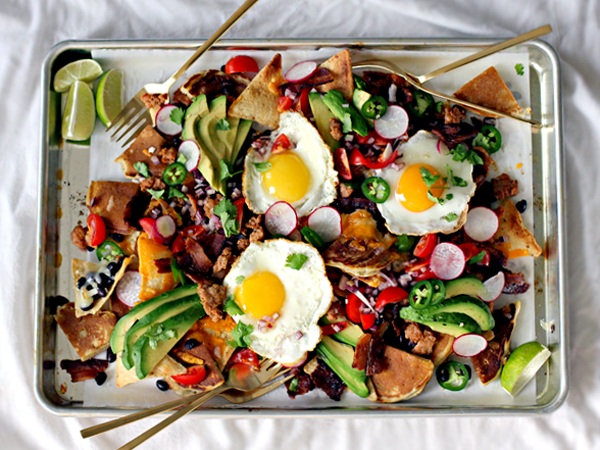 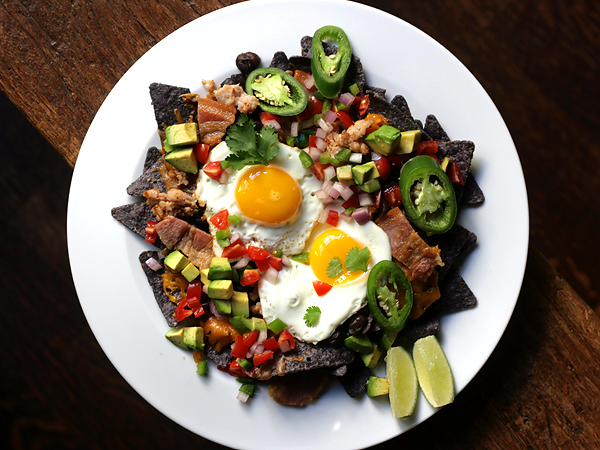 Irish Nachos (nachos made with with french fries): 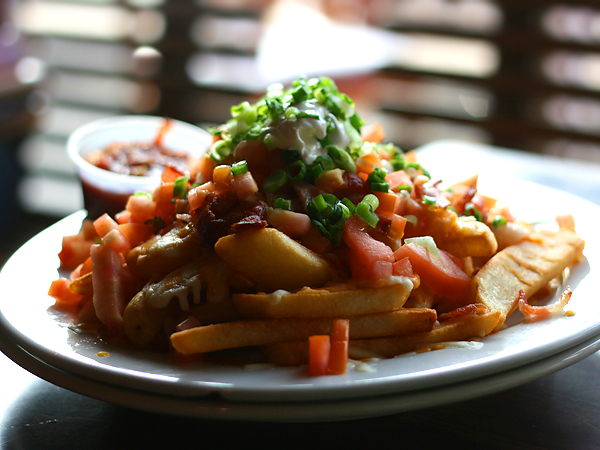 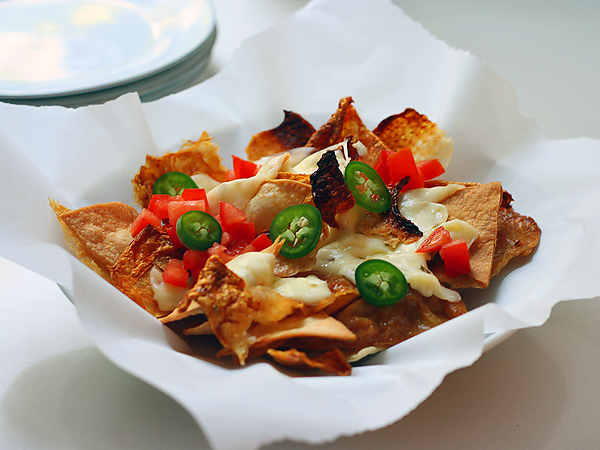 Chilaquiles - not really nachos, but they sure look like breakfast nachos drowning under red salsa to me: 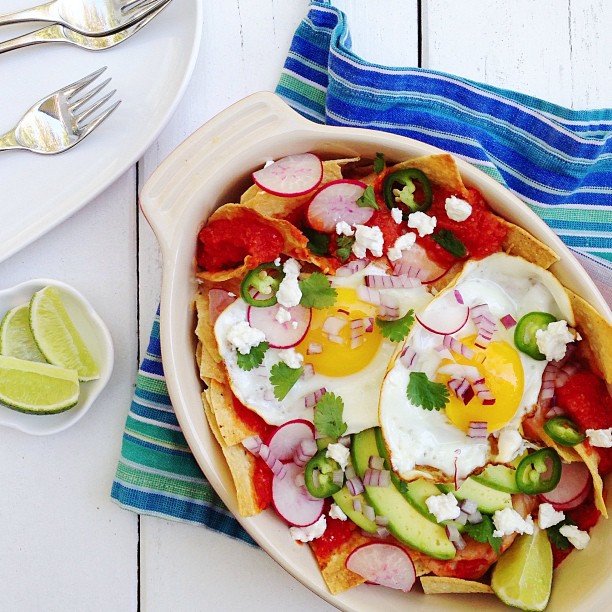 "Nachos" is one of the Epic Tailgate Party Foods, #18 on the 50 Things to Eat Drink Do Wear for Fall Bucket List.