Not only did I just brush my teeth, but I flossed.

And not only did I floss, but I flossed with all that sudsy toothpaste in my mouth to get those scrubbing bubbles between my teeth ...

While this may seem like too much information with too little importance, it is, in fact, quite significant. Improving dental hygiene, with one practical application of flossing before bed every night, is one of my new year's resolutions.

Of course, I flossed at 2:00 in the afternoon, but that's still technically "before bed."

It is not the specific resolution itself, but the very existence of any resolution at all, that is a reminder that I have yet to write the obligatory post about my forward-looking New Year's Resolutions because I have not yet posted my backasswards-clinging Old Year's Review, and though one of my goals for 2012 is to let go of manymanymany things, including a self-inflicted painful expectation of timing perfection, i.e. allow myself to do/write things as they come, I have not yet gotten to that part in the sequence, so you see why one of my other New Year's Resolutions is to cut my run-on sentencing self off at the first comma.

I'm having trouble breathing right now, are you?

It should have started about a month-and-a-half ago, back in mid-December, when the rest of the normal blogosphere starts to roll out the Year-in-Review posts. Those types of summaries and lists can even be done legitimately through the middle of January, when people who haven't seen one another since last year still say "Happy New Year" without sounding like total fools. I, however, missed that six-week window by more than a longshot. Just yesterday, I greeted the Bristol Farms bagger with "Happy New Year!" and he looked at me like a 15-year-old looks at a crazy 37-and-a-half-year-old cat lady in tattered "yoga" pants trying to talk about Harry Potter with him because it's a young adult book so she thinks it makes her hip and relevant.

Sorry. Haven't had a chance to work on that run-on sentence problem since two paragraphs ago.

Unlike most normal bloggers who can just click backwards through their archives — because that is what a blog is, a chronological web-log (wow, remember when we had to explain that every time?!) of thoughts or opinions or life — and cull together an interesting list of posts that fairly accurately reflect their past year, I don't have those archives.

Because I didn't post anything that has anything to do with anything.

But that's not to say that I didn't do anything!

(Which, by the way, with more than a dozen leaves, is coming along gorgeously). 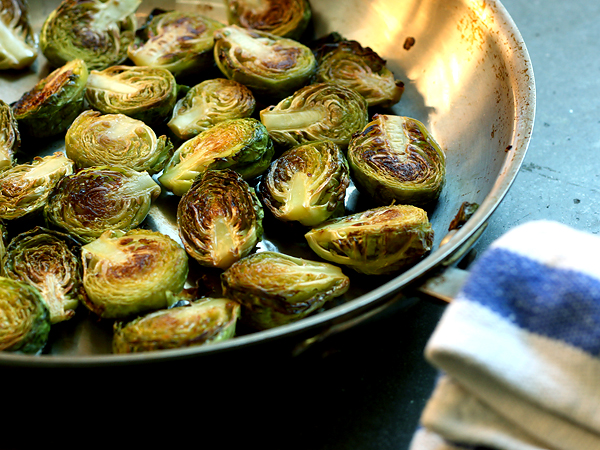 Jump to Recipe
Life last year was incredible. That's really the only word that comes to mind. Ok, maybe "amazing," "awesome," and "awesome," do too. And I'm not just talking about the way we use those words somewhat flippantly to describe things that were really really really good, but what they really mean. I can't believe the year I had last year, I am still astonished/surprised by last year, I am overwhelmed with admiration for everything about last year. It is hard to believe that this new year could actually be better.

In a previous career, when we would sit around heavy wooden conference tables in our business casual attire to do our big, formal fancy Corporate Year-End Summaries, "great year!" always meant that we had surpassed sales goals or expanded production or opened new office or surpassed any goal that had a number attached to it.

Now, as I sit back in my economy class Costco knockoff of a fancy deskchair and really think about what made 2011 a "great year!" I can't pinpoint any specific people, events or things. TasteSpotting didn't sign any huge advertising and sponsorship deals (but we'd really like one or two for 2012! interested? email me!) , we didn't launch any new sites, and the google analytics have just been slowly and steadily growing as it has been for the last five years. In fact, my two sites didn't reach any major milestones, any grand goals.

Last year was so good because I was happy. I wasn't unhappy before, and I'm not saying I was overjoyed and bubbling over with sunshine and sugar free marshmallows 365 days. Sure, there were some unsavory moments like finding that inchworm in my salad, getting into a three-day long fight with myself, and a few more-than-the-flu health scares, but all of the people, places, events, and things blur together into what I can just say is an overwhelming underlying theme of happiness for what was the Year of Le Lapin.

That being said, I'm still listing out a few key moments from last year because that was the original point of this post.

Now I'm off to go gargle for a full 30 seconds with a prescription (read: "expensive") rinse from my dentist. When I'm done, I'll post the rest of my New Year's Resolutions, which of course, after writing all of the above about not having nor reaching any goals last year, no longer apply.

Print Recipe
No ratings yet 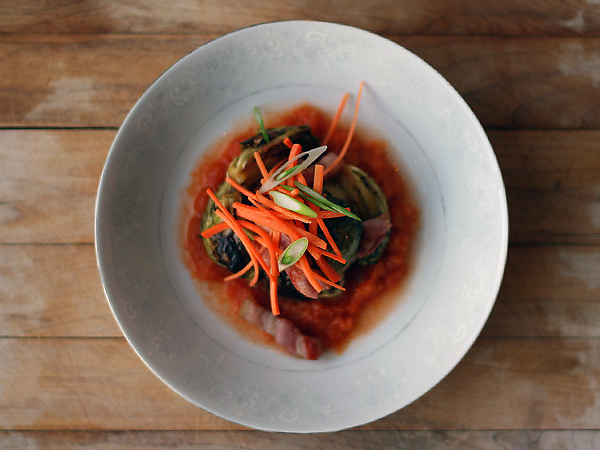