(But that's not surprising, is it?)

Who knows whether it's a symptom of genetics, ethno-culture, family upbringing, birth order, zodiac sign, or some combination of any and all factors. I just know that I've been this way ever since, oh, I don't know, forever ago.

Maybe saying "love" is a little much. "Crush devastatingly hard and fast" is probably more accurate, though my 4-, 10, and 15-year old selves would weep and whisperscream that you don't know anything! You don't know me! That boy with the blue eyes in kindergarten, Simon le Bon, Leonardo di Caprio, George Michael, and my high school prom date Suresh Magge, they are all real, true love.

That kind of quick-to-obsession is common in young girls, I know, but thirty-*ahem*-something years later, I seem not to have outgrown it. In fact, it has only gotten worse. Faster. More affected. More frequent. At least once a day, I proclaim "OhmigodIlove...!" and proceed to go through the S.O(bsessive).P. of stalking every photo and bit of information 38 pages deep into google (beyond which, I think it borders on illegal), thinking about it all day, letting it invade my dreams at night, talking, tweeting and blogging about it ad nauseum.

Somewhere along the way l'objets de mon affection changed into, well, exactly that. Objects. Inanimate things, specifically food, for which I couldn't suffer disappointment when my love was unrequited, unlike the boys who would never love me back, never obsess about me in return. (Wait, has this blog post turned into a free therapy session yet again?)

And most recently, Campari.

I can't remember ever having tasted Campari before sucking down my first Negroni (1:1:1, gin: vermouth: Campari) at the end of last year. However, I wasn't even conscious of the Campari component back then. Some time between then and now, this citrus-based bitter aperitif from Italy overwhelmed my consciousness and I am now inexplicably obsessed.

Really, inexplicable because I don't regularly drink liquor (anymore) and I could go so far as to say that I hate orange-flavored foods (other than actual oranges), but isn't that how obsession works sometimes?

A couple of weeks ago, I drank a Campari and Soda at Son of a Gun, the perfect aperitif before heading up to San Francisco for a week-plus-long feeding frenzy. 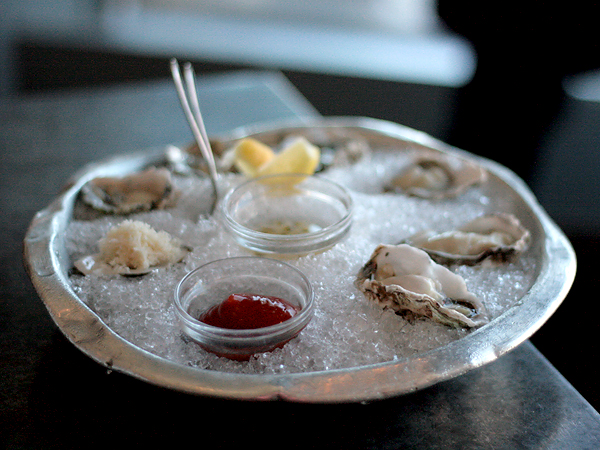 I am now obsessed with little dollops of creme fraiche on salads. Especially now that I've seen said dollopage, uncoincidentally, in restaurants other than just this one.

Of course, it may just be that I am obsessed, therefore I pay attention to it. Kind of like the way it seems like every other car you see on the road is the same as your ex's even though you never even acknowledged that the car existed before meeting him. 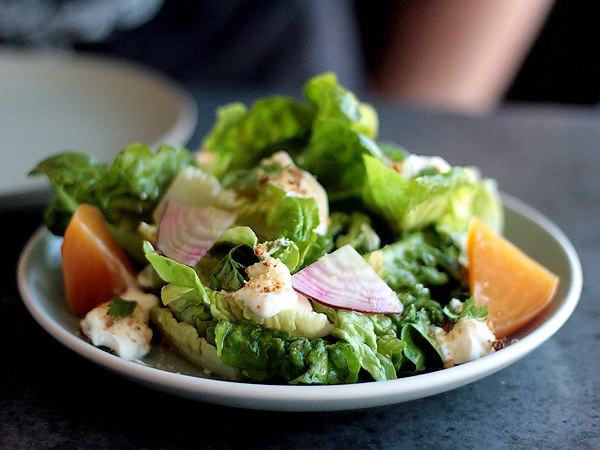 Dungeness Crab in Daikon Roll with Melon and Yuzu 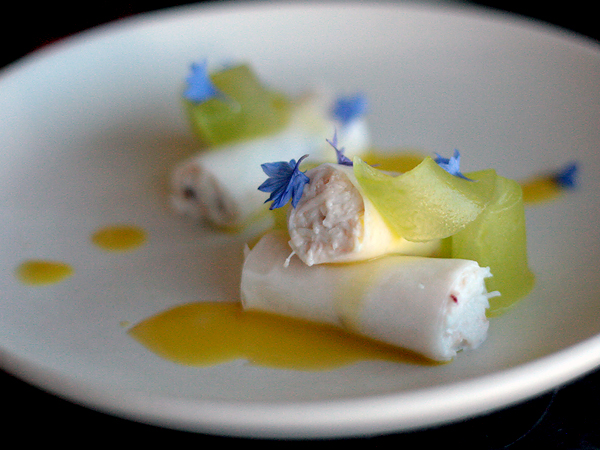 This dish used to be served with cornbread sticks. It is now served with deep-fried cornbread balls, which is so much better. Obvs. I am, naturally, obsessed with hush puppies. 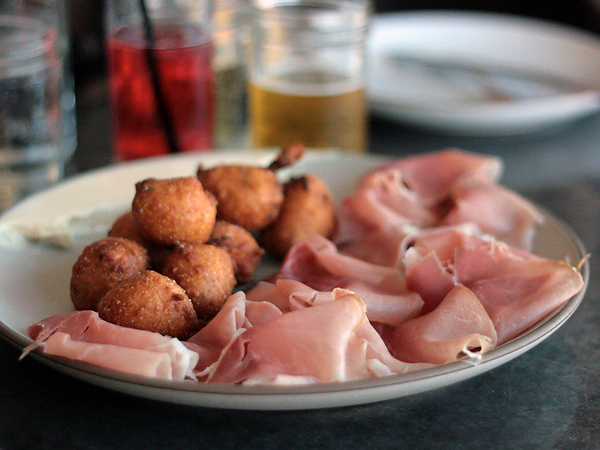 Malt vinegar aioli should be an anti-aging cream. Or whatever you call something that makes you dip anything you can get your grubby little fingers on and dip like you're 6 years old. 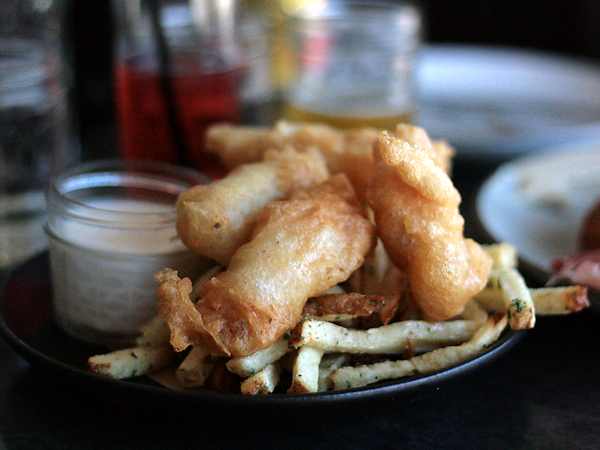