This isn't the worst set of food photos I've ever taken.

These are photos from the first (and only) meal I ever had at Tlapazola, a Oaxacan-leaning Mexican restaurant in a strip mall at one of the most awkward pseudo-intersections in West LA. I can't remember specifics about the food because the photos are so bad that I can't rely on them, as I occasionally do, to trigger my taste memory.

"Why?" you might be asking yourself. "Why on earth are you posting the second or third to worst set of photos you've ever taken?!"

It's disturbing, I know, but I bet you didn't think you'd have to ask yourself, "Wait, why do you still have really bad photos that were TAKEN IN 2006?!"

And I bet you'd never think to ask yourself, "OMG. There are MORE?!"

Yes, I have an entire folder of folders named by restaurant (Ford's Filling Station, Pizzeria Mozza, Shibucho...), filled with really bad photos that I took six years ago. Bits and bites neatly organized, but never uploaded to a blog post. I've been saving them for something. Waiting, I guess.

For what, though, I'm not sure. 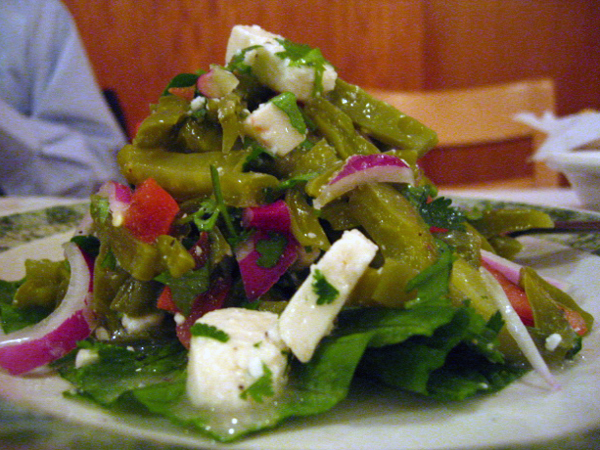 I can't remember what happened to the Canon s500 that I used to take the photos — probably returned it to Canon in the first of a long chain of manufacturer loyalty trade-ins — but I do know what happened to the camera's original cardboard box with all the plastic, packaging, twist-ties, user's manual and even that little registration postcard that no one ever actually sends back to the manufacturer.

I still have it. All of it. In mint condition.

Because if we ever find ourselves in a situation in which we are in dire need of a fairly sturdy blue cardboard box about the size of half a shoe box, along with 4 small torn open plastic bags to save our lives, you are fucked, but guess what. I am ALL SET. 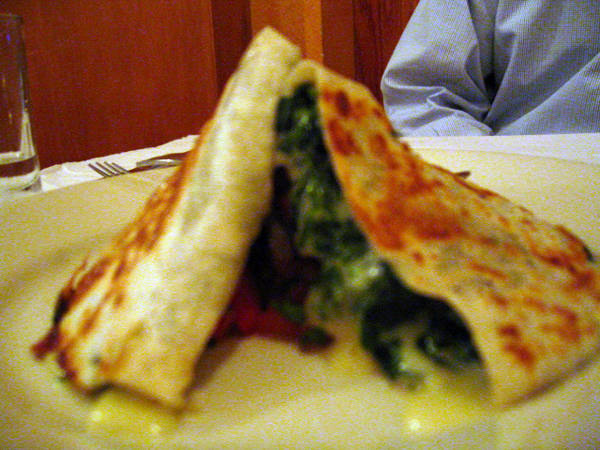 "Aw...business school!" (A Palm V, you know, with a black and white screen. And a stylus. And of course, in its original box.)

"Aw...high school!" (Silver-Reed EX42 typewriter, not old enough to be charming vintage decor, not new enough to, well, it's a fucking typewriter.) 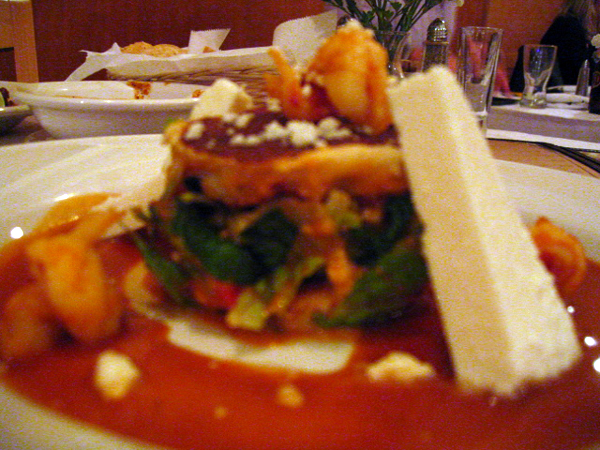 It was after moving into the new house, unpacking, and trying to fit the thousands of random things that together represent my entire life into a whole new set of drawers and shelves, however, that it got more interesting.

Pulled from a box of my clothes, they were a pair of men's gym shorts, size small. Too big for me, too small for...

She didn't even wait for an answer, she being Laura, the woman we hired to "help us move." Laura threw the shorts onto the pile next to the master bedroom door that was going to Goodwill. It was growing by the hour. 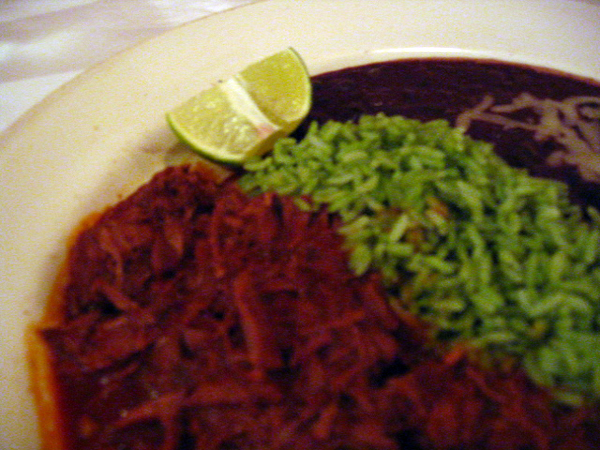 Laura is a professional...something. She doesn't have a job title, she doesn't have a business card, she only has a phone number that a friend gave us when he found out we were moving. "Call Laura. She shows up at your house, does her 'thing,' and at the end of the day, your entire house is neatly packed into boxes and you haven't touched a single piece of packing paper."

She did exactly that, and then some. Laura, we found out, is actually a professional organizer; packing/moving/unpacking/organizing-clients-into-new-lives comes with her territory. She came to the new house the next day and unpacked every single mismatched salad plate, every fistful of capless pens, every odd piece of clothing leftover from *ahem* previous relationships.

And threw them all out.

Extra favors from my sister's wedding seven years ago. Pots with no handles. Broken appliances. A dozen cheap glass vases that came with flower arrangements sent to me over the course of my romantic lifetime. "Oh, I need those," I stopped her. "For what?" she challenged. I was trying to come up with an answer. "Do you really need all of these?" she asked. I didn't. In fact, I don't need a single one. 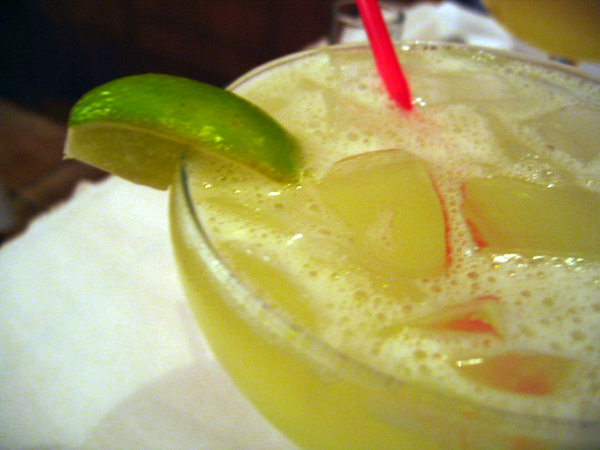 It was uncomfortable, at first, to have a complete stranger not only touching my things, but going through them piece-by-piece. I'm not quite sure exactly what it was. Feeling violated? Like my privacy was being invaded? Probably a combination of both, but subtler because I didn't really have anything to hide. More than anything, I suppose, it felt like my entire life was being judged each time she held up some material possession of mine and made a decision about whether it was important to me. It was terrifying to give over control like that, but strangely, something about the whole process was absolutely exhilarating.

Laura worked quickly through the "public" rooms -- kitchen, dining room, living room -- without input from me. But when it came to the bedroom and most frightening of all, my office, she seemed ruthless -- insensitive to the memories, hopes and sometimes just straight up irrationality attached to my very personal belongings. But I know that an objective third party is exactly, the only, way it was going to get done. I found myself making excuses, sometimes for the object itself, but most of the time, blaming myself. "Oh, that's not working anymore. But it's my fault, and I was going to get it fixed..." She cut me off with a gentle but realistic "When? When are you going to fix it? How long has this been broken?" She dropped a rusted, hingeless curling iron straight into the trashcan. I had held onto a broken fucking curling iron. "If you need it, buy a new one. That works."

When it was a third complete set of "good" silverware that I argued we had to use for dinner parties, she sighed, then boxed them up and sent them to the garage out back for storage. "You get them when you need them." There were a lot of things that I thought I still needed, and Laura sent them all back to the garage.

It was almost 11:00 PM when Laura finished. There were still a few half-full boxes in the office but I wanted to handle things like my personal files myself. Right before jetting off into the night in her huge black sedan, Laura looked right into my eyes.

"Call me when you're ready in a few months and I'll help you 'organize' your garage."

Hopefully, by then, I'll have deleted 2006 off my hard drive. 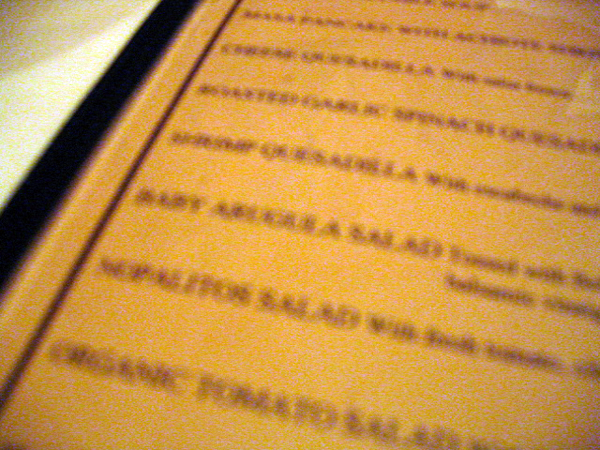 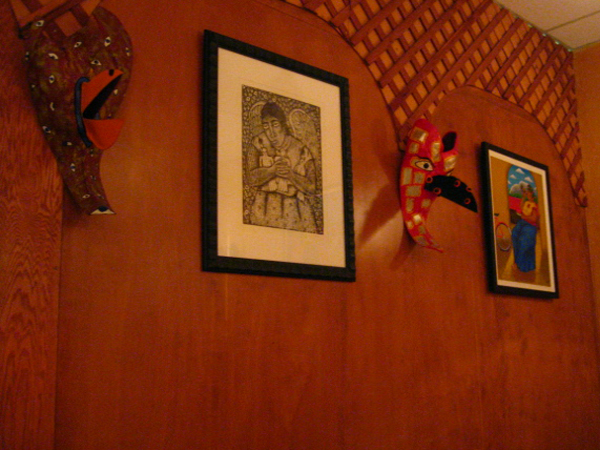