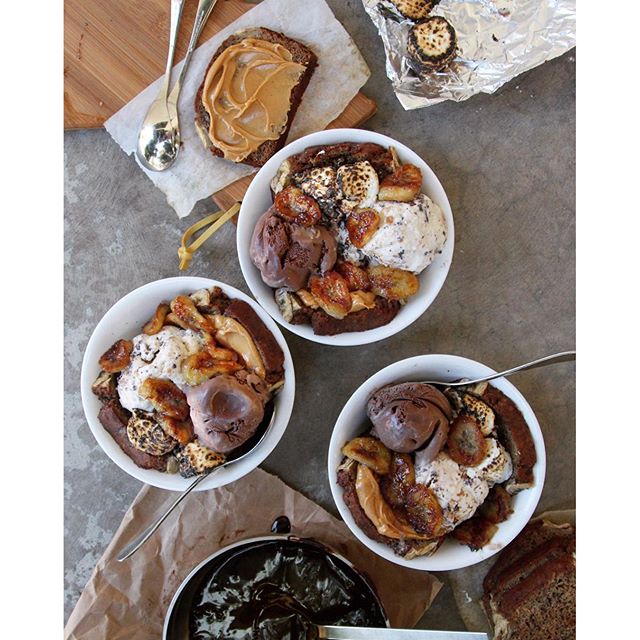 Place one scoop each of chocolate, vanilla, and peanut butter ice creams between banana bread slices in each bowl.