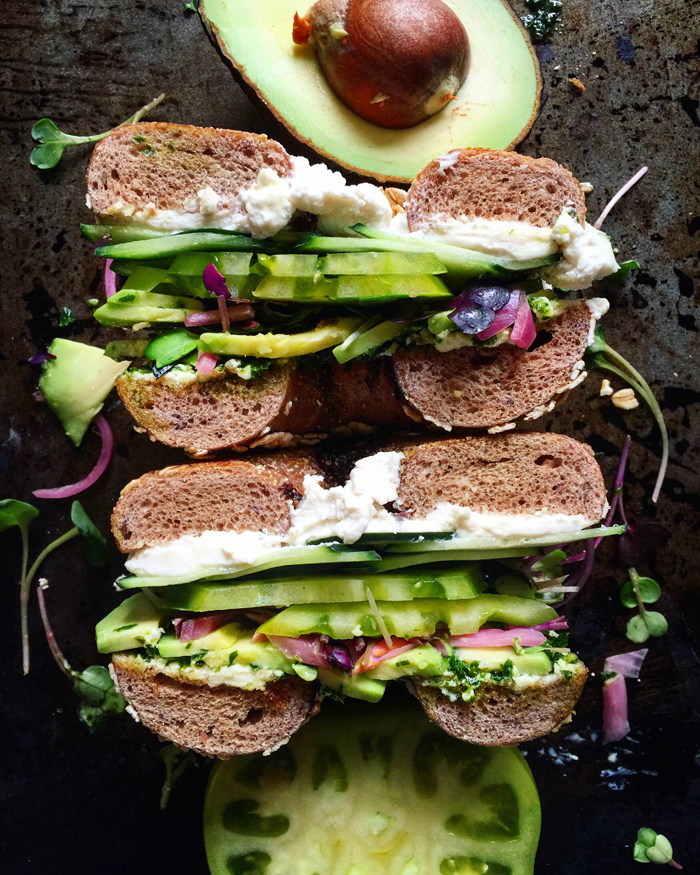 If 2016 was the year of Never Ending Avocado Toasts in your instagram feed, then 2017 will be the Year of Cross-cut Overstuffed Bagel Sandwiches, no longer relegated to just breakfast with salmon lox and cream cheese or bacon, egg, and melted cheddar. 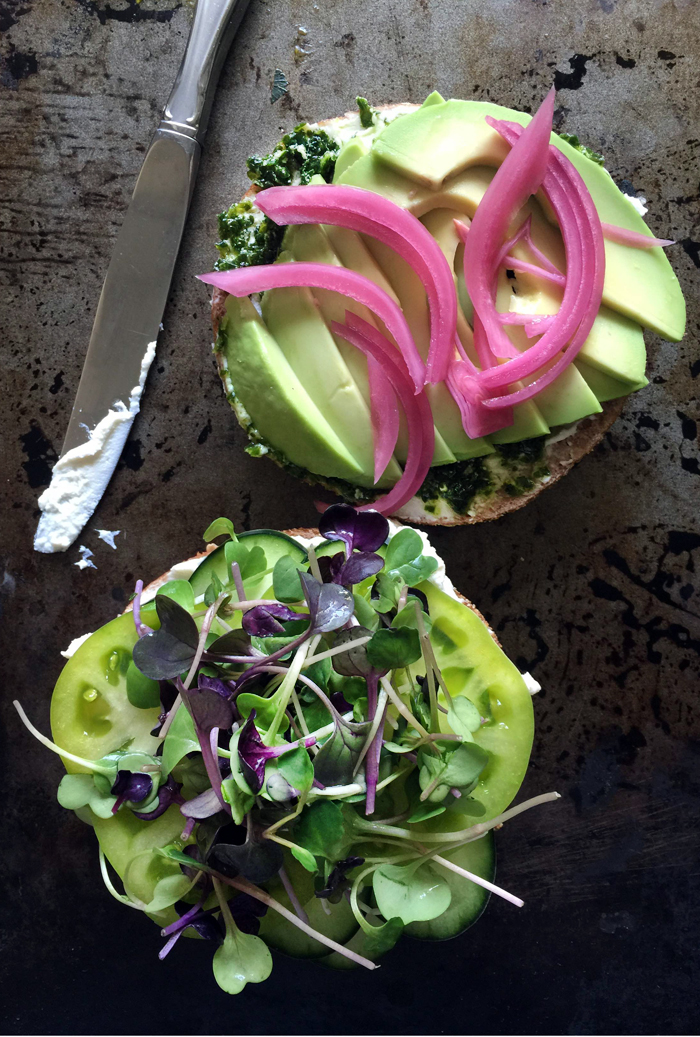 I feel as weird and awkward as you do about "recipes" for sandwiches, which require a recipe as much as a bowl of cereal requires a recipe. But whatever, we're all just trying to make a dollar here, aren't we?

Generously spread each side of bagel with almond milk cream cheese. Spread a thin layer of Kale Pesto (or other strong, green herb pesto) on the cream cheese on each bagel half.

On one half, layer slices avocado, sliced cucumber, sliced tomato, lettuce, sprouts, and pickled red onions. Top with other bagel half.

Cut sandwich in half. Stack halves and take 423 photos before you finally choose one for instagram, which ends up being the first photo you took anyway. Hate life. Post to instagram. Forget to eat your sandwich.