He was close, but his idea of "clingy" was wrong...

We were seated in the favored booth at a favored Italian restaurant catching up, Canadian doubles style because he had come to dinner alone. As always, no, not really, nothing new with us, so we volleyed the conversation back to his side of the table, far more interesting since he was sort of newly single.

We found photos of the most promising of the recent girls he had been seeing on the internet fairly easily and pulled them up on our phones to share across the table. She was attractive, she wasn't necessarily a career go-getter, but most remarkably, she was young — a lot younger than us by at least ten years, maybe fifteen — but dated men who were much older and who were, presumably, settled in their careers, settled in their lives, and looking to be settled in love. She was one of those girls who wanted to find a man who would marry her, maybe, but more importantly, take care of her.

"She wanted to..." he started, then a pause ever so short that I couldn't figure out right away if it was from disgust or disappointment. "...get married or something." The look that overcame his face made it pretty clear.

Marriage is so disgusting.

And so, he continued to explain, he had to break it off because, well, because he doesn't want to be with, you know, a clingy girl.

That's not clingy. Other words come to mind (and would require a dissertation in defense so I'm not going to say them out blog), but it's certainly not clingy. I had mentally latched onto the word and wanted to ask him to explain just how "marriage" is related to "clingy," but dinner was about catching up with him, not debating definitions and delving into deep philosophical discussions about dating. I put it out of my mind for the evening and listened to his stories about her — hot drunken escapades in elevators and dirty rendezvous(-es? -eses?!) in party hosts' bathrooms.

Which, you know, definitely sounds clingy.

(Other words come to mind for that, too, but I don't say things like "trashy" and "slut" on this blog.) 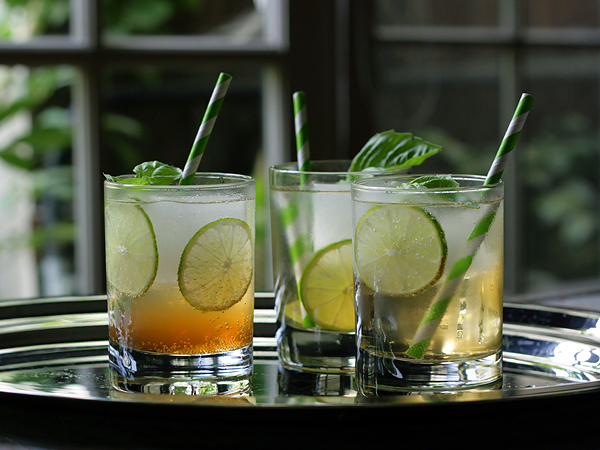 Throughout the rest of dinner, we chatted about this and that over the bites of pasta, pizza, and finally dessert.

He looked wistfully at the cannoli the server placed on the table between us. "My ex loves these. We used to get them all the time," he said.

He hasn't stopped talking about his last real girlfriend since they broke up a year-and-a-half ago. 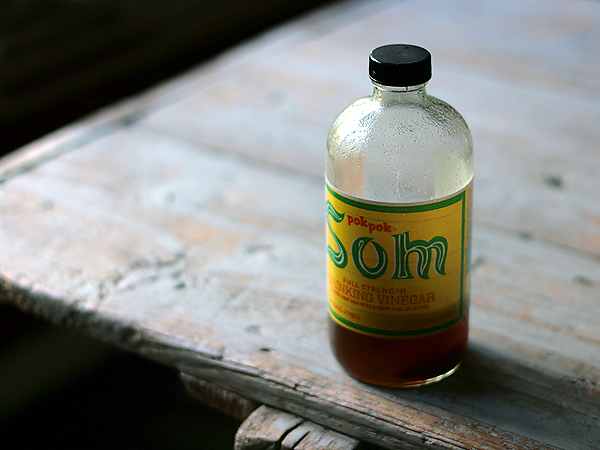 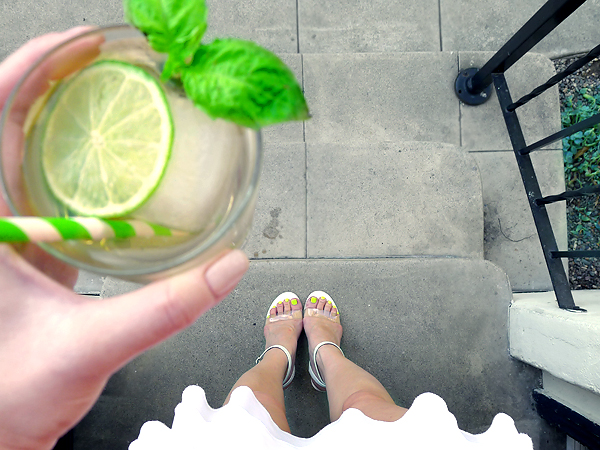 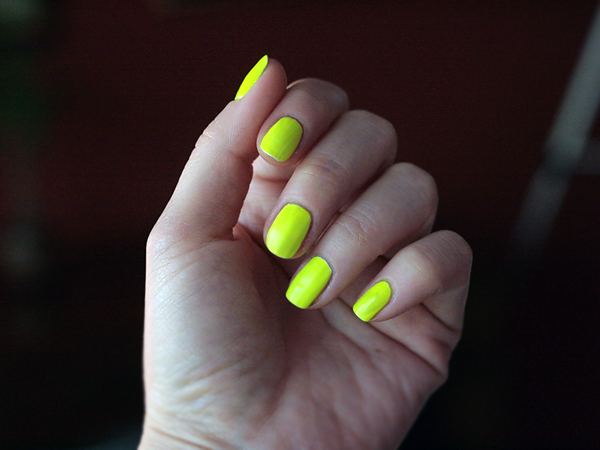 A neon yellow mani/pedi, a white eyelet sundress, and this Tamarind Vinegar Shrumb with Summery Basil and Lime, altogether, is my desperate attempt to cling to the very last bit of summer.

I have not yet been to PokPok Thai, the Portland/NYC Thai restaurant from which these bottled drinking vinegars originate. I was so fascinated by the idea of a drinkable vinegar though, that I couldn't wait to visit the restaurant to try them. I searched and discovered that you can buy PokPok Som online. They are expensive ($17-$19) but they are concentrated so a single bottle goes a long way.

Though my additions of lime and basil to tamarind are definitely summery, there's no reason any of the PokPok Som flavors couldn't be mixed into any seasonally appropriate drink. Apple and Pomegranate for fall/winter? Of course, pedicure yourself accordingly.

For each cocktail, in a glass, stir together PokPok Som Drinking Vinegar, ginger juice, and lime juice. Add ice to fill the glass almost full. Pour in sparkling water to fill glass. Garnish with lime slices and fresh basil leaves.

If you want to make this an alcoholic drink, go ahead and add about 1 shot of whatever liquor you like with the vinegar and juices. I have no idea how it will taste with liquor, though it seems that anything from Bourbon to vodka will work with these Drinking Vinegars.