"Ohmigawdareyou..." Another quiet *gasp*. Eyes wide, then completed in a barely audible voice. "Are you preg...?!"

Yes, I know that's what you're thinking, but the answer is "No."

No, I'm not pregnant.

And why is that the first thing out of everyone's mouth?

My boobs hurt, and in another lifetime, I would have thought the same thing. It's the first sign of...ohmigawd, am I...? I would have pulled up my google calendar, would have started counting backwards, would have racked my brain, trying to determine, rather hopefully conclude, that I wasn't/was/wasn't preg...?!

In another lifetime. When the possibility of conception would have been, you know, possi-

But that's another lifetime (and a different type of blog) entirely. Besides, I would never have thought that. I would have pulled up webMD and diagnosed myself with hepatitis B of the boob.

In this lifetime, rather than setting off a code blue terror alert level orange pregpanic attack, my swollen, tender boobs actually let me breathe a sigh of "O.M.Thank.G." relief.

Not because it means I'm pregnant. (Would you stop asking that?! Mom! I already gave you a grandchihuahua.)

Because it means it's that time of the month.

And that explains everything.

Or at least everything in the last few days of waking up exhausted, bloated, cranky, cranky because I'm bloated, bloated because I've been literalizing table water crackers by sprinkling them with water as glue for the crystals when I dip them into a jar of truffle salt, salt because the bag of sour neon gummi worms I just finished were too sweet, sweet because that's my supposed comfort food when I'm stressed. And depressed. And repressed. Oppressed? And cranky. Because my boobs.

Is this too much information? Too inappropriate? Shouldn't a post about "tender breasts" on a food blog be referring to one of the leanest sources of protein on your plate and not actual HORMONALLY SWOLLEN BOOBS?!?!

Wait. Just where in the contract does it state that this is a food blog?

Nowhere!!! Just be happy that I'm not going to blog about any of the other related body phenomena (at least not this time)

Anyway. So when I write about the Peruvian-style rotisserie chicken from Polla a la Brasa that is fast-becoming a regular, quick and easy, wine-neutral (without the salsas) weeknight meal for us, read between the gah-danged lines of people waiting for what might be the tastiest, tenderest rotisserie chicken plus two sides-to-go and focus on what we're really talking about.

We almost broke up over Pollo a la Brasa.

Sometime in the five or six hours between my offering to be SuperGirlfriend by sacrificing the last few hours of my work day to huff it all the way out to K-town to pick up a whole rotisserie chicken for dinner at the house with his client and standing at the sink after dinner washing dishes, by hand, mind you, because he hadn't emptied the dishwasher of his wine glasses, while they were in the living room or dining room or wherever they were that was definitely not in the kitchen helping me, I was seething with so much white hot bitch-rage that I could have steam-sanitized the silverware just by hissing into the sink.

Ok, so "we" didn't almost breakup.

"I" almost broke up with myself because I had no idea why I was angry, annoyed, frustrated, mad, basically every emotion that rips through your sensibilities, when I was the one who had offered to go pick up food from a shack of a restaurant on an awkward and inconvenient split intersection of Western Ave and 8th Street in Koreatown.

I was the one who offered to cook something at home to replace the unremarkable black beans and awful, just awful white rice made with what I can only imagine is a package of frozen Green Giant peas, carrots and corn thrown into the rice cooker.

I was the one who offered to clear the table while they go finish official business in the other room.

But I never offered to do the dishes.

At least I'm not pregnant. 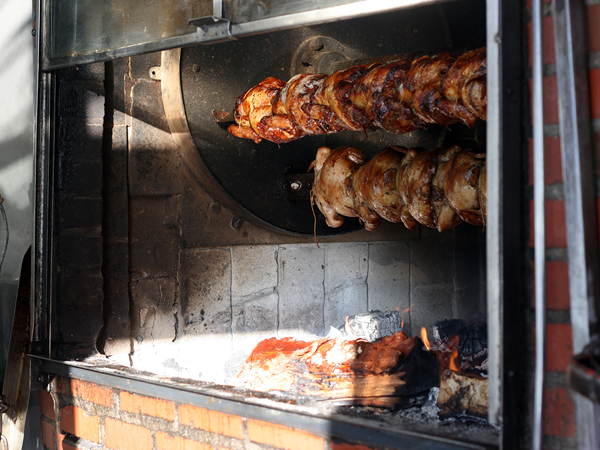 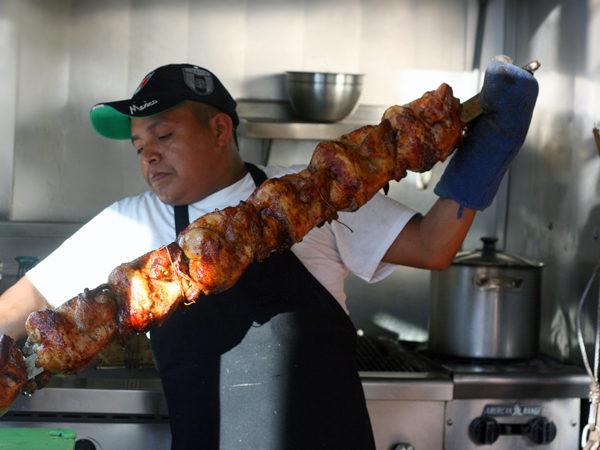 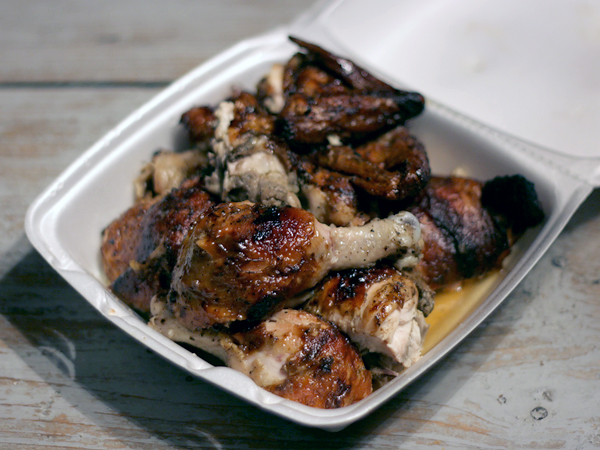 (There doesn't appear to be a parking lot, but so far I've never had trouble finding a spot on 8th, the little connector street on the south side.)