Part of the reason why it has taken me this long to write up "What I Did This Summer" is that, among other pscyho/social disorders, I have an extreme case of mild megalomania, or the more romantic term that I prefer to use when ever so self-centeredly referring to myself, "delusions of grandeur."

I seem to entertain this lofty notion that I am a woman in demand. That I have a lot of things going on. That my calendar is an extraordinary balancing act of meetings, appointments, engagements, activities, functions and every other synonym that represents an event for which I must be present. That it would be darn near impossible to chronicle very single thing in my life, say, on a blog, let alone a single blog post, it all in a timely, yet meaningful manner because my life is So!

But, as I clicked back through my google calendar, scrolled row by row up the excel spreadsheet that I use to record events in obsessive, compulsive, multi-celled detail, and skimmed the almost two dozen half-written blog posts that I started over the last season, I realize that “How I Spent My Summer Vacation" is not nearly an overwhelming topic as I thought. In fact, I captured my entire summer in a paltry 14 bullet points so sadly insignificant they were buried deep within the recesses of a story about cleaning out leftover feelings.

Even if I “stretched” my summer beyond the officially sanctioned boundaries of the summer equinox and the autumnal solstice, to include, say any and all months during which the weather in LA feels like summer, I'd still be at a loss for specific examples of why I was so busy that I hardly time to do anything but...

I was busy. I was so incredibly busy, blazing through the summer with my hair on fire that it felt like I had a lot of things going on, but the reality is, I only had one thing going on. It just took up all of my time. And why was my work life so busy? To answer this question, I turn to everyone's favorite auto-tuned singer:

In case we're not on board the same boat, I am talking about Patrón Tequila.

If you follow that other little food site, you're probably already aware that we had a pretty sordid summer fling with Patrón Tequila.

Patrón Social Club was not only the longest ad campaign we've ever run, but it was our first direct partnership with a brand of Patron's scale. Without going into too many juicy details of how a buzzy little springtime flirtation sprung into a full fledged affair, let's just say that Patrón Social Club's Summer Mixability campaign was a heart-wrenching, emotionally draining, physically grueling relationship that spread in both directions, well beyond the single summer season. 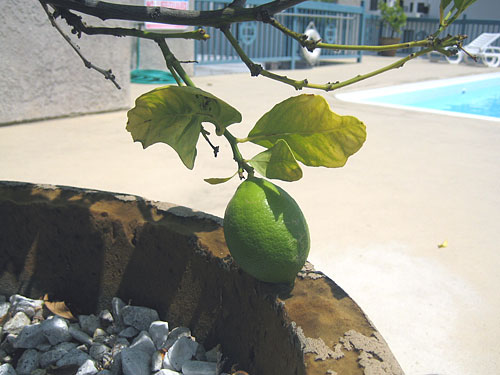 And I didn't do a single shot of it because the entire ad campaign was about food, not drinks. Patrón's taking a food angle was surprising, sure. However, I was utterly stunned when they told me they wanted to pair food with their various tequilas.

Do you know how hard it is to pair food with tequila?

Oh right. It's not that hard if you don't have a sense of taste. Nor a sense of smell. Nor sense in general. It's not difficult at all to dip a chip in salsa between tequila-based margaritas. It's rather easy to inhale a burrito after an entire evening strung together with shots of tequila. But to pair tequila with a dish so that the two flavors complement each other, maybe even bring out the subtleties in each other? It's damned near impossible. Is there really anything subtle about tequila anyway?

And we get to do it all over again because we won Patrón's Holiday campaign.

This is a special note of thanks to Curt at LiveFire, Jennifer at Chocolate Shavings, and Jo at MyLastBite, whose stories, recipes and photos for the Summer Mixability Campaign were featured all summer at the Patron Social Club and are available there now.

Perhaps it was a bit of an exaggeration to say that there are no foods that pair well with tequila because obviously, Curt, Jennifer and Jo did this summer. We also came up with half a dozen, including this ceviche which does indeed, have a splash of tequila in it. I had originally thought to re-create the Shrimp, Avocado and Mango Ceviche I have made and shared before, but Patron wanted something special for them.

Whatever. I was irritated, but it's not just about me, anymore, is it?

How to Make Ceviche:

In a medium bowl, mix lemon and lime juices, olive oil, garlic, jalapeno, salt and pepper. Stir in seafood and let marinate for 1 hour in the refrigerator. The citrus juice will 'cook' the raw seafood.

Add the remaining ingredients to citrus/seafood combination, and let marinate for an additional hour in the refrigerator.

Serve with warmed tortillas or chips.