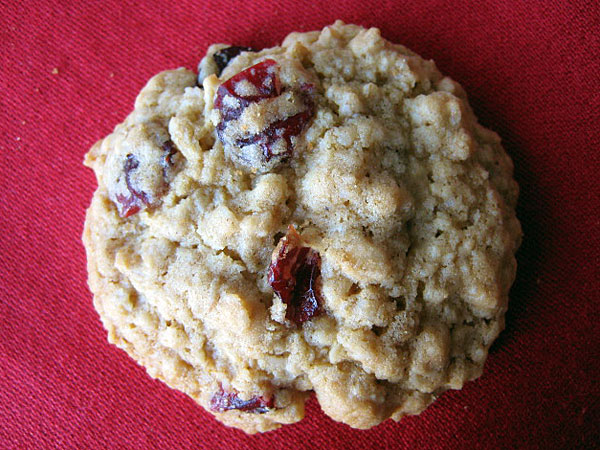 There's this rule, see. It's like the 80/20 Rule, except I'm probably exaggerating it a little to make a point.

Sometime during my long and over-educated lifetime, I came across this statistic that despite being rather remarkable, cannot possibly have had anything to do with my education, job, or interests at the time, or any time really, which leads me to believe that my brain involuntarily recorded the seemingly random fact from one of the hundreds of dinner table lectures in which my Dad imparted wisdom that was totally irrelevant for 3- and 5-year olds like the Rule of 72, The Prime Rate, and Time is Money, but some thirty years later, would escape the confines of my long-term subconscious memory and finally be useful on a food blog in a blog post that has nothing to do with food even though it's on a food blog.

Now that was a trainwreck of a runaway sentence wasn't it?

As you can tell, most of the lessons were business and finance-related, which makes no sense because Dad was/is in the field of healthcare, but at the very least, was consistent with all of his other parenting tactics like sending me to computer camp at age 6, suggesting we wear suits with skirts that hit 1" below the knee instead of normal ooh la la, Sassoon! elastic waist jeans like all the other kids, and giving me a copy of What the Don't Teach You at Harvard Business School in the 4th grade, which to this day, I still have in my bookshelf, but have not read, just like the textbooks I bought some 20 years later when I went to actual business school. (Don't worry, Dad doesn't read my blog.)

Doesn't it totally make sense that this would come from my Dad?

I can say with utmost confidence that the accuracy of that percentage split is suspect if not completely pulled out of my ass, but like as we say in dieting and age discrepancies in dating, the actual numbers don't matter.

What matters is the severe disproportion that rivals (but doesn't beat) Giada's head:body. The bulk of whatever it is that's important (sales) is placed into a tiny timeframe. The real issue, though, is not that we, businesses, the economy, society in general (?!) seem to do all of our spending in a single quarter, but that we do all of our spending in the last quarter.

It's just the nature of this particular economic beast. No one expects anyone to pace our purchases, space out our spending, and perhaps finish at least half our Christmas shopping by June. But the significance of the last quarter is that it is a chance for retailers to assess just how little damage was done in the previous months and put that much more effort into making up for it.

The last quarter of the year is also when I seem to do the bulk of my blogging.

Well, no, it's not procrastination... for everyone else. Like retail, the food web (in general) starts every year at a slow simmer, mostly because it's recovering from the frenzy of the Holidays that have just past, and "eating food" has to disguise itself as some sort of healthy "resolution." "Food" starts to pick up steam through Spring with a few holidays that can be twisted to revolve around food, steadily paces through summer, it seems, when grilling season opens and markets overflow with fresh produce.

When we get to that last 20% of the year, bloggers launch into a full-scale fall and winter frenzy that starts with Halloween candy, accelerates through Thanksgiving turkey dinner into almost uncontrollable culinary chaos that finally comes undone after the bones from the Christmas roast are made into stock. And all of this underscored by "holiday baking" that encompasses everything from brownies for the charity bake sale to cookies for the cookie exchange with your girlfriends to homemade gifts for everyone in your office.

Just the virtue of having so much to blog about IN the last 2 months of the year isn't quite the reason for MY volatile, unbalanced blogging year. Sure, it's due marginally to procrastination, but the reality is, well, reality. There was just something that demanded my full attention All. The. Time.

A harried, hare-like race to the 12:01 01/01/10 finish line of organizing and outlining and writing and publishing all those posts and pictures lined up in my mental queue that were better off left in 2009. Some of them are stories of heartbreak and healing — physically filing them away in the archives of my blog is symbolic "closure." Others are recipes (baking *ahem*) that no longer (if ever, really) accurately represent who I are. Most of the rest are events and experiences that just wouldn't make sense in the grand temporospatial continuum that is The Delicious Life if they spilled too far past the winternational date line.

This doesn't even include, you know, all those posts that are still festering in a folder labeled "2006."

I probably shouldn't have let that second week of December slip by so quietly, nor given up so easily in that third week. I compromised by telling myself that I would at the very least get Holiday, requisite Best of 2009 lists, and New Year's resolutions written in that 11th hour "dead week" between Christmas and the New Year, DO or DIE.

Surely you can guess that I did not DO.

I obviously did not DIE either, but I came close. The morning after I came back from spending three full Christmasy days with my entire family, which includes four tiny, toddler-shaped test tubes full of germs, the flu attacked me so violently, I was sure that my Dad's annual "Common Misconceptions Debunked: Cold Causes Cold/Flu," no joke, during dinner the night before was a prophecy. I was basically in a feverish walking coma for 10 days.

And cookies made with a fruit that Dad can add to his syllabus for "Everything Comes from China Except Potatoes and (now) Cranberries." 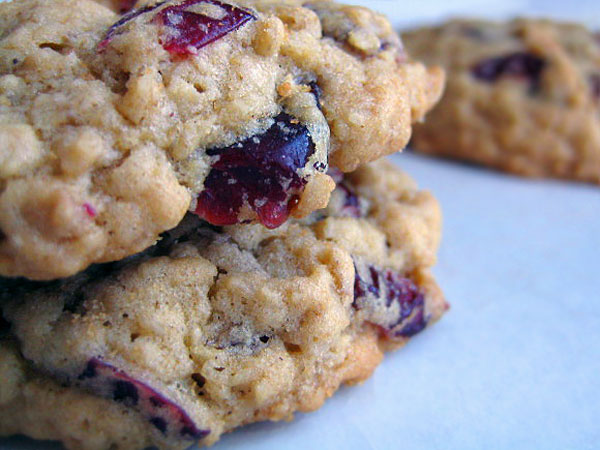 Sift together 1 c whole wheat flour, ½ c all-purpose flour, and ½ tsp each of

Stir in 3 c. rolled oats and 1 c. dried cranberries. You can add nuts, but I didn't. I hate nuts in cookies.

Roll heaping tablespoonfuls of dough into balls and place on greased cookie sheet about 2-3 inches apart (they don't spread that much). Mine baked for 9 minutes and 45 seconds. Yes, I am training myself to be more precise when it comes to baking.